PM Imran Khan Welcomed By A Crowd Of 30,000 Pakistani-Americans In Washington

Around 30,000 Pakistani-Americans, gathered at Capital One Arena in Washington DC, to meet Prime Minister Imran Khan. The stadium has a seating capacity of 20,000, though thousands more are seated in main playing arena. Imran Khan said his vision for ‘Naya Pakistan’ is merit and equality for all citizens. 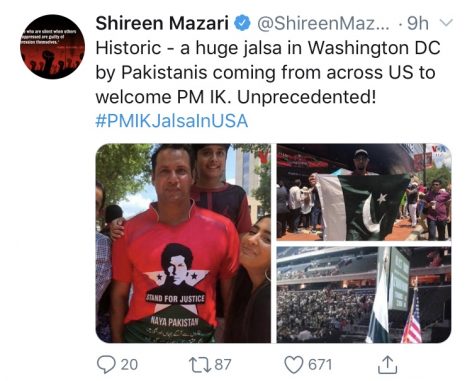 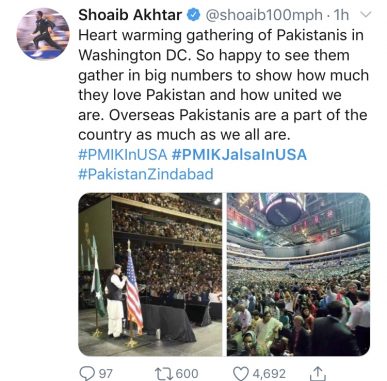 Imran Khan was with some members of his Cabinet where he delivered a speech about the benefits of meritocracy, a relentless fight to stop corruption and laid out his vision for Naya Pakistan. The crowd was super enthusiastic and energetic. Many Pakistanis based outside of the US live streamed the jalsa. 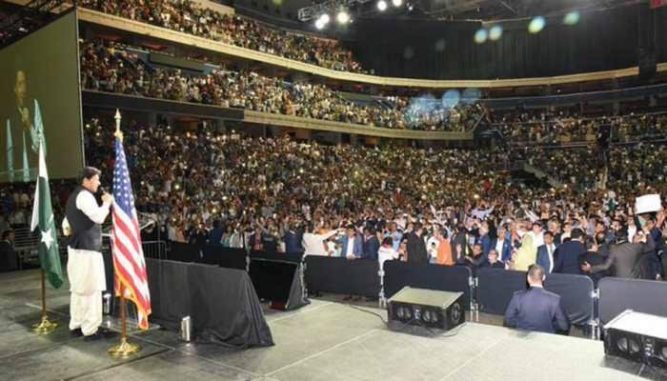 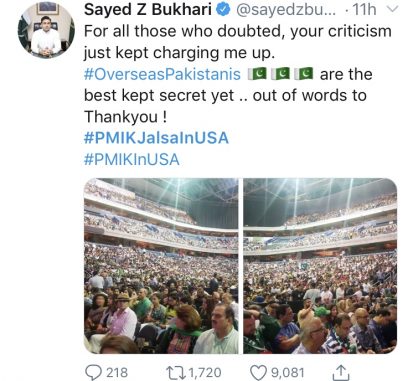 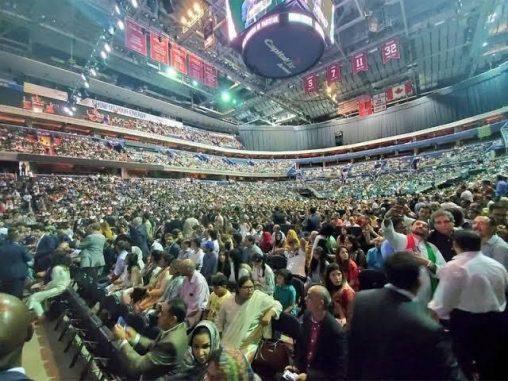 “Naya Pakistan is being created in front of our eyes. Everyone is accountable and there will not be two separate laws for the rich and the poor,”. 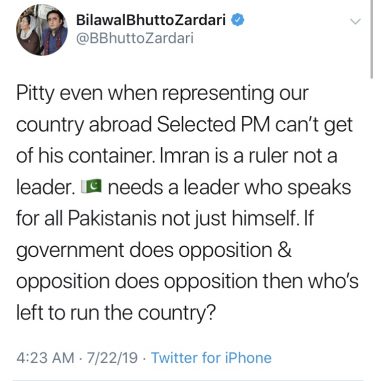 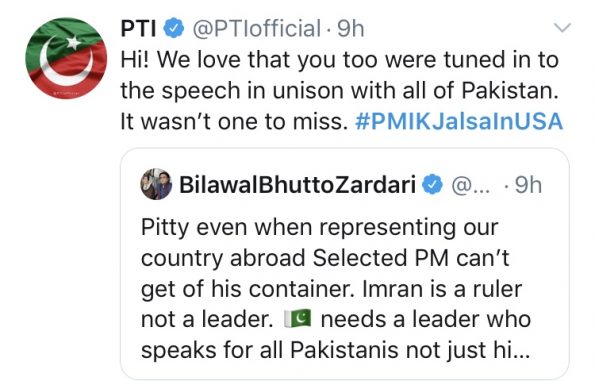 Pakistan Peoples Party chairman Bilawal Bhutto Zardari could not stand the amount of love and respect Imran Khan was receiving and took to his Twitter to express his thoughts and only in return to get trolled.
People from every state of America and other countries including Canada are reached Washington D.C to be a part of the historic moment. The packed arena is a proud moment for Pakistanis around the world!