The First Major Hollywood Awards Show To Go Virtual, The (Pand)-Emmy's Were Peak 2020! 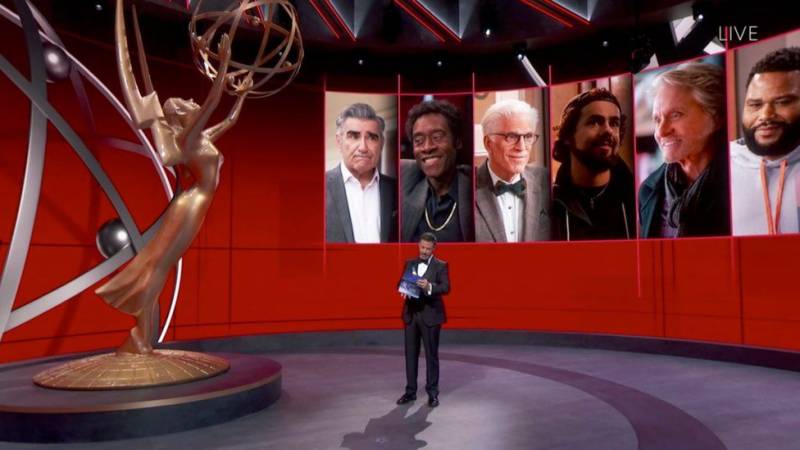 Schitt's Creek, Succession and Watchmen take home the glory at the 72nd Emmy Awards! The last thing people will remember about the 2020 Emmy Awards is not who won - Zendaya 24, became the youngest ever winner of best drama actress for her performance in Euphoria, Schitt's Creek made history by sweeping all the comedy categories and HBO won pretty much everything! The 72nd Annual Emmy ceremony itself will be the what sticks in people's minds as it was the first major awards ceremony in Hollywood to go virtual. Here are our  takeaways from last night's ceremony   Who took the Honours:

Mark Ruffalo, “I Know This Much Is True”

Writing for a Comedy Series

Writing for a Drama Series

Jesse Armstrong, “Succession” (“This Is Not for Tears”)

Writing for a Limited Series, Movie or Drama Special

Damon Lindelof and Cord Jefferson, “Watchmen” (“This Extraordinary Being”)

Directing for a Comedy Series

Directing for a Drama Series

Directing for a Limited Series, Movie or Drama Special

Emmy Awards: The Ten Best Dresses of All Time

The Looks We Loved from The 68th Primetime Emmy Awards

THE LOOKS WE LOVED FROM THE 68TH PRIMETIME EMMY AWARDS