She has the Midas touch, anything that merely brushes Saba Qamar, becomes gold. Her newest venture, a YouTube channel, is also exceeding expectations! Saba has  just dropped the second episode of her online show and we are blown away!

The episode begins with Saba being roused from sleep by her manager, who reminds her that she is scheduled to attend a talk show. It’s clear, she is not game for it, as the host is notorious for asking the most belligerently sexist (and stupid) questions.

Fast-forward to the evening, the show begins. Clad in a stunning navy blue dress, she is seated next to her host, Chamatkar sahab – played by Shoaib Khan, the viral makeup artist. One look at his monotonous suit and listening to his lisp and drawl, makes one wonder… wait, I think I know him! (Yes, you do). 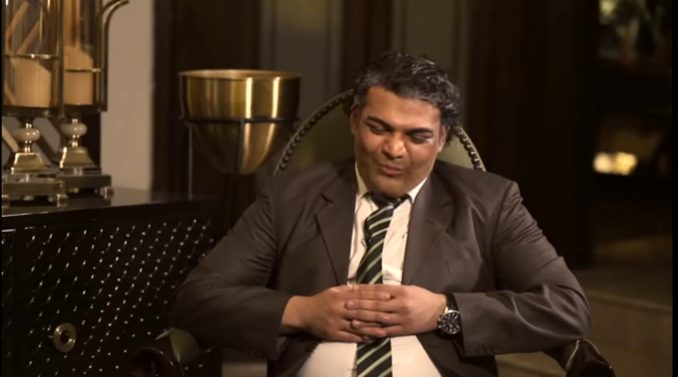 Imitating a famed television host, he baffles Saba Qamar with nonsensical questions (with flamboyant Urdu words thrown in) which irk her no end. Saba’s obvious discomfort and the host’s joy at inflicting those ‘casual’ barbs  is an example of how some Pakistani talk shows have no defined boundaries when scrutinizing a public figure’s life.

Saba sits pretty, smiles and retorts back smartly through the first set of questions which include… 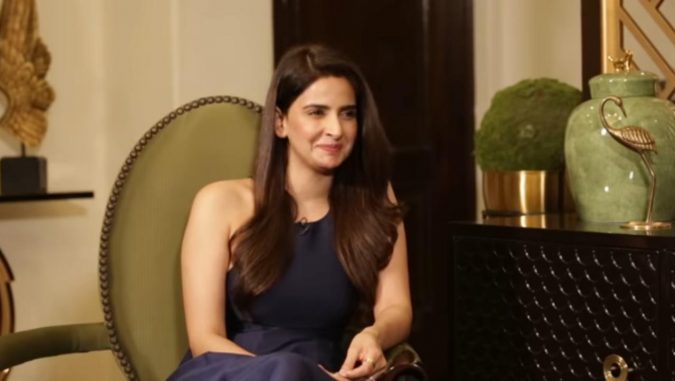 Actresses these days don’t have the shine or sparkle, which was spotted amongst the veteran actresses, why is that?

What should be the age of the female actresses? And by what age should they quit the industry?

Saba retorts sarcastically to this with: ‘I think they should die by 18. What about our parents, when they’ve  had kids and moved on with their family life - once they get old, should they die too?’

This gets Saba talking and her monologue is spot on:  She comically calls out indecisive Pakistani men who cajole women with promises of marriage, keep them waiting and then ultimately tie the knot with their second cousin! Incidentally these men are prone to lying, cheating and tormenting women as well.

Saba’s comic-timing is so perfect that she has everyone in fits! Also, the ‘relatability’ factor of her on-point answers hit home for many women in our society, whilst ensuring them some fabulous comic relief.

Kudos to our May cover girl for putting together such great content for viewers! 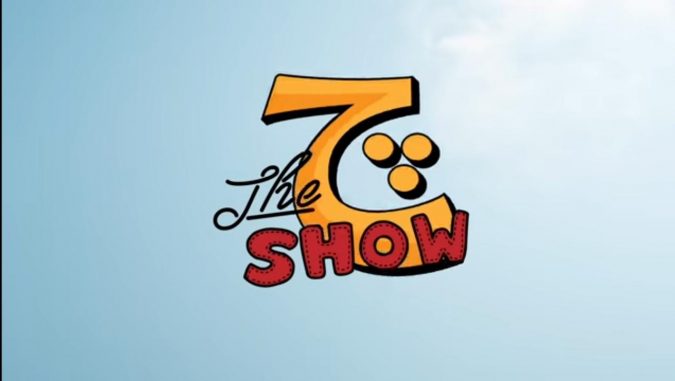