‘WE ARE THE SAME’: IN CONVERSATION WITH INDIAN SUPERSTARS - DILJIT DOSANJH AND SARGUN MEHTA 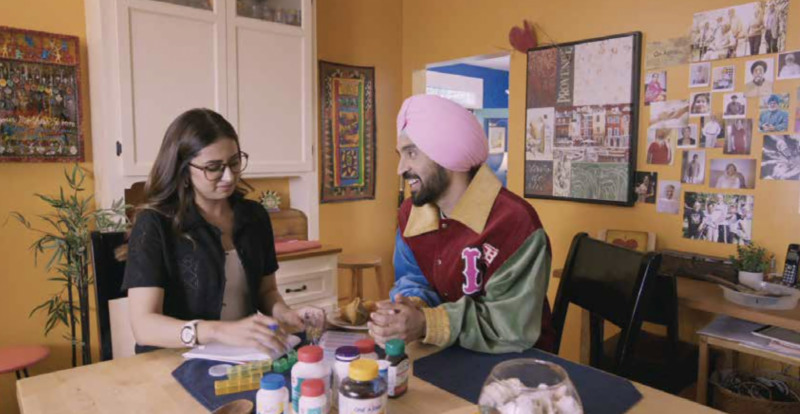 It’s always a pleasure when we see actors from two nations (India and Pakistan) come together for the sake of love and entertainment especially after a hiatus of a few years. Singer-turned-actor Diljit Dosanjh who’s a man of few but significant words is a huge superstar not only in India’s Punjab but as well as in Pakistan – naturally we had to speak to him when we got to know that his latest upcoming Punjabi movie ‘Babe Bhangra Paunde Ne’ is also starring one of our own, Sohail Ahmed. The cast of the movie, Diljit and Sargun both sang praises for the Pakistani veteran in this exclusive interview.

Dive right into it and find out what these amazing Indian actors had to say about their upcoming movie, what makes Pakistan and India, same and of course the love that binds these two nations together, Indian films and Pakistani dramas...

Back to the theatres

'Sat Sri Akaal'! Thank you for this interview and it’s my pleasure to be here, talking to you guys. I am super thrilled for this movie as my earlier movie ‘Jogi’ was released on Netflix but we are releasing this movie in theatres which is completely different – it is not only full of comedy but also has a very sweet message and I hope that message will reach everyone. I am working with Sargun and Sohail sir for the first time so that’s very exciting as well. I hope you’ll love watching it too as we had a great time working on it.' 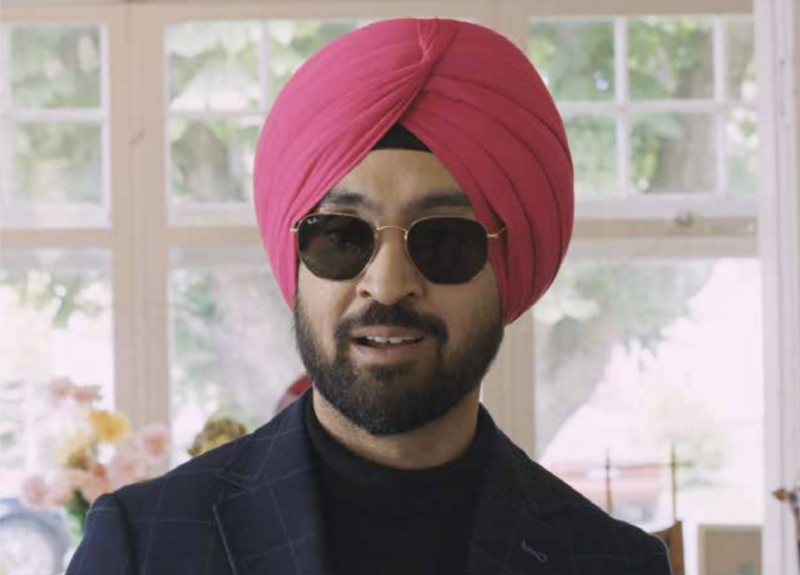 Perfect cast for a perfect movie

'I think all the characters in this film were made for these actors who are playing them – no one else could do the role of Sohail Ahmed but him only, it’s tailor-made for him like it is for the rest of the cast that is part of this movie. I believe that the actors that this story deserves are all part of it – a great project comes together when the right characters are met with corresponding actors. The film has a lot of art in it–if there is a good script and a good character, the artist likes to work. An artist is only hungry for people to like his work. I hope everyone who liked the trailer of this movie will also like the whole movie.'

If there is a good script and a good character, the artist likes to work. An artist is only hungry for people to like his work

'First of all, working with Sohail Sir was a dream come true and I was elated to share screen space with him – Sohail Ahmed is loved not only here in Punjab but also in Punjab of India. When we were creating this character, we only thought of Sohail sir – off-the-record,

I told the producer if Sohail sir doesn’t agree to do this movie, I would not even film it. I was that sure about him in the movie

For the love of cinema

'I think the environment is quite different now for everyone post-covid and they just want something entertaining to watch while experiencing the world of cinema in theatres and this movie is bound to bring that joy people have been craving. The film is titled ‘Babe Bhangra Paunde Ne’ in which the main message is delivered by an elderly man played by Sohail Ahmed. Every year we try to give one Punjabi movie, this year’s movie is ‘Babe Bhangra Paunde Ne’. I hope everyone will enjoy the movie.'

Not just for laughs

'When you watch the trailer you’d be rolling on the floor laughing but there is an open message in this movie as well for our youth. When the movie starts there will be a message embedded in the film and you will know that we are also giving you a message through our work and symbolism. I hope that we’d be able to convey the message positively.'

What’s the movie about?

'I won’t reveal the story but it is all about loving the ‘babas’. The title of the film also revolves around ‘babas’. My character is a comic character. I would also like to say that my character has really looked after Sohail sir and we have kept him with much love.'

'I have worked in theatre which was my learning podium so now whatever I do I feel it’s because of what I have learned and experienced in the theatre world. I began my career with Diljit Dosanjh. I started working in Punjabi films by watching Punjabi films.

The good I heard about Diljit Sir was very little, he is far ahead and far more than people say about him

'Whether you are laughing or crying, people like the film you make with heart and I like the film that people like. When I signed this film, the only thing in my mind was that I have to learn something from it. I didn’t think I would be able to perform in front of so many senior actors because I have learned to work by watching these people. The script of this film is very different.' 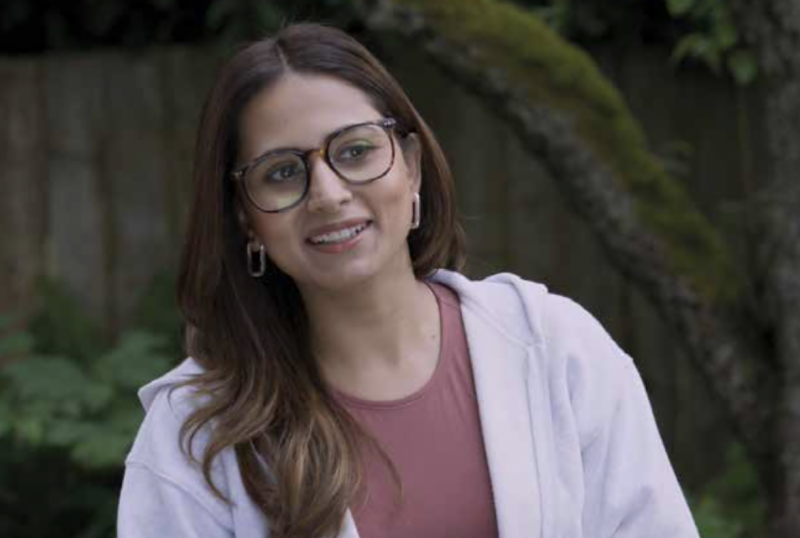 'I am very happy when I am on set because I love shooting. This is my first Punjabi film which will be shown in Pakistan. I hope Pakistani people will like this family movie.'

'Sohail Ahmad is a legend in Pakistan, and his shows are also very popular everywhere – it was an honour working with him. ‘Azizi sir’ is famous all across – my family is a huge fan of his work and I have watched his show ‘Hasb e Haal’ and absolutely fell in love with his work. I have learned a lot during my film shooting about the culture and tradition of Punjab (Pakistan) which is very similar to ours, especially the language. I would say the Punjab is ‘sanjha’, we are the same.' 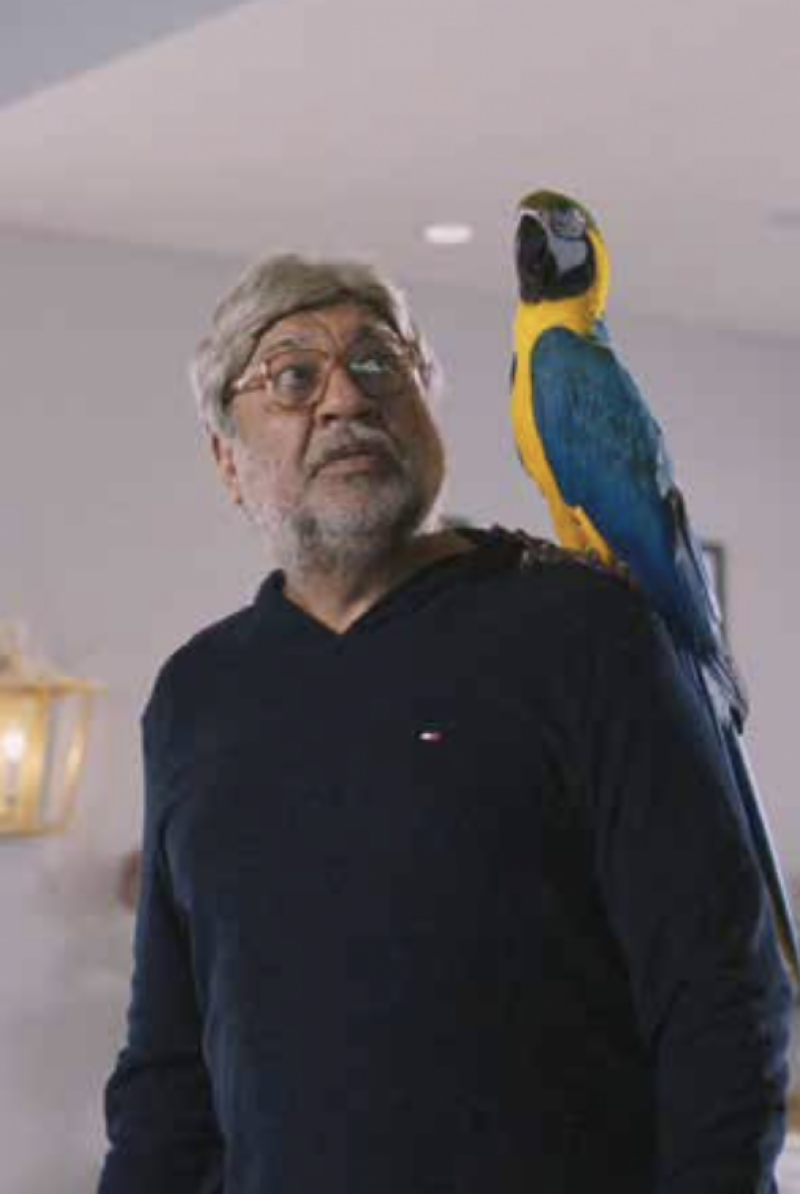 I am the biggest fan of Pakistan Drama – I have an entire list of Pakistani dramas. I always keep a list and finish Pakistani dramas in three or maximum four days. My top of the list is ‘Mere Pass Tum Ho’, which I have already watched thrice. I love ‘Raqeeb Se’, the drama is a head of its time and written beautifully. 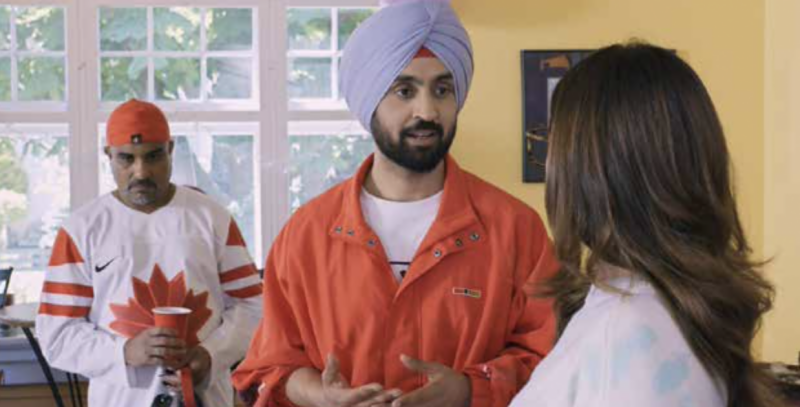 Message for the readers

I hope you enjoy watching the movie as much as we enjoy shooting it.

Pakistani and Indian Singers Come Together For Indian Movie, 'Begum ...

'The Sensational Life and Death of Qandeel Baloch' Shortlisted For ...