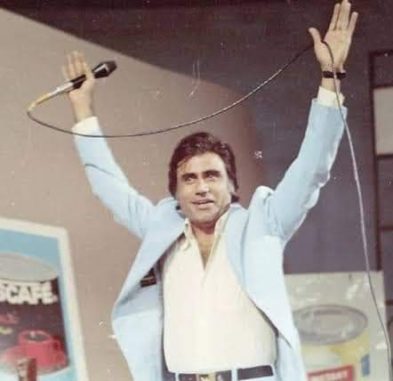 Born in 1936, Tariq Aziz's family came from Jalandhar, India. He began his professional career from Radio Pakistan and was one of the most recognisable voices on radio. His programme Neelam Ghar later named Tariq Aziz Show and later known as Bazm-e-Tariq Aziz started in 1974 on Pakistan Television and continued for four decades. His hosting skills on the show made him a household name in Pakistan. When Pakistan started its initial television broadcast in November 1964, he was the first male host. 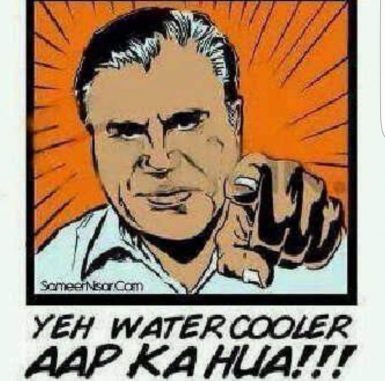 The late actor was seen in many Pakistani films such as Insaniyat (1967) alongside Waheed Murad and Zeba, Haar Gaya Insaan, Salgirah(1969), Qasam Us Waqt Ki, and Katari. 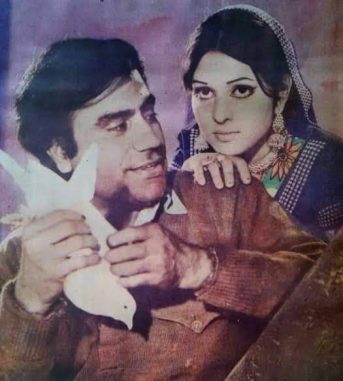 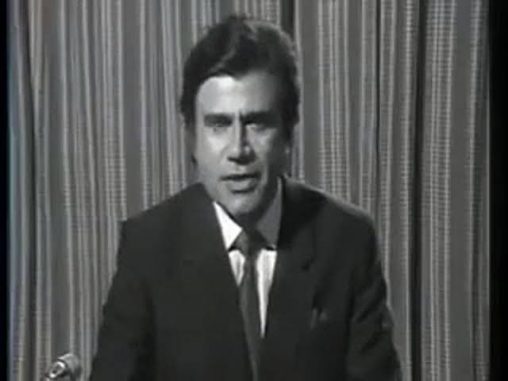 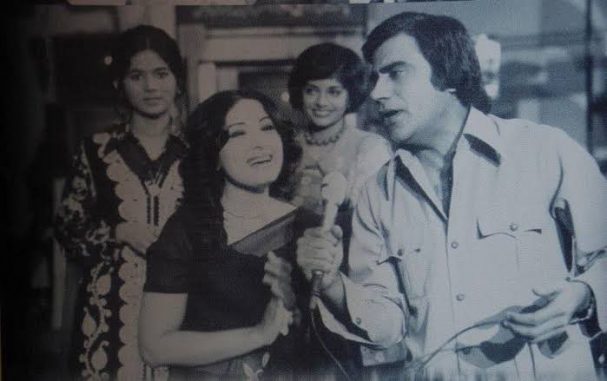 Aziz was also a politician and became a member of the National Assembly of Pakistan between 1997 and 1999.

He was awarded the prestigious Pride of Performance Award by the government in 1992.

Condolences poured in for Tariq Aziz on social media following the news of his death: 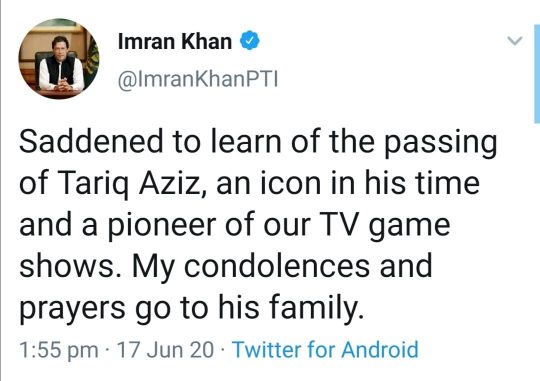 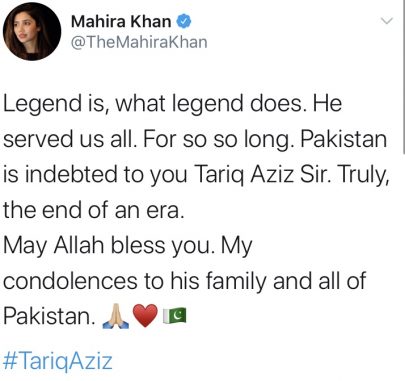 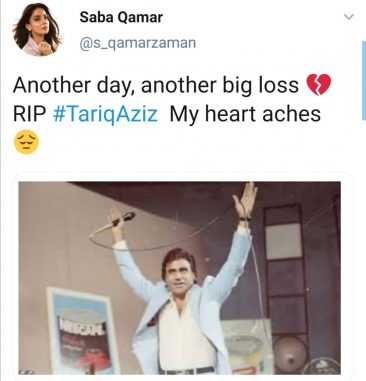 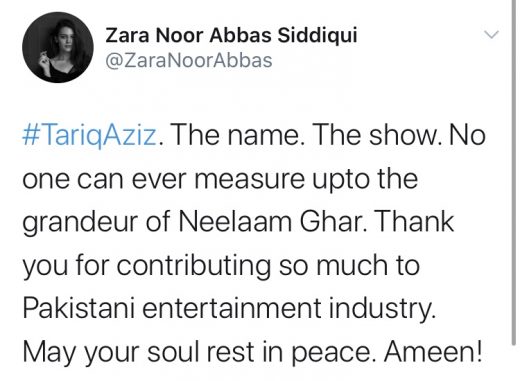 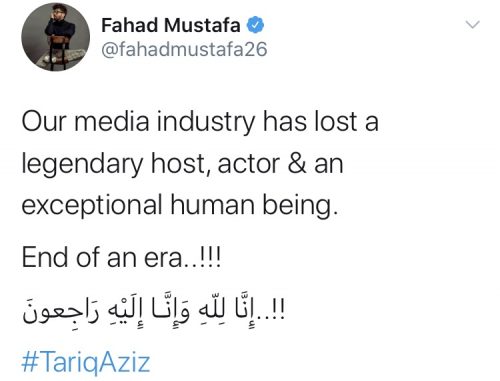 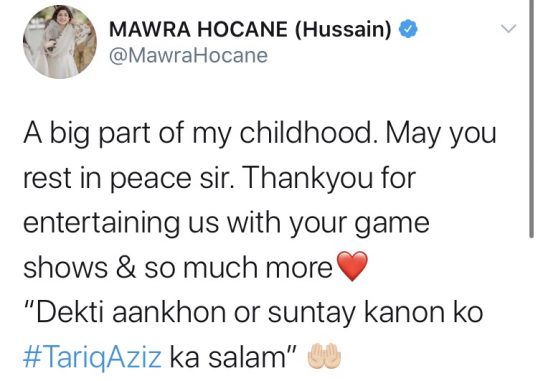 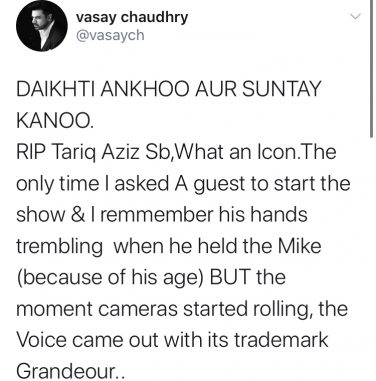 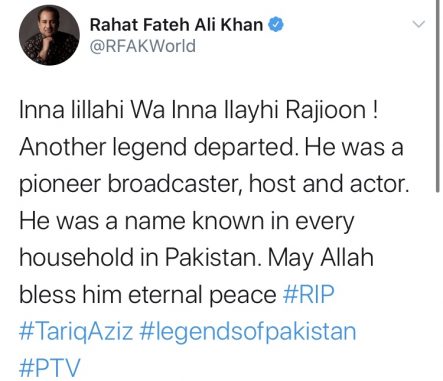 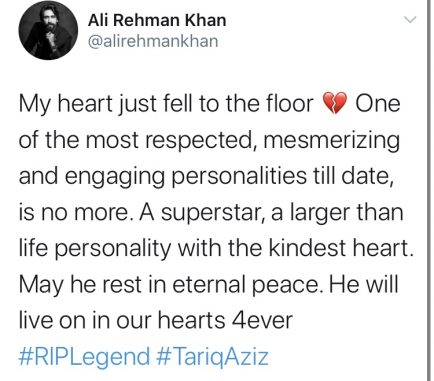 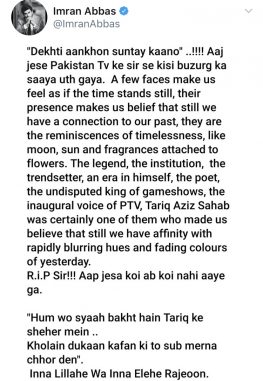 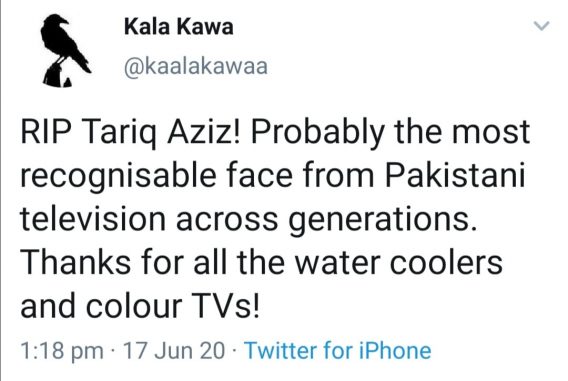 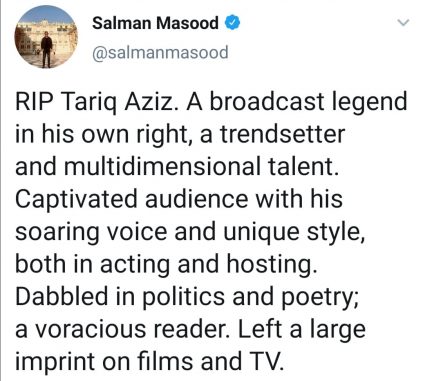 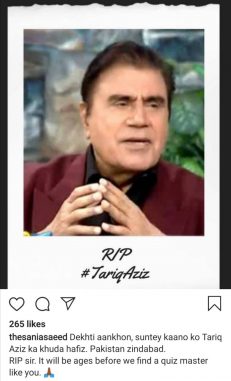 The Legends of Peshawar