Their Moment In The Sun At The Lux Style Awards 2019

From performances to top winning moments, here are the highlights from this year’s 18th Lux Style Awards that took place in Karachi. It was a glitzy affair and a star studded night.

The 2019 Lux Style Awards were a truly Pakistani offering to the world of entertainment, smartly paying tribute to Lollywood of past times. That evening, two icons of a bygone era, actors Nadeem Baig and Shabnam were in Karachi to receive their lifetime achievement awards, represent Lollywood past, and inspire our new generation of actors and filmmakers. 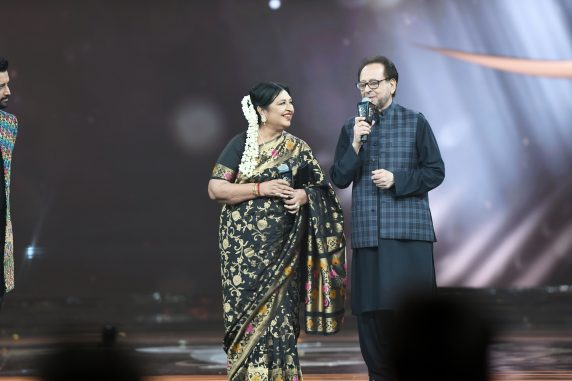 In a fitting tribute, some song items at the show were from the classic movies of this duo, beautifully upgraded to suit the times, providing superb music for our film divas to display their dancing skills — in order of success: Saba Qamar, Maya Ali, Mehwish Hayat and Meera Jee. They looked lovely and brought back those pretty, classic lyrics to life such as ‘Wada Karo Sajana’ from the film Aina and Madam Noor Jehan’s famous ‘Chitti Zara Saiyan Jee Ke Naam Likh De’ from the film Dosti. 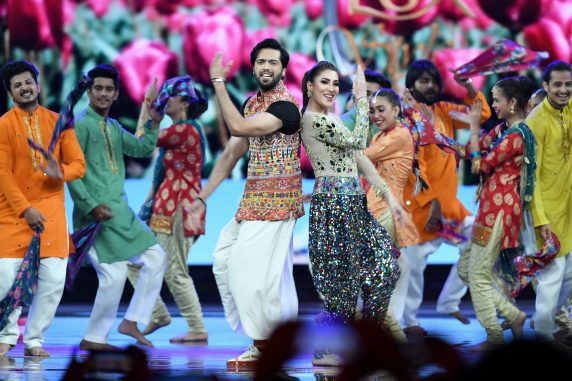 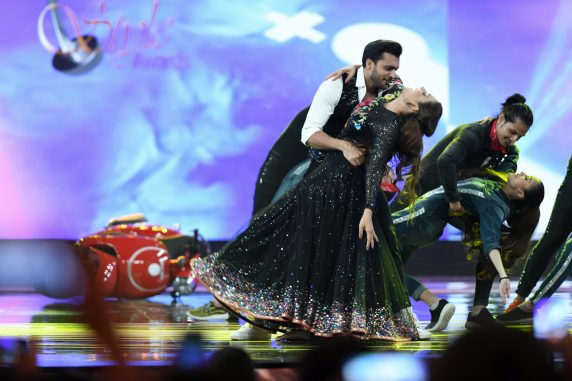 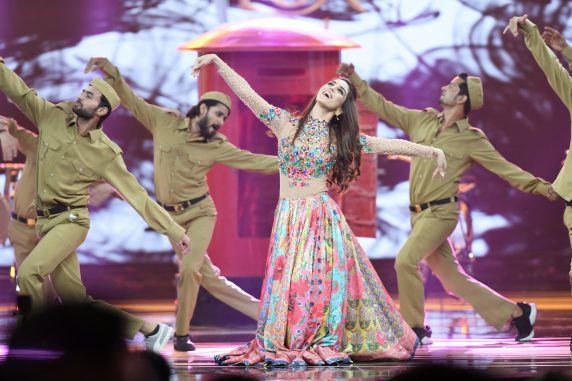 Unfortunately, we can’t add Momina Mustehsan who led the opening act of the show to this list because she can’t dance at all, and her content was not Lollywood. Infact, her saving grace was to be in the company of Lyari-based rapper Eva B, for an ensemble dance performance with a group of local girls. More power to them. Eva B covers her face and performs under an alias so that she receives no flak from her community and is respectful to her family – her presence on stage was powerful as was the message of her song #apnatimebhiaiga! And speaking of messaging, this year there was a complete blanketing of last year’s super hyped #MeinBhi movement brought on the LSA platform in 2018 by show director Frieha Altaf. The expulsion of the theme from this year’s event was confusing for many in the industry who were hoping that consistency would be maintained. 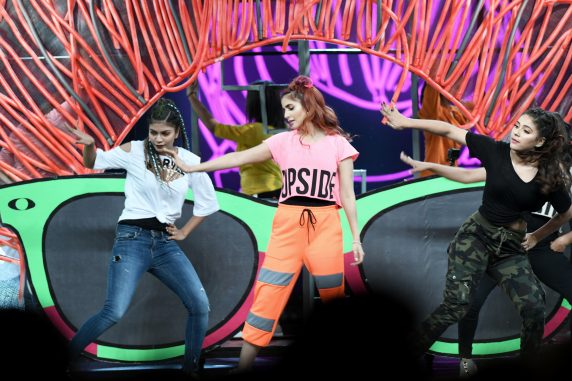 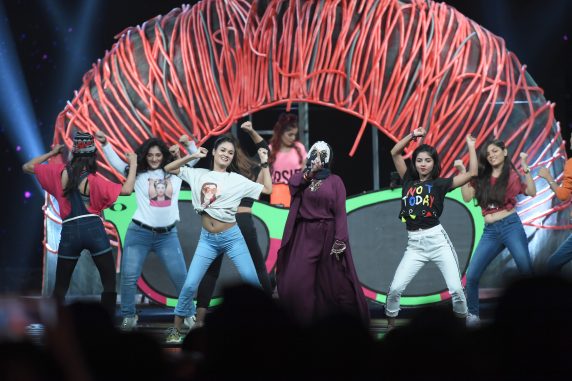 And consistency is not necessarily hype — mention, acknowledgement, a finger on the pulse of the moment. The people who stood their ground from day one didn’t attend the show: models Eman Suleman and Rubab Ali, makeup artists Saima Bargfrede and Fatima Nasir, brand Generation, the band Sketches. Consistently vocal about this issue, veteran designer Maheen Khan was on Facebook that weekend to express her disappointment at this lack of commitment and the fact that she wasn’t even invited to LSA 2019 for expressing her thoughts! Meesha Shafi, who is currently in Canada was also fervently on Social Media on the day. Designer Mohsin Sayeed listed out his disappointments and thoughts on the issue on the same platforms and was bold and to-the-point. Hareem Farooq was visible by her absence, she made an even-handed decision, and kudos to her for not being overawed by peer pressure. But the show must go on, and it is the world of entertainment, entertainment, entertainment. As journalists, our job is to record events objectively — as an editor, standing with truth, values, being morally sound and looking at both sides of the story is requisite. 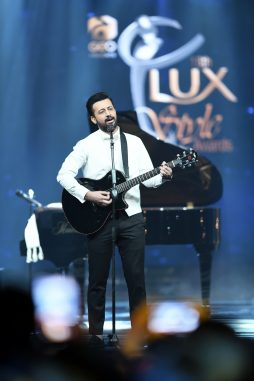 Shabnam and Nadeem were reunited on stage when Atif Aslam sang his version of ‘Mujhe Dil Se Na Bhulana’ – goosebumps all the way! Moments like these were special, as was Atif Aslam singing ‘Thaam Lo’ from Parwaz Hai Junoon; Pathan music group Khumariyan won song of the year for ‘Ya Qurban’ — ; and Iqra Aziz, that mini-powerhouse, won two awards for best TV actress (critics and viewer’s choice) for Suno Chanda! And if this wasn’t enough, Yasir Hussain took a huge leap away from the script and went on bended knee to propose to his love Iqra Aziz in front of the entire LSA audience. What a moment! Naysayers will always say why make it so public, but from so many others, massive applause! 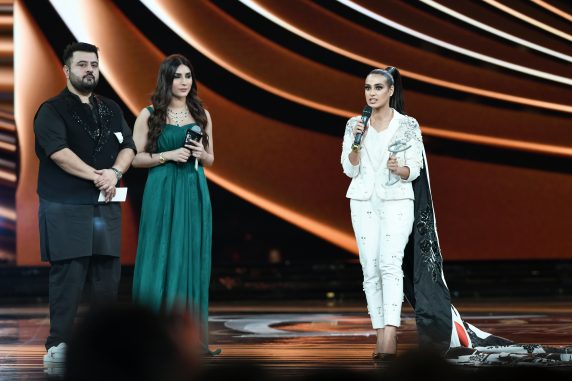 The event was also a spotlight on a few actors who had their moment in the sun that night! In the film awards categories, Fahad Mustafa and Mehwish Hayat were ‘the’ duo in the limelight, entertaining us with very well-choreographed numbers from their film Load Wedding – they won best actor and actress for the film which was well deserved. It is really a pleasure to see Mehwish Hayat’s seemingly effortless work — she has become a consummate professional. And can’t say if one was surprised: Ali Zafar won best actor and Ahsan Rahim won best director for Teefa in Trouble! Great film — their professional output is what they were being judged on, not anything else. But as it should have been, Ali Zafar was not at the event, which seems about right. 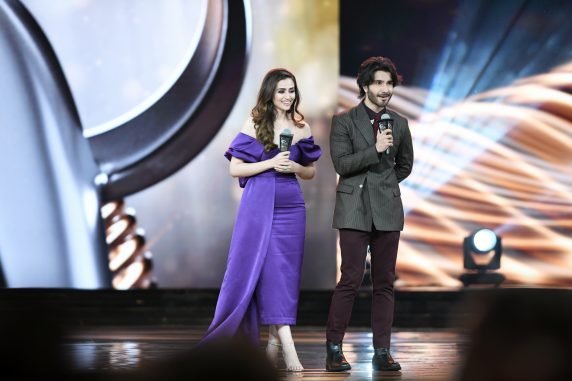 In the drama awards categories, Feroze Khan won best actor and was thrilled to bits! Many fans would like to see him in a gentler role in the future, nuanced if possible. Let’s see where that would go? Another highlight was to see a writer who had an important social message to impart and was given the best drama writer award– Bee Gul for Dar Si Jaati Hai Sila, and director Haris Nisar for the same play. They tackle the subject of sexual abuse by family members with sensitivity, and despite all the PEMRA notices they received, the serial went on to conclusion. In the fashion category, our long-time collaborator, fashion photographer Rizwan ul Haq received the best photographer award! No doubt, Rizwan is an artist and we love him. Congratulations! Similarly, Sadaf Kanwal’s win as best model was timely; this tiny dynamo truly proved herself this year as a ramp and editorial favourite. 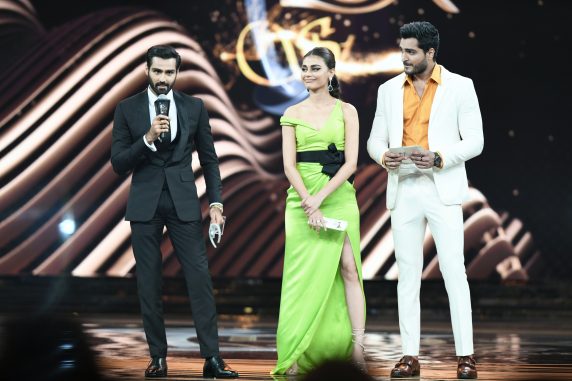 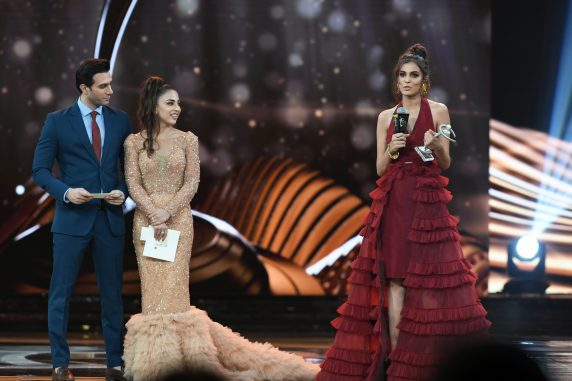 Newcomer Mushk Kaleem for best new emerging talent, well done. The highlight of this category was Nabila being awarded the Lifetime Achievement Award. Her contributions are manifold and she is truly an icon of innovation and success. Her desire to change Pakistan, to help the underprivileged and use her influence for impacting lives is what all of us need to put ourselves behind. While the entire event could have been shorter and tighter, full marks go out to the organisation teams, as well as Talking Point PR for being on point, as always — despite the immensely long program and some tripping on the carpets while walking to the stage area. We look forward to the next edition of the Lux Style Awards next year, 2020! As we step into the future, we should be able to to enjoy not just a celebration of talent, but also of ethics and values that we all hold dear. Let our substance and strengths continue to speak out. 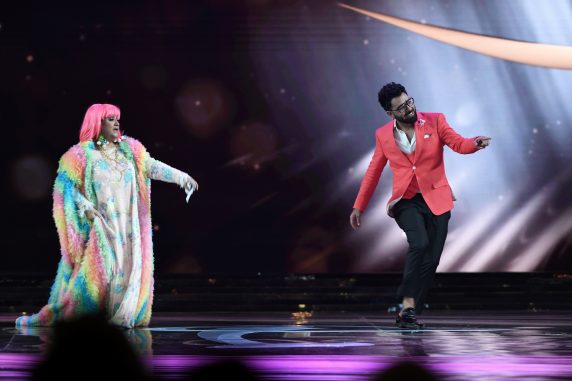 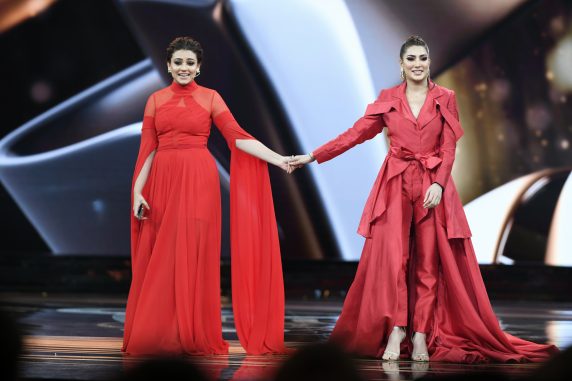 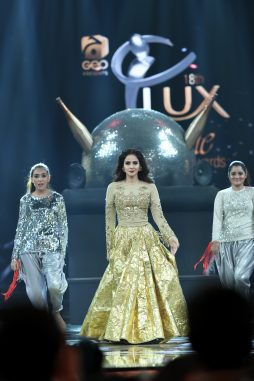 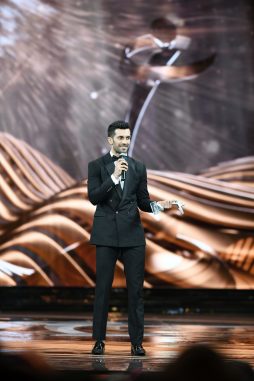 THE BEST OF PAKISTANI ENTERTAINMENT - 2020 EDITION