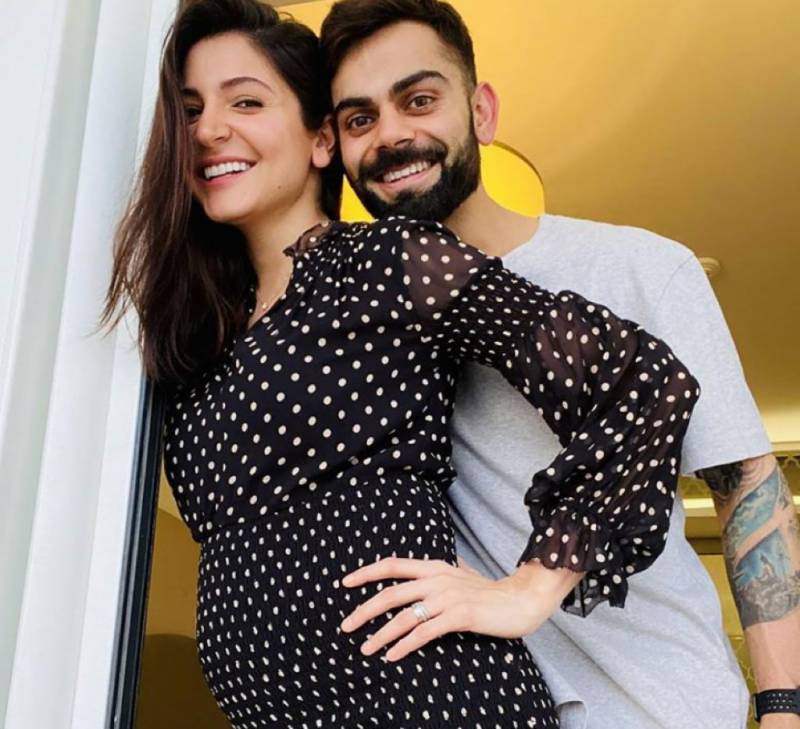 The most followed Bollywood couple announced on Monday the arrival of their first child. ‘We are thrilled to share with you that we have been blessed with a baby girl this afternoon.’ Indian team captain Virat Kohli took over Instagram to share this joyous news. ‘We thank you all for your love, prayers, and good wishes’. The Bollywood actress married Kohli in 2017 and shared their pregnancy news to their fans last August with a cute post, ‘And then, we were three! Arriving in January 2021.’

Anushka Sharma has been sharing her feelings about this new journey in life ever since her pregnancy announcement. 'Nothing is more real & humbling than experiencing the creation of life in you. When this is not in your control then really what is?' she wrote on her Instagram photo post, flaunting her baby bump.

'Anushka and the baby are both healthy, and we are feeling beyond blessed to start this new chapter of our lives. We hope that you can respect our privacy at this time.' Love Virat. Kholi has been supportive of Anushka throughout their pregnancy journey on December 19; he was given maternity leave by the Board of Control for Cricket in India (BCCI). He flew back home from his Australia cricket tour to be with his wife and has been by the side of his wife since then.

As soon as Virat shared the wonderful news, Bollywood celebrities and the Cricket folks took social media to congratulate the couple. Celebs including Madhuri Dixit, Farhan Akhtar, Sachin Tendulkar, Dia Mirza, and others wrote heartwarming messages for the couple. 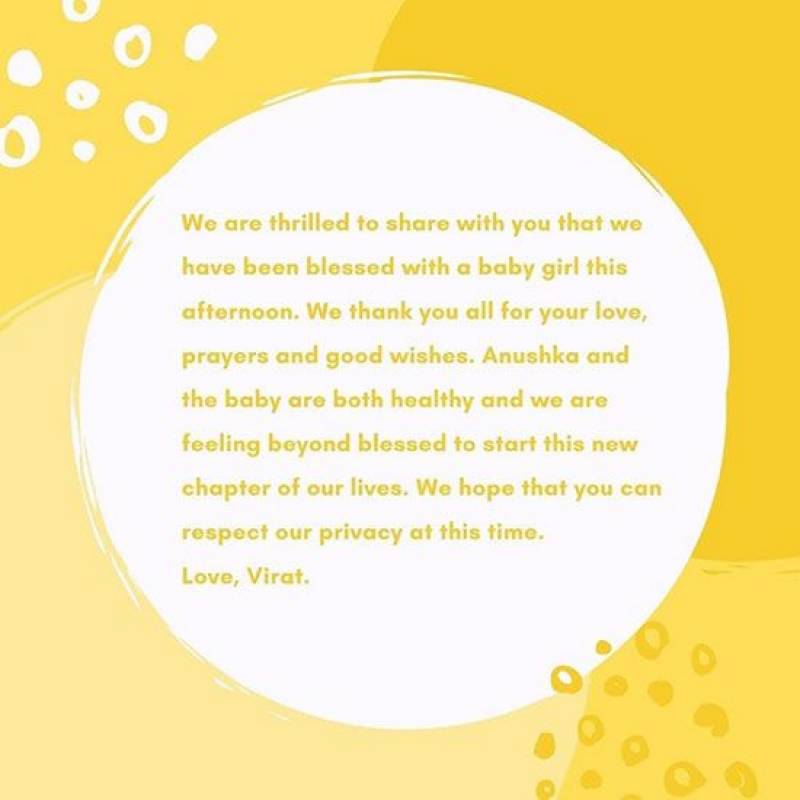 Madhuri Dixit Nene wrote on Twitter, 'Congratulations @imVkohli @AnushkaSharma. May God shower his choicest blessings on you & your little angel.

Sachin Tendulkar wished good health for the new parents and baby. He wrote, 'Congratulations @imVkohli & @AnushkaSharma on the arrival of the little angel in your lives! May her life be blessed with good health & love.'

Dia Mirza also congratulated Virat and Anushka on becoming parents to a baby girl. She commented, 'Such wonderful news,' on Virat's post on Instagram.

Actor Farhan Akhtar wrote on his Twitter, 'Heartiest congratulations to @AnushkaSharma & @imVkohli on the birth of their daughter. Lots of love.'

A photo of a baby's tiny feet peeping out of a cozy blanket, with the caption; 'Happiness overboard... angel in the house,' was shared on Instagram by Vikas Kohli, brother of Virat, which many people assumed was the first glimpse of Anushka Sharma and Virat's daughter. However, Vikas clarified in another post that it was a stock photo. Vikas Kohli wrote: 'Guys let me clarify that the picture I posted yesterday to congratulate Virat and Anushka is a random picture and not an actual picture of the baby, as some media channels are reporting.'

We are excited to see the Bollywood actress Anushka Sharma and Indian team captain Virat Kohli transform into parents and learn more about their baby girl. Earlier in an exclusive interview with Vogue, Sharma talked about parenthood, 'There are so many similarities in the way we are as people and the way we approach life. So I do think that will work for us. I’ve been thinking about it before I even became a parent. Conditioning is the most important role in how we see the world. I come from a progressive background, so that will always be a part of our home. Love is the underlying factor in our home.' She added, 'what’s important to us is that our child be respectful of people. You have to create that value structure. We don’t want to raise brats.'

Virat Kohli and Anushka Sharma Have Officially Tied The Knot

Climate Crisis: January 2020 Was The Hottest January on Record