Celebrities are constantly in the spotlight, whether it's at an awards ceremony, shopping at a mall or making a quick morning coffee run in their sweatpants. It's simply not possible for celebrities to escape the public eye - especially not now, thanks to social media.

Fans and non-fans alike have free reign to say what’s on their mind when it comes to trolling their favorite (and most hated) celebrities. Whether it’s praise or criticism they’re receiving, many celebrities have shown us that they simply won’t take any flack online. 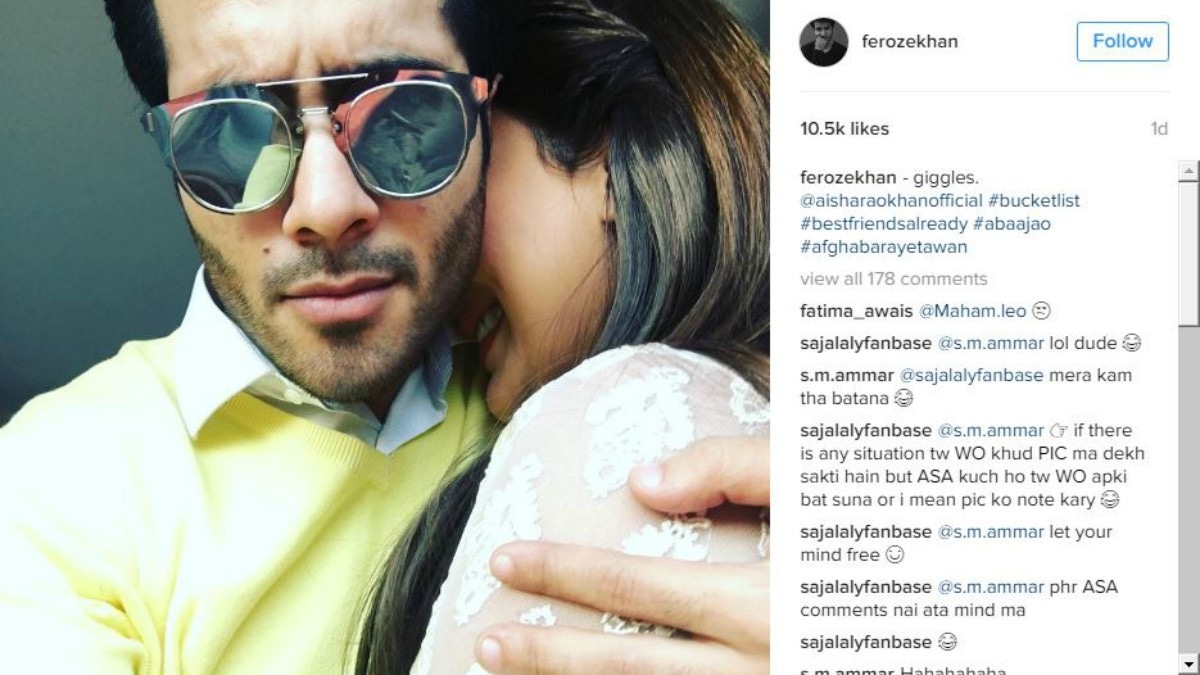 Though it is safe to assume most of these Instagram comments go unnoticed due to the numerous comments celebrities receive, however, more than often celebs read these comments and Feroze Khan is no exception.

Followers were quick to post disrespectful and hateful comments under the picture, questioning the actor's character. Feroze Khan instantly sent a video message requesting the followers who had abused him and Ayesha in comments and asked them to explain themselves and justify their abusive comments.

Though, the video is now deleted, the actor questions their reason and asks what if the two were in the middle of a scene on set reenacting the role of a husband and wife. Followers rushed to the celeb's defense and simply asked people to unfollow the actor if they had issues with the pictures.

A few months earlier Momina Mustehsan also faced an attack on her looks and Mahira Khan for not being vocal about the Pakistan-India tensions.

LOVEY-DOVEY PICTURE OF MINAL WITH HUSBAND SPARKS A TROLL SESSION

Wedding Bells: Feroze Khan Confirms He Is Getting Married!