Kenwood's Leaked Ad Caused An Uproar And Here's Everything We Know

Nawazuddin Siddiqui for the first time ever appeared in a Pakistani TVC featuring Actress Ayesha Khan for Kenwood DC Inverter AC. Speculations suggested that it was a new Bollywood project or a TV-series however, it turned out to be a brilliant TV commercial for Kenwood.

And just when we were enjoying these ad series promoting Kenwood's electronics, a new ad surfaced featuring Nawazuddin in a setting surrounded by his friends narrating a recent fight he had with his wife. He goes on to brag about how his wife was giving him attitude and so he gave her a dhulayi (beating).

Ever since, Kenwood has apologised and admitted to their judgment being flawed, they had failed to consider the ad in the 'light of view that many people pointed out' that being, promotion of domestic violence. A prestigious company, using powerful icons to display such a message has caused an outrage amidst social media users.

The prestigious company clarifies that while many people told them to disown the ad completely, they'd rather own up to their mistake and learn from it, in a disclaimer they posted on their Facebook page. 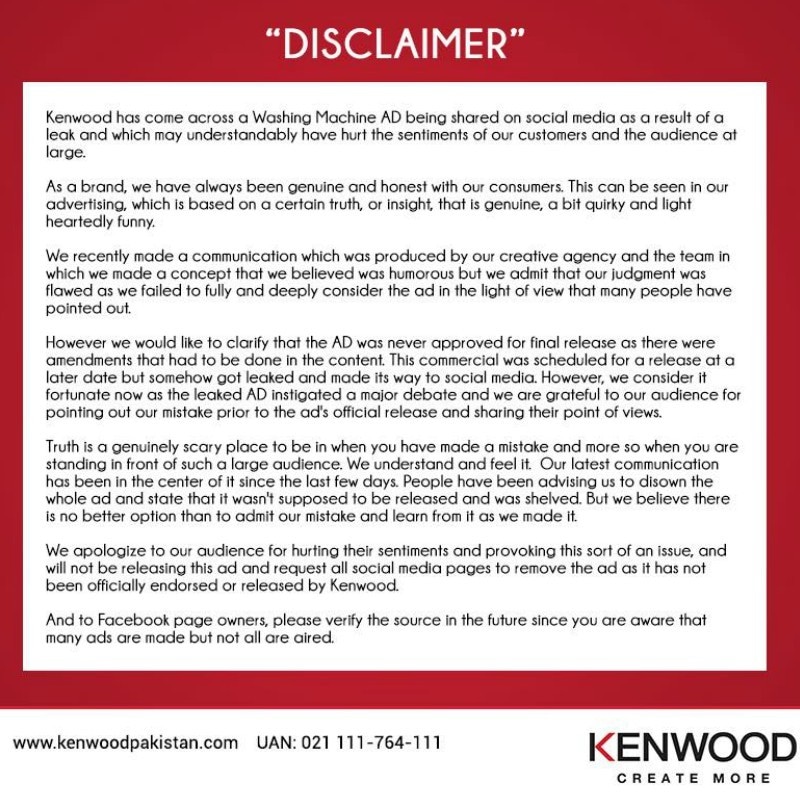 "I’ve Come To Believe That Today Our Hope Lies In Women"- ...