Producers have so many reasons to cast Syra Shahroz in advertisements and movies considering her popularity among the masses and the lack of scandal. She is not only a great face but an actor that fits into the roles scripts demand.

We last saw Syra on the big screen in a special appearance in the song Shakkar Wandan from Ho Mann Jahan where she lit up the screen in just a few minutes. She has many facets to her personality, being cute and bubbly girl next door and transforming into a hot diva for a jewellery campaign. It’s safe to say that she fulfils the prerequisite of all that completes the filmy world heroine. From adults to children, she finds her fan following across all age groups. Team H! Pakistan worked with her for the first time in February 2016 as a cover model for the magazine, which sold out within a few days. Ever since then H! Pakistan has shared a great bond with her because of her humble nature and thorough professionalism and dedication to work. Read below for a one on one on her debut film coming up. 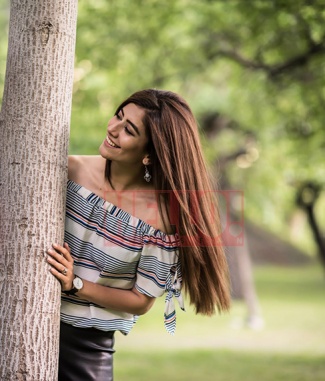 How’s the transition from TV to films? Will u be doing any TV projects in the near future?

It's a great transition. To be honest, I was in awe when I was on my film set as I didn't expect it to be that vastly different from TV dramas; from the budget to the locations, to your crew, the shooting pace, everything was excitingly larger than life. With that said, TV made me what I am today so like always if a brilliant and exciting project comes along I'll be at its service.

Do you rehearse for your scenes beforehand or are they spontaneous?

I think it's important to rehearse and understand the feel and vibe of the scene so that you carry that in your scene with ease but within that I do improvise spontaneously in the middle of a take if it feels natural.

Tell us more about your debut film Chalay Thay Saath and your experience shooting across Pakistan.

Chalay Thay Saath is about finding love even when you have lost everything, it's about forgiving and moving on in life. It's a travelogue film which takes you into the most progressive and scenic places in Pakistan. My experience was beyond amazing! Who says Pakistan doesn't have beauty? Everywhere I turned it looked like a postcard, just gorgeous I tell you! Yes, it was super tough also but they say hard work always pays off so fingers are crossed.

This year we saw you in two TV serials alongside your husband Shehroz. How is it working together?

Honestly, it is so refreshing working with him (obviously because he's a great actor) but also because I'm in my complete comfort zone while acting with him and seeing him portray characters which are very far from his personality just makes being on sets with him a lot more exciting. 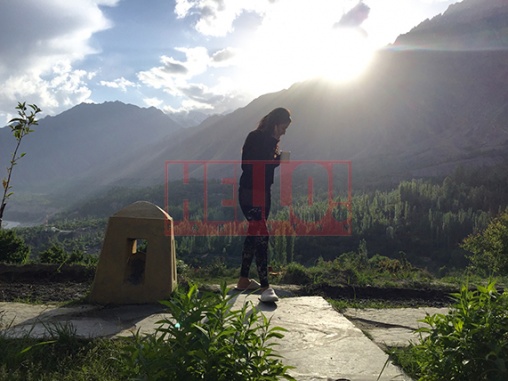 Who is your favourite co-actor to work with?

We saw your first dance performance at Hum Awards in Dubai last year. How is it dancing for the films since TV doesn't have the song and dance numbers?

I've always enjoyed dancing and yeah since films support the medium of dancing, you'll definitely be seeing some Syra moves.

What kind of roles are coming your way and what things do you see before saying yes to a project?

A couple of dream roles just came my way in a very short span of time for which I'm very grateful and thankful to Allah. Obviously the script and who is making the film is one of the primary concerns before decision making but along with that, the impact that my character has on my audience is something that always concerns me.

Lastly, we heard that Kent S Leung International actor was working with you in Chalay They Saath. How was it working with him and when do we get to see his first look?

Yes you heard right. It was a lot of fun working with him, a very talented actor. I don't think you're too far from seeing his first look!

Are you excited to watch this film? Leave your feedback in the comments below!

Tonite With HSY Episode 3: "Everything Was In Good Humour" - Syra ...