‘Pakistan Should Ban Women’s Cricket!’ Will it? 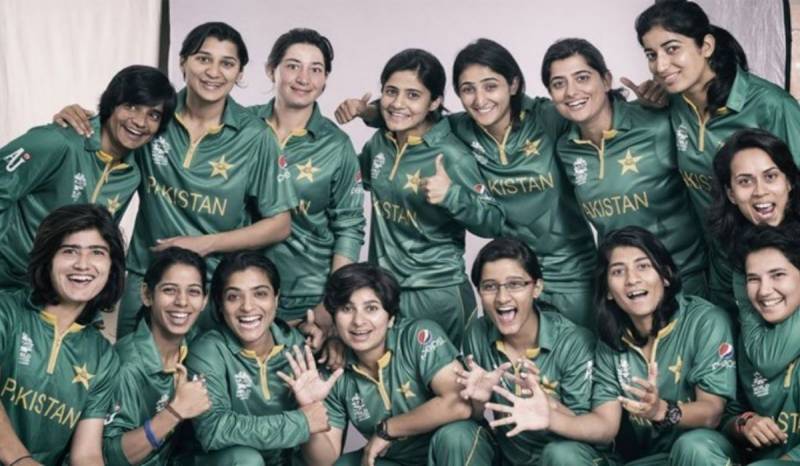 As the jingoists of Twitter type and jab a jeremiad of woes with the women of Pakistani cricket, one wonders whether their radical demands will surface into reality.

Here, Deandra Dottin’s metier-best 132 sealed victory for West Indies and all-rounder Hayley Matthews contributed with her fifty and three wickets. Their 119-run stand took their team to 253 in the first ODI held at National Stadium Ground, Karachi. However, this prompted a wave of backlash for Pakistan.

Some ushered a rather radical approach, reckoning that ‘Pakistan should ban women[‘s] cricket.’

Others alleged the Pakistan Cricket Board’s (PCB) culpability in making it too easy for them: ‘They [do] not win. You people make a cakewalk for them.’

They not https://t.co/c784gCxcpH people make a cake walk for them

In adding fuel to fire, such backlash appears indirectly welcomed with open arms keeping in mind the bare and rare coverage afforded to these female players. One wonders, where are the hashtags harping #wehavewewill? Where are the cricket promos, anthems, or offers for these athletes? Is women’s cricket not cricket?

Is Such Backlash Brand New?

Over-simplifying the role of women in cricket, Razzaq nitpicked, 'Their field is as such. When they become cricketers, they strive to be as equal as their male counterparts, if not better than them. They want to prove that not only men but can also do it as well. The feeling [to get married] is gone [by the time they excel.'

In another unsolicited, sexist statement, Razzaq decreed, 'If you shake her [Dar] hand, she is anything but feminine.'

As much as we wished for Dar to have launched an offensive, she took to defense: 'Our profession is such that we have to [go to the] gym. We have to bat, bowl, field. Hence, we have to stay fit.' However, even then, she was cut by Razzaq: 'You can tell by the haircut she has.' Disturbingly, other panelists humored themselves with one even daring to question, 'I had this query for a while. Can you not play cricket with longer hair?'

The incident rewinds us to September 2019, when Sana Mir underscored skepticism surrounding her cricketing pursuits. 'When I started in 2005, people would ask me why I’m doing this, [and tell me] it's not a women's game,' said Mir, who essentially started off playing in the boys' teams owing to inadequate opportunities and exposure.

But even in a post-covid world, the reality remains as rough for these females striding to secure a name within Pakistani cricket. In a recent scandal dated October 2021, local event organizers deprived Nida Dar of their promised five lakh rupees. Even though former pacer Mohammad Amir promised to provide Dar the necessary support, several Dars succumb to such incidents on a daily, jeopardizing the hopes of athletic equality and opportunity

Despite brutal backlash and bare support, the 2nd ODI will follow as per schedule: November 11, 2021, at the National Stadium Cricket Ground, Karachi. The 3rd ODI will be held on the same ground on November 14.

However, captain Javeria Khan, pacer Diana Baig and spin-bowler Nida Dar were ruled out of the team’s first ODI against West Indies. While this hindered their performance in that match, it may also impact their preparation for ODI World Cup global Qualifier commencing in Zimbabwe.

In a series of more misfortunes, Coach David Hemp highlighted, ‘As you are aware, we have been hampered by a Covid outbreak cumulatively in our camp from October 22… We still have three players that will return to us over the next three to four days. Today (Sunday) we got three players back into the group, so we now have an extended group but we're still three players short. We are also short of Nida Dar. Our condolences go to Nida and her family. Unfortunately, her father passed away a few days ago.’

However, he reassuringly said, ‘We have Sidra Amin, Iram Javed, Ayesha Zafar, and Aliya Riaz… In the top six, we have players that are capable and performing. This [series] is a great opportunity for them…. West Indies beat Pakistan 3-2 the last time the two teams squared off in a bilateral ODI series in the Caribbean in July-July. Pakistan won the last two matches of that series.’

As Hemp expresses faith in the future of Pakistani women's cricket, we lament its local downplay to the degree that it is not even considered cricket.