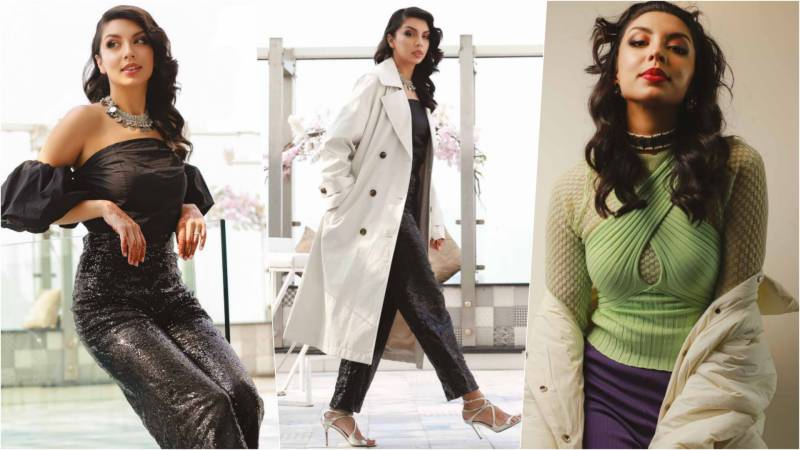 Hi Zoha! So glad to have you here once again. So much has happened in your professional life since we last interviewed you almost three years ago in London. Firstly, tell us how have you been dealing with the ongoing pandemic? Has it changed you in anyway?

Hi! Thank you so much for having me again! The pandemic has been a difficult time for a lot of people for many reasons. It challenged me, both professionally and personally. Work was slow in the west, so I made the crazy decision to drop everything and move to Pakistan where things seemed a bit more ‘normal’. The adjustment was huge, leaving family and friends to live on my own in hopes of finding work that was fulfilling. Alhamdulillah it worked, it was the most difficult thing I’ve done but also the phase of my life where I learnt the most about myself and my craft. I ended up filming my first drama, shot about 10 commercials and countless photoshoots, and made some wonderful new friends that feel like family. 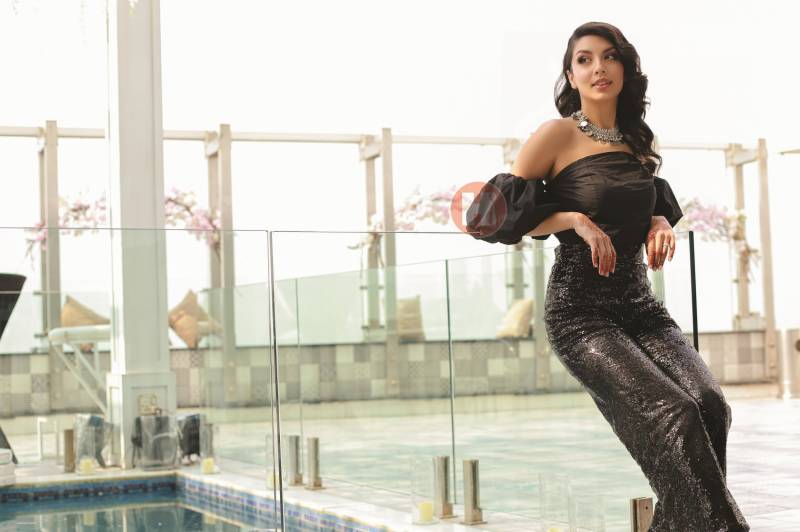 ‘The whole team was so amazing and professional. Kabir Khan is incredible to work with and I learnt so much from him. Watching Ranveer (Singh) act and seeing his dedication was inspiring for me’

You graduated with a law degree and two months into your masters, you decided to switch careers. Why acting? Was it always something you wanted to pursue?

Acting has always been my comfort zone. I was a very shy child, to the point where my teachers used to ask my mother if I even spoke. But any school play, any skit, and any stage production I was always up front and center of it. Performing has been my first love, it has always allowed me to express myself so I continued it as a hobby alongside my studies. Until there were too many clashes and I had to make a decision to pick either a traditional path or a professional acting path. I couldn’t keep doing both, so I decided to take a year out and try acting full time. I haven’t looked back since.

‘They asked if I was happy to wear a hijab, otherwise they would be happy to film me without one, I knew that would be a whole new level of commitment and responsibility but I was up for it’ 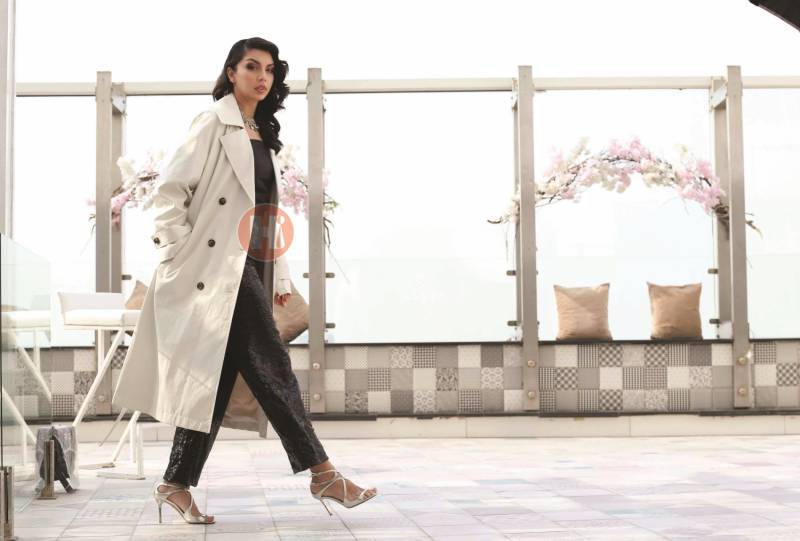 You made us all proud when you made an appearance in ‘Spider-Man: Far From Home’ (2019). Tell us more about this. How did you get noticed? Were you skeptical to play a hijab wearing character as this is something deemed upon in the West?

Thank you so much, it was incredibly exciting and a massive ‘pinch me’ moment for me too. I got a call for my agent that I was being asked to audition for a movie, I had no idea which movie it was but I knew it was big from all the NDAs I had to sign and the secrecy surrounding it. I was super calm on my way to the audition, but then they gave me the script and I saw 'what’s Spider-Man doing in London?' as one of my lines. That’s when I realized and got super nervous, but I had to perform in a few minutes so I kept my calm and told myself I could freak out after. I gave it my all, I guess that what got me noticed. I got the call a week later while I was running for a train, I literally slid to the floor and sat there for a good 10 minutes not believing it. I initially thought it was for one scene, but when I got the contract I was filming for three months across Europe with everyone. They then called and asked if I was happy to wear a hijab, otherwise they would be happy to film me without one, I knew that would be a whole new level of commitment and responsibility but I was up for it. So I said yes, I will absolutely do it with a hijab o n . It was an incredible experience, as a new actor it was a dream to be on a set that big, working with names internationally respected.

‘For me it’s always about the character and what I can make of it. Whether it’s TV or film, I always want to do the role justice’ 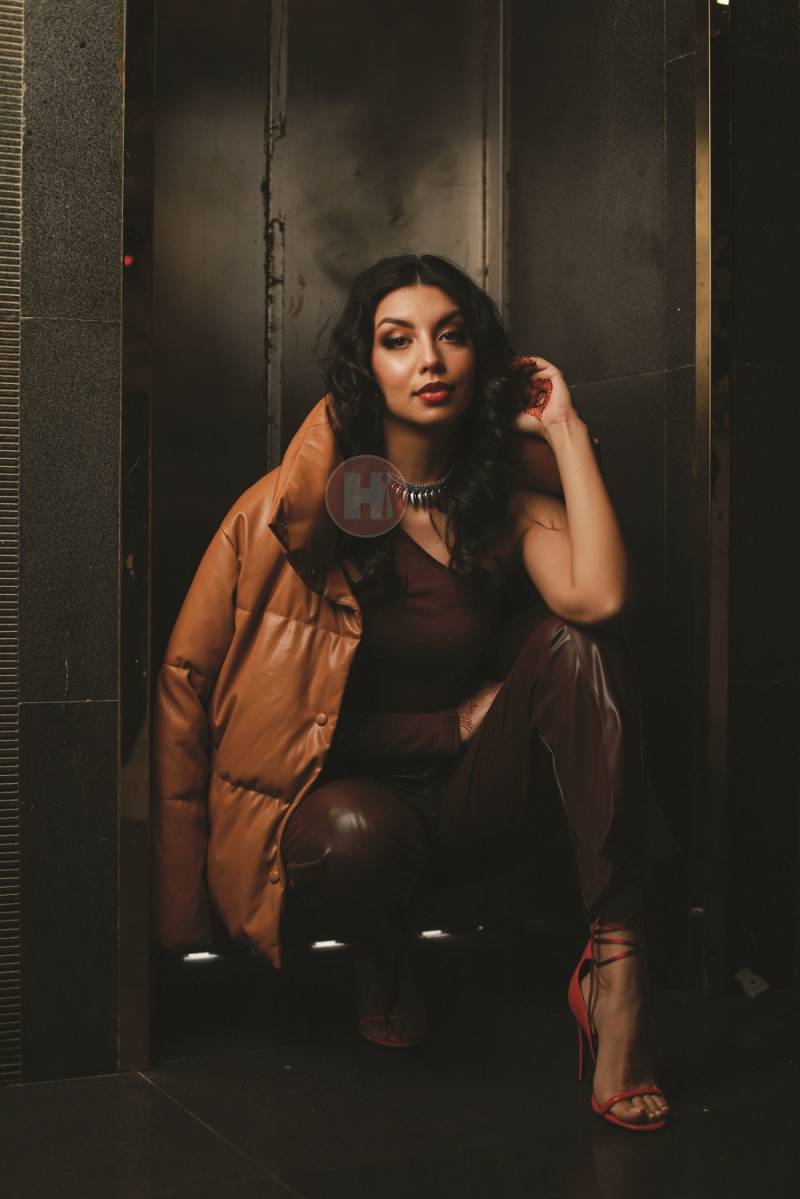 How can we miss your Bollywood debut? We’re curious about this too. What was your experience like? You also acted in the movie ‘83’ with Ranveer Singh - how was it working with him?

Wonderful! The whole team was so amazing and professional. Kabir Khan is incredible to work with and I learnt so much from him. Watching Ranveer act and seeing his dedication was inspiring for me. I filmed with them in London and then in Glasgow across a few weeks and it never felt like I was an outsider. I can’t wait for people to see the movie here and enjoy it! 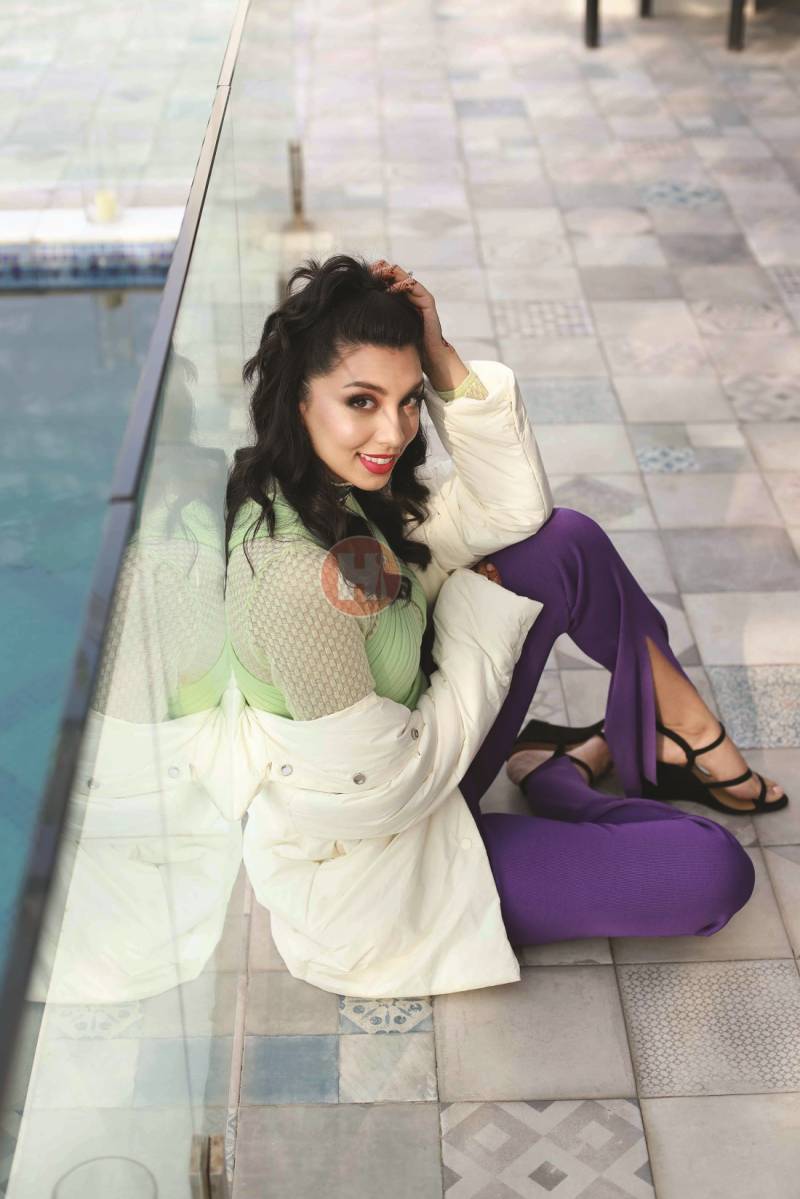 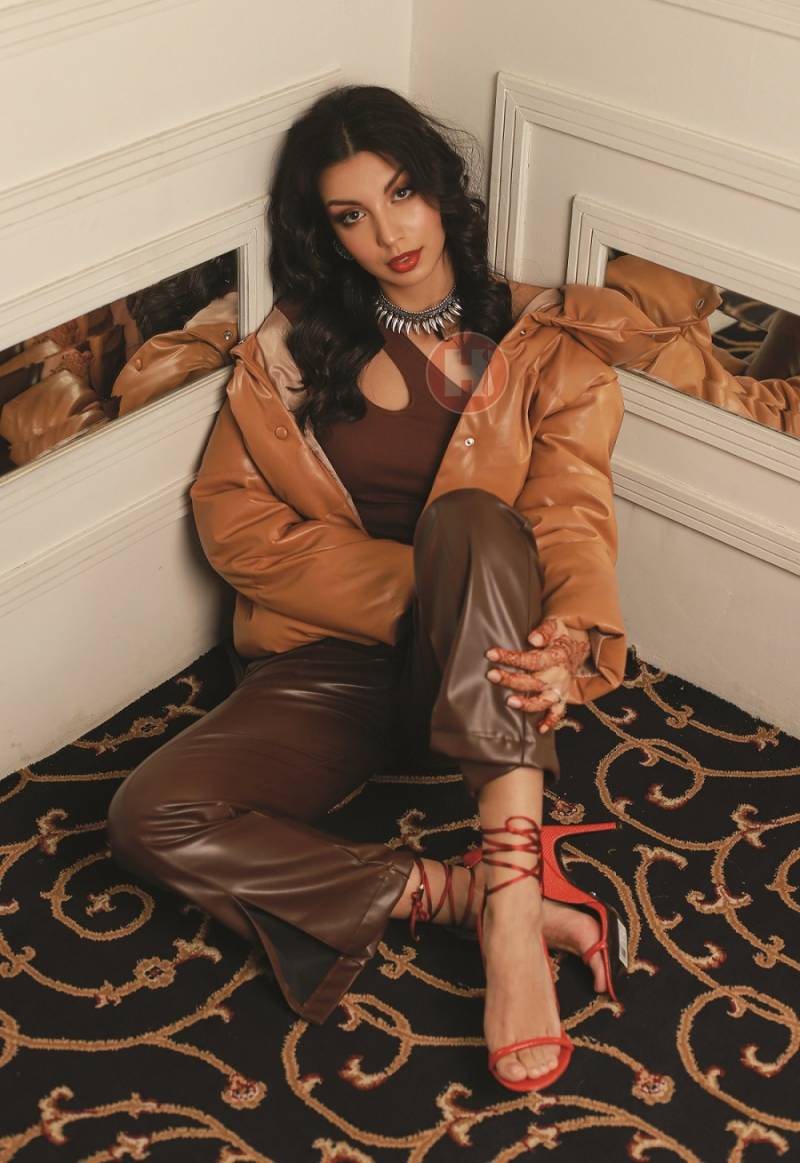 How do you balance your time between London and Pakistan?

It’s not easy. I often feel like being in one place I’m missing opportunities in the other. But I’ve now learnt to appreciate what’s in front of me, instead of focusing on the ‘what ifs’. I keep my eye out for good projects so I show interest early on and get good roles. Luckily I have great agents on both sides of the pond, and with todays digital age I can easily film an audition from my home studio and send it without having to fly over. Ideally I’d spend summer in London and winter in Pakistan, but it never works out quite so perfectly.

You recently landed in Karachi. What are you currently working on here in Pakistan?

I have some projects in the pipeline and some discussions underway. If everything aligns you’ll see me on TV and on some exciting web projects soon Inshallah but I’m not giving anything away just yet! 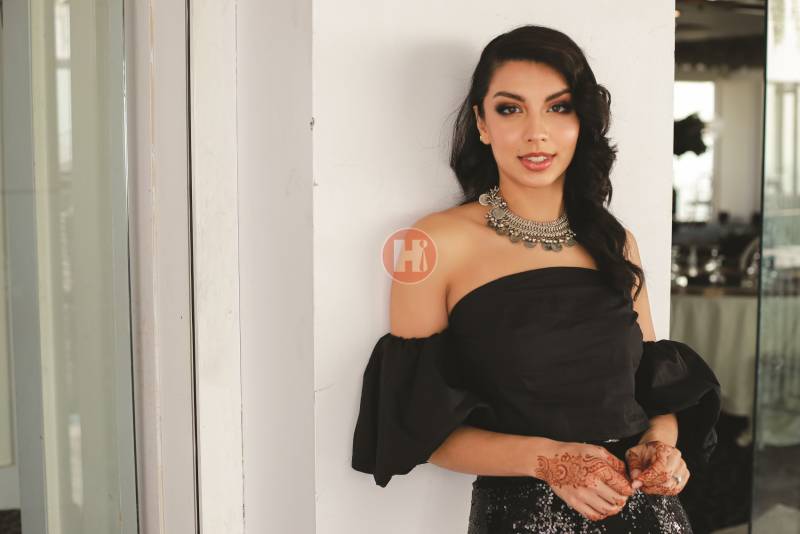 ‘I just think we need to be braver, with our content and our story telling. We constantly tell the same stories in different ways’

You’ve made your mark not only in the Pakistani entertainment industry but also Hollywood and Bollywood. What is something we could adopt or improve according to you?

I’ve been fortunate enough to have so much experience across industries. Pakistan has incredible talent both behind the camera and in front of it. I just think we need to be braver, with our content and our story telling. We constantly tell the same stories in different ways. We need to really push our writing to create world class entertainment. 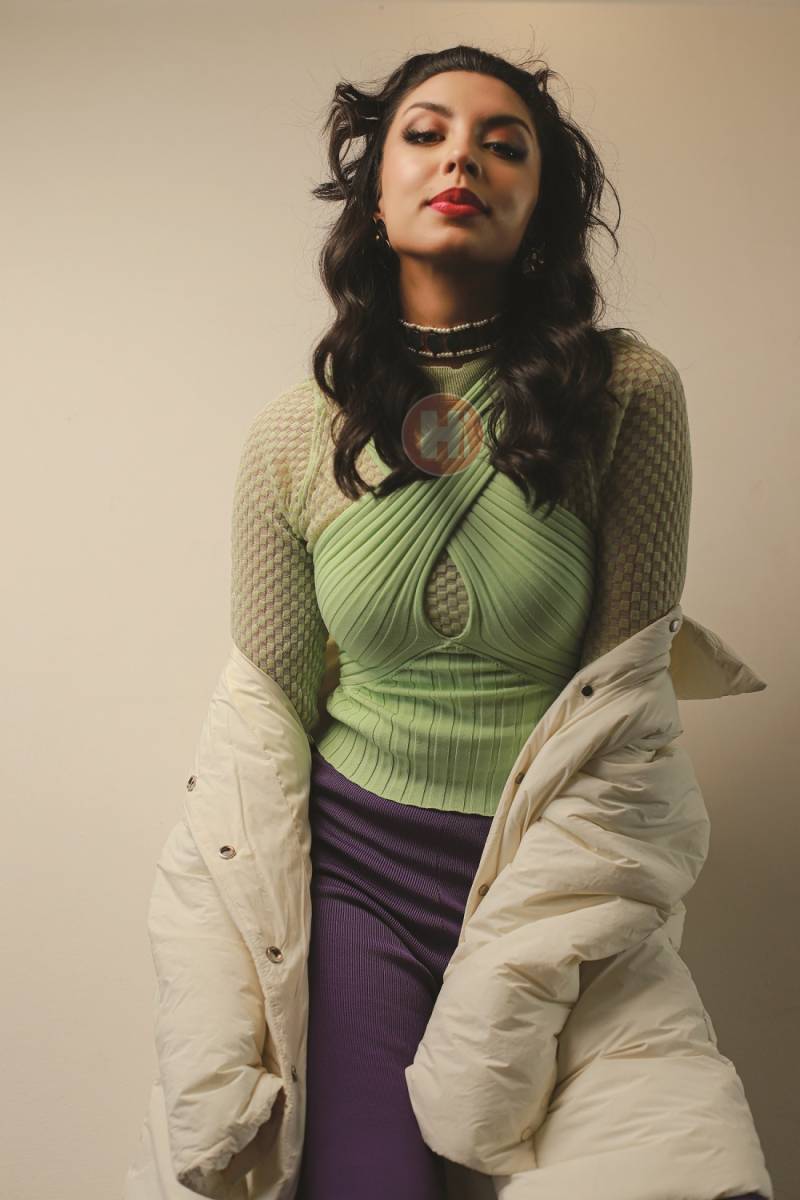 We’ve seen you act on TV and on the big screen. Which one do you prefer and why?

I started on stage, and then moved to screen. I think TV and film don’t feel that different while you’re making them. For me it’s always about the character and what I can make of it. Whether it’s TV or film, I always want to do the role justice.

Three things you want to achieve by the end of 2022?

I want to make an impact, whether it’s in a hard hitting supporting role or as a refreshing new lead. 2022 will Inshallah take me to new heights. 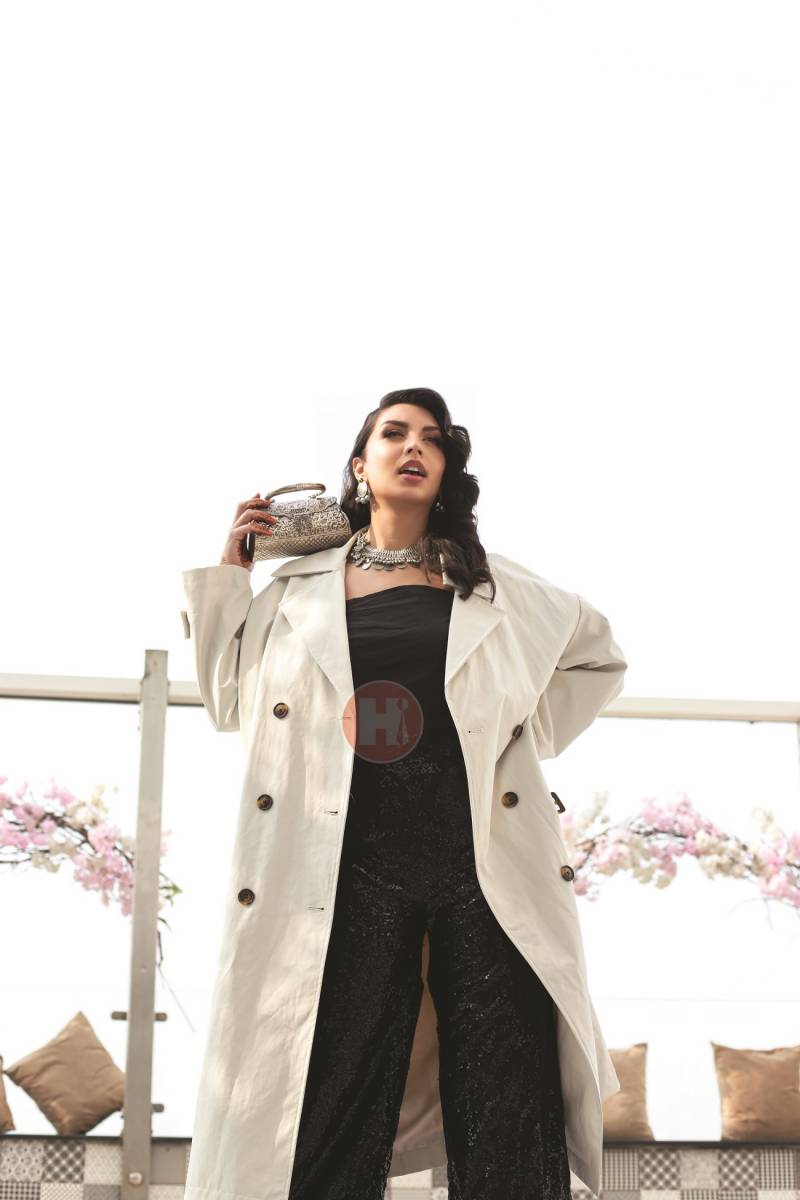 What is next for Zoha Rahman?

A lot of hard work, I know where I want to be and I have to push myself to my limits to achieve it.

Pakistani Actress Zoha Rahman Is In The New Spiderman Movie And We ...