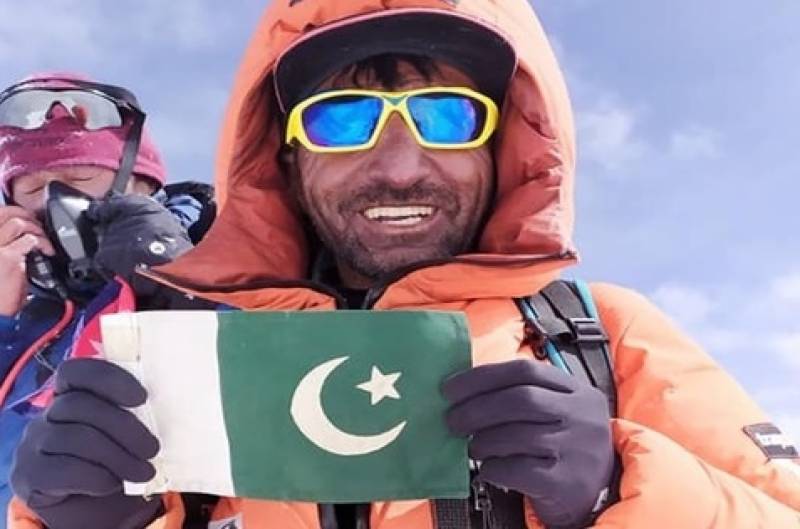 After nearly 100 hours, 3 climbers including Pakistan's renowned Muhammad Ali Sadpara remain missing upon the K2 summit. The search continues - and people long for his return.

'Before I left him that afternoon, he said, pointing to the mountains around him: “God has given Pakistan a beautiful gift. Which is why we, Pakistanis, should be the first to climb this peak.”'

Muhammad Ali Sadpara - a national hero - now missing for nearly 100 hours, is yet to return. Muhammad Ali Sadpara is described to be a headstrong, loving man - first and foremost, a survivor – says his son, Sajid Sadpara. On February 5th, Sadpara took to climb the K2 mountain amid trying weather with 2 other climbers accompanying him – John Snorri (Iceland) and Juan Pablo Mohr (Chile). Since then, all 3 remain missing and helicopters are in constant circulation – hoping to cite the three climbers. Sadpara’s son was initially accompanying the team, though struggled at a difficult crevice of the mountain (about 300m why of the total 8,611m summit) and soon turned back due to issues with his oxygen supply mask.

Since birth, Sadpara has proved himself to be a fighter. Born in the mountainous Gilgit-Baltistan, his Mother gave birth to 11 children in total – and only two children of these survived. Sadpara followed these many losses, and restored a family faith, seeking education at a government college and beginning his career as a now renowned mountain climber, a career and idea he was entirely fixated with. He was a strong believer of his potential as a Pakistani mountain climber – with Pakistan withholding 5 of the world’s highest mountains in surrounding, though historically remaining limited in prospects with foreign climbing teams. Sadpara has led this change since his career as a climber began. During this time, Sadpara has climbed:

A spokesperson from Pakistan’s military, Babar Iftikhar, has expressed, ‘The Pakistan army is putting in full efforts to rescue him.’. The world is waiting for the climbers return, despite the worry that remaining isolated at 8000m heights in the winter climate does narrow the possibility of survival – Sajid acknowledges this, though he has faith in the arrival of his Father after this treacherous journey up K2. After taking alternative routes through walks of life despite being pulled every which way, urged to provide a ‘security’ for his family – Ali proved himself to be a success in the field he independently pursued, knowing the value of determination. Ali himself has recalled the realist dangers of climbing in previous interviews, 'In climbing, there are two outcomes—life or death—and you must find the courage to accept either possibility'.

As the search continues, the climbers remain unseen. According to those on base camp, their walkie talkies have experienced extremely poor signal and low frequency, limiting their communication. The world is watching, waiting and praying for all 3 climbing heroes to make their return.

Muhammad Ashiq: An Olympic Cycling Champ To A Rickshaw Driver in ...