SPOOKY BOOKS TO READ THIS HALLOWEEN 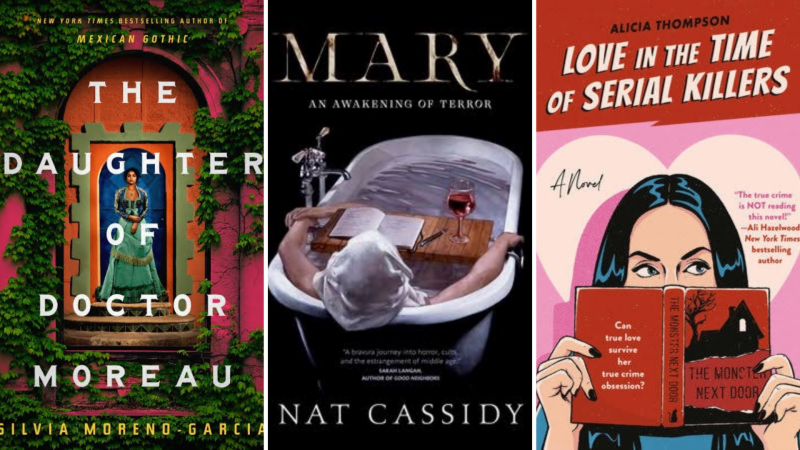 We have a list of the best spooky books to read this halloween for all the reading lovers. Reading is fun and you can carry a book with you everywhere whether you’re going to your class, or you have a long flight. Have a look at our top picks and enjoy spooky reading.

This book is a historical horror novel that looks at two men of classic literature, Dracula and Mr. Rochester, and the two women who survived them, Bertha and Lucy, who are now undead immortals residing in Los Angeles in 1967 when Dracula and Rochester make a shocking return in the Haight-Ashbury district of San Francisco.Combining elements of historical and gothic fiction with a modern perspective, in a tale of love and betrayal and coercion.

'The Daughter of Doctor Moreau' by Silvia Moreno-Garcia

From the New York Times bestselling author of ‘Mexican Gothic’ and ‘Velvet Was the Night’ comes a dreamy reimagining of The Island of Doctor Moreau set against the backdrop of nineteenth-century Mexico. ‘The Daughter of Doctor Moreau’ is both a dazzling historical novel and a daring science fiction journey.

'Mary: An Awakening of Terror' by Nat Cassidy

A Certain Hunger meets American Psycho in this debut novel about a middle-aged woman who’s determined to find herself—even if that means encountering the specter of a serial killer along the way. After moving back to her hometown, Mary finds herself haunted by gruesome visions and an urge to commit unspeakable acts… and that’s all before the killings begin. Surely spooky and binge-read-worthy.

Luli Wei wants to be a star—but in Hollywood’s Golden Age, opportunities are limited for Chinese American actresses. And it’s not just the dearth of onscreen roles: in an industry powered by ancient, dangerous magic, the studio system requires the constant sacrifice of aspiring starlets like her in order to function. But Luli is determined to succeed—no matter how steep the cost.

‘Always the First to Die’ by R.J. Jacobs

This Florida Keys-based thriller has everything you'd want in a Halloween book: a horror movie set in a cursed estate, a husband who died under mysterious circumstances, and a hurricane that has knocked out power to the area.

‘Love in the Time of Serial Killers’ by Alicia Thompson

Phoebe Walsh, a PhD candidate, has an obsession with true crime that tends to interfere with her dating life. When she heads home to Florida to clean out her father's house, she becomes convinced that his neighbour is a serial killer.

With the new ‘Hocus Pocus’ movie coming out at the end of September, all eyes are now on the Sanderson sisters this Halloween. This new illustrated book is just the thing to put you in the spirit.

Debunking Myths of Ageing and Wrinkling (Don't Believe Everything You ...