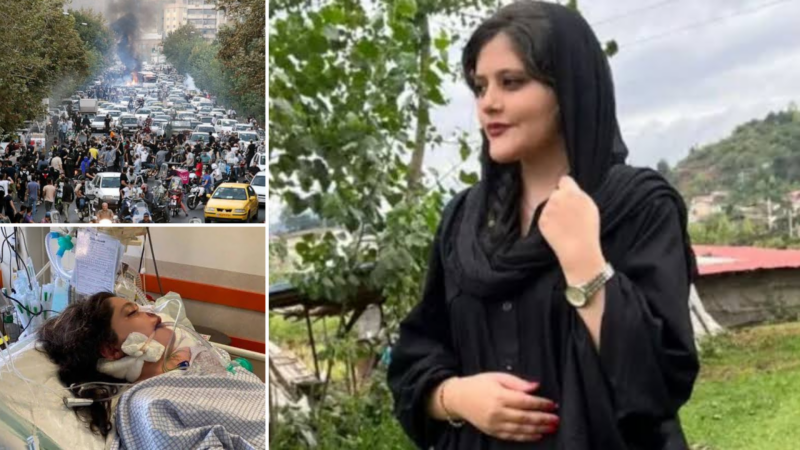 Mahsa Amini, an Iranian woman died in a hospital on 16th September 2022. She was just 22-year-old. Her only sin was that she was wearing a hijab which was loose and was showing some hair which resulted in her arrest and eventually murder. According to police, she had a heart attack at a station, collapsed, and fell into a coma. But the trust is something else, eyewitnesses, said she was severely beaten at the station. Leaked medical scans also showed that she had a cerebral haemorrhage or stroke.

Amini's death resulted in a series of large-scale protests across the country which received international attention, including a statement from the United Nations High Commissioner for Refugees, putting a focus on violence against women in the Islamic Republic of Iran. Several leaders, organizations, and celebrities around the world condemned the incident and expressed solidarity with the protesters.

Hours after Amini died, protesters gathered outside the hospital where she was treated. The government of Iran attempted to suppress the protests by shooting birdshot and metal pellets at them, deploying tear gas and water cannons, blocking access to many apps including Instagram and WhatsApp, and limiting internet accessibility. People also reported not being able to access their WhatsApp even when trying to use a VPN and proxy. This didn’t stop the protestors from talking about their rights.

Amini's beating and death caused widespread anger among several social networks. The hashtag #MahsaAmini became one of the most repeated and trending hashtags on Twitter. Some Iranian women posted videos on social media of themselves cutting their hair in protest. The Iranian government blocked internet access to Instagram and WhatsApp in an attempt to silence the unrest blaming the US and Israel for spreading the unrest.

A spokesperson for Hengaw, a Kurdish human rights group, stated that "the security institutions forced the Amini family to hold the funeral without any ceremony to prevent tensions."

Today, after almost more than 20 days, people are still in the streets protesting for the beautiful soul and the government is doing everything in its power to stop and cut them out from the world.