And it's official! Bell Hadid has joined Givenchy's " GGirl" gang.

Hadid, 19 who was earlier signed to IMG models in 2014 has now been signed to join the gang "gang of Muses" among the gang include Matilde Rastelli, Irina Shayk, Victoria secret Angel Lily Aldridge for the brand's Autumn/Winter 2016 campaign.

Further, sources reveal that the Creative Director of the fashion house took to Instagram to announce the news on Wednesday with a string of photographs from the commercial, which was shot by Mert Alas and Marcus Piggot. 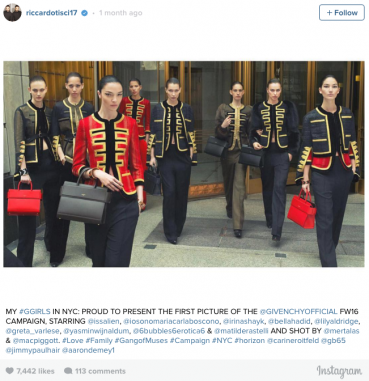 Bella Hadid Falls On The Michael Kors Runway, but Recovers With A ...

"I Am Proud To Be A Muslim" - Bella Hadid