5 SIGNS YOU’RE A WESTERN-STANI, AS PER PM IMMI 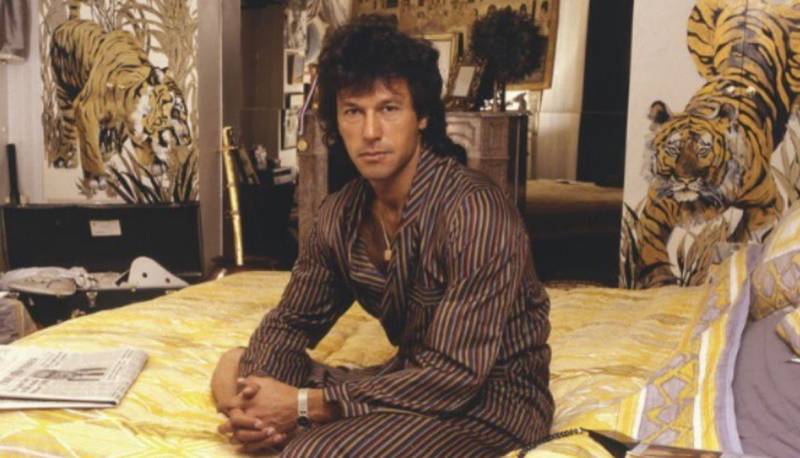 Caption: 5 SIGNS YOU’RE A WESTERN-STANI, AS PER PM IMMI

Everyone’s favourite former cricketer Imran Khan had a lot of hope tied with him when he was finally elected Prime Minister of Pakistan. Currently however, he’s been put under public ire for his several controversial statements regarding Western culture. Here are the top 5 signs suggesting you’re a Western-Stani, according to Prime Minister Imran Khan.

YOU SAY THE F WORD: FEMINISM!

While talking about the importance of motherhood, he ventured quite adventurously into the definition of a ‘real mother’. He said that ‘this Western concept, this feminist movement’ is degrading the role of a mother. So now whenever you think about identifying as a feminist, that is: wanting equal rights for all genders- remember that this will degrade you as a mother!

YOU DON LESS THAN ‘MODEST’ DRESSING:

Confusing, to say the least. In an interview with Jonathon Swan, PM linked the growing rape cases in Pakistan to the dressing of women claiming that ‘men are not robots’, if a woman dresses a certain way, it is bound to have ‘an impact on men’. Many twitterattis were enraged about this with members of the opposition party coming out and stating that it is in fact, ‘the choices of men who choose to engage in such acts’ which causes sexual violence. Not a woman dressing in a western manner.

Drawing on his own examples, the PM spoke about the ills of divorce and how the children have to face the brunt of it. However, he did not stop there and said that we our countrymen need to stop adopting the lifestyle in Western and Indian cinema, claiming that ‘importing the West’s most dangerous material is destroying Pakistan’s family system.’’

YOU ATTEND AN ELITE BRITISH SCHOOL:

YOU CONSIDER OBSCENITY AN ISSUE:

During a telethon, PM Imran Khan said that ‘obscenity is a Western and Indian import’. Although he clearly denounced any and all crimes against women and children (as one should), he then somehow linked sexual violence to a Western influence. In fact he also took it one step further by putting the burden of responsibility on women by saying that they should observe ‘purdah’, as that would help those who lack the will to resist temptation.

Imran Khan’s comments are not new territory for Pakistanis. However soon one realises how Imran Khan is lovingly recalled as the playboy of the east, having once fully adopted ‘Western ideals and culture’ now stands in strict opposition to everything he too did. From partying at clubs, to drinking at beaches during his time at Oxford, it definitely adds a bit of a sting to his comments. Pakistanis today wonder, who is our PM trying to please?  Is he just trying to placate the ‘Islamic Republic’ of Pakistan at the cost of every other Pakistani?