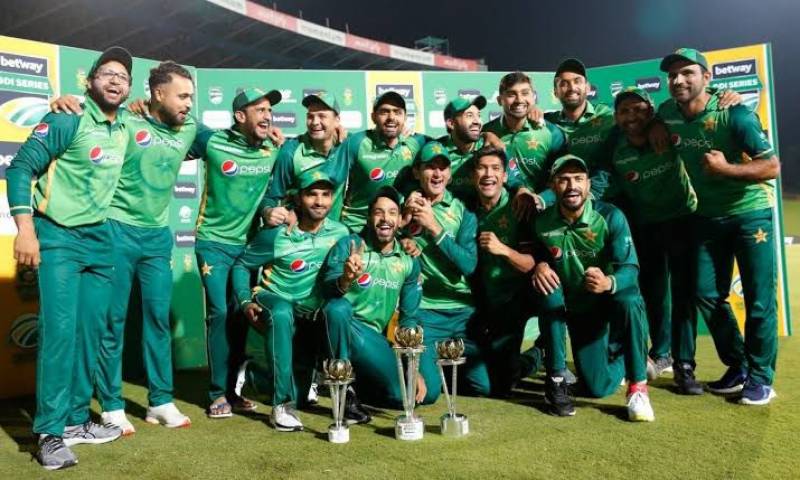 It appears as though Former England Captain, Michael Vaughan’s prediction on Pakistan sealing its spot in the semi-final has come to life. “Pakistan are looking exceptional.. They will reach the Semis.. all other teams will hope to avoid them & pray that whoever gets them knocks them out before the final…” tweeted Vaughan.

Pakistan are looking exceptional .. They will reach the Semis .. all other teams will will hope to avoid them & pray that whoever gets them knocks them out before the final .. Love watching them play Cricket .. #T20WorldCup #Pakistan

But, some may say it’s just Babar’s Boys due diligently doing the knocking out, of course, with a side of knock, knock, we’re here to hug!

#SpiritofCricket - Pakistan team visited Namibia dressing room to congratulate them on their journey in the @T20WorldCup#WeHaveWeWill | #T20WorldCup pic.twitter.com/4PQwfn3PII

On October, 24, Pakistan defeated India by ten wickets, with Babar Azam batting an unbeaten at 68 runs and Mohammad Rizwan bruising the baller’s confidence with his unbeaten 79. No wonder, the twitterati roared #WeHaveWeWill

On October 26, Pakistan defeated New Zealand by 5 wickets, with 8 balls remaining and in a hat-trick win, it afforded Afghanistan a loss on October 29. Looking this neighbour in the eye, Pakistan won by 5 wickets with 6 balls remaining and Asif Ali emerging as the star player for hitting four sixes in the 19th over. The team’s post hatrick win was against Namibia, on November 2. Here, Pakistan won by 45 runs and qualified for the semi finals, prompting Former England captain Kevin Pietersen to remark, “Only Pakistan or Afghanistan can beat England in this T20 World Cup…”

Only Pakistan or Afghanistan can beat England in this T20 World Cup. BUT and it’s a BIG BUT, the game would have to be played on a used wicket in Sharjah.
Anywhere else, just hand England the trophy like Chelsea should be handed the EPL trophy RIGHT NOW!
🏆🏆

But it was here that we saw these shahi bears resort to bear hugs, for they visited Team Namibia in the dressing room and congratulated their T20 journey. Babar’s boys are now expected to go head-to-head with Team Scotland on Sunday, November 7. Whether they batter, bruise or bear hug their way into victory is for audiences to see.

Babar Azam Named In ICC 2019 ODI Team Of The Year