USHNA SHAH AND HER TROLLS; AN EVER-ENDING STORY 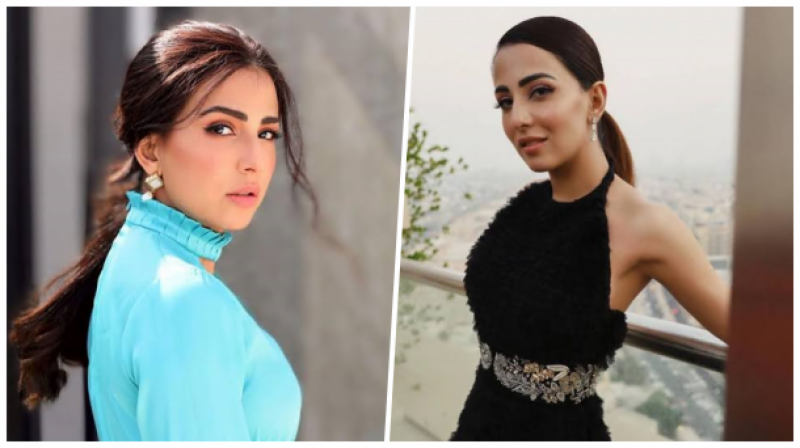 Ushna Shah is one of the most influential actresses in our industry. She made her acting debut in 2013 and gained fame with her role in the drama 'Bashar Momin'. Since then she has played in many dramas ranging from psychological to romantic. Her diversity and talent have gained her a loyal fanbase and respect in the industry.

But no matter what there will always be some haters. In her long-standing career, Ushna has had many experiences with trolls. Her trolls love to criticize everything she does, from her acting to her clothes, but in recent days it has gotten worse. Whenever Ushna posts something on Instagram her bored trolls are always first on the scene. But if her trolls are quick so is Ushna, recently Ushna has made sure to call out her trolls and haters. 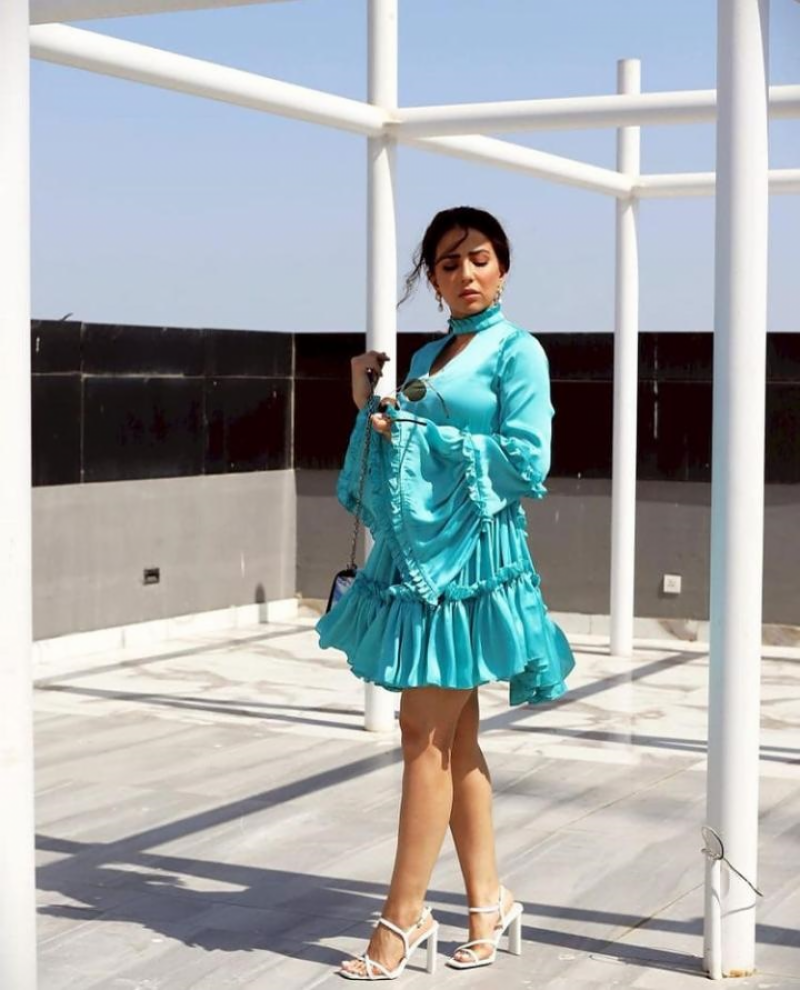 She recently posted a picture wearing a blue short dress looking stunning as always. In that post aside from her beautiful pictures, she used her sarcasm to take her post to another level.

we love how laidback Ushna Shah is.

This isn't the only event of her trolls taking a leap at her appearance. Ushna Shah has always faced criticism for her dressing sense. Her trolls always love to call her out on wearing 'revealing clothing' to which Ushna replies that it is her choice. Currently, Ushna is on vacation in turkey and other various places. As she posts her pictures from her vacation. Her trolls can't help but criticize her dressing sense and clothing choices to which Ushna pays no heed. 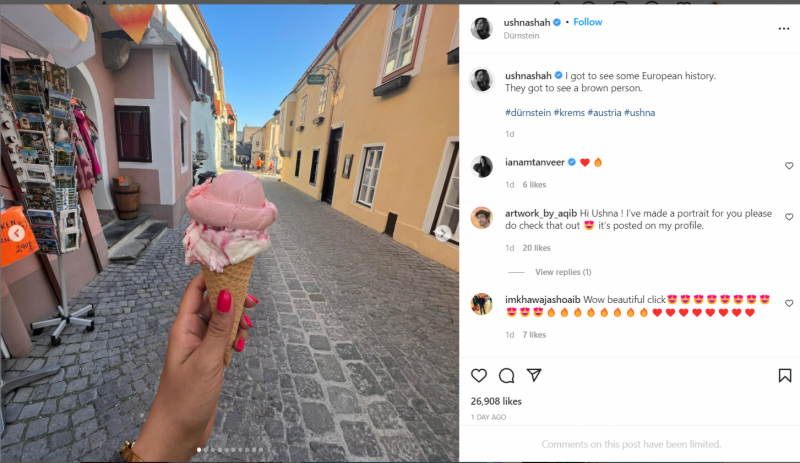 While touring through Austria Ushna posted cute and fun pictures. Her fans loved and commented on her photos. Her trolls on the other hand pin pointed and criticized one picture. In the series of pictures, there was one picture of Ushna's hand holding an ice cream cone. Her trolls commented relentlessly throwing shade at her 'brown hands'. This infuriated Ushna and she took to her story to reply to her haters.

Telling them as a matter of fact that she is a brown person, she is tanned and her brown hands paired with her pink nails look amazing, so why would she hide them?

She schooled her trolls for color shaming her for something that is part of her. Ushna is a brown person and hence so is her skin. The white-washed standards of being pale that have taken hold of our country can be seen swimming amongst these hate comments. Ushna isn't the only celebrity to go through this. Color shaming is the favorite hobby of all haters who are holding onto old beauty standards but the way Ushna schools her haters is commendable and we love to see it happen.

THROWBACK 2020 - USHNA SHAH ON WANTING TO REWRITE THE RULES