Saira and Shahroz, love in the air!

The adorably cute duo of Saira and Shahroz is undoubtedly one of the most sought after in Pakistan. Both of them have made a mark in the Pakistani television industry with their effortless acting and charming personas.

Shahroz, who is the son of legendary actor Behroze Sabzwari, wanted to be an actor since he was very young. The young actor majored in acting from the London Film Academy. The dazzling Syra Yousuf started her career with being a VJ and has honed her acting skills over the period of years.

Hello! got together with the loved up couple for a candid chat about their relationship and what they love about each other.

How did you meet? Was it love at first sight?

We met at a friend’s wedding during dance practices and it was love at first sight for Shahroz.

How would you describe your relationship?

Saira: I think we are friends first and then husband and wife and that’s very important to me.

Shahroz: I feel like she is still my girlfriend. 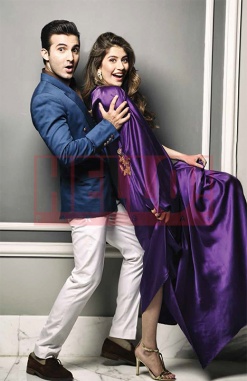 Who is the practical one and who’s the romantic?

Shahroz: She takes the cake for being both.

Three things you love about your each other?

Saira: He is a great host, is very fun loving and cares a lot about family relations.

Shahroz: I love her ability to see beyond an issue when no one can make sense of it, her honesty and the fact that she is very particular about Nooreh’s good health and cleanliness.

What is your idea of spending time as a family?

As our jobs tend to be very time consuming, the best way to spend time with each other is when we go for family vacations.

Shahroz: Read a book or watch a movie

‘Being on sets with Saira is great fun; we get to spend more time with each other’

While the playful pair and their happily ever after remains one of our favorites of all time, here are a few more duos in action that have made it to our list! 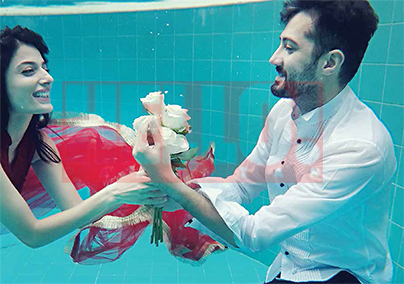 ‘Our marriage is entirely based around mutual respect, understanding and trust, which according to me, defines love!’

Love marriage or arranged marriage - how did you meet?

Faryal: Our marriage is entirely based around mutual respect, understanding and trust, which according to me, defines love! We met during our college days at Alhamra, Mall Road, where both of us were working. We were introduced to one another and became friends. With time, we became best friends and fell in love with one another and decided to make it official.

Zohaib: Love. We met while The Videographers were covering one of our first major gigs, a theatrical play by Wasiq Qadeer and Omair Rana called ‘Noises Off’. She was interning for Dawn and we were there filming it. We met, became friends and it’s a long story from here.

How does your partner show support whether it be in your career, at home or with tough times?

Faryal: By telling me that I can accomplish anything if I put my mind to it. This includes a lot of coddling.

Zohaib: She’s very supportive and understanding about working late and seven days a week. She understands that I’m working towards putting a dent in the universe and she believes that will happen. She’s always there for me.

Your partner in one word? 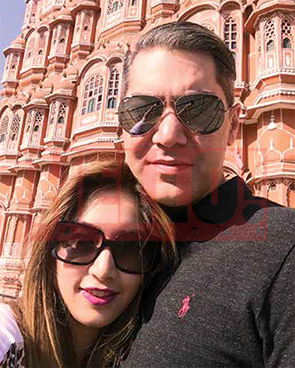 ‘She works with me as a creative head and her being around is a great support for me’.

Love marriage or arranged marriage - how did you meet?

Mishal: We met...scratch that, we SAW each other for the first time at our engagement stage at a function with 300 guests! Our parents sealed the deal on our behalf, so yes, it was arranged!

Asad: Arranged, we met at our engagement ceremony.

Your partner in one word?

Saira Shaikh Invites Us To Her Eclectic Home in Karachi An ...