The Cambridge's Will Visit Pakistan In Autumn: Kensington Palace Confirms

Kensington Palace announced on June 29, that the Duke and Duchess of Cambridge are set to visit Pakistan in autumn.

Pakistan’s high commissioner in London shared his thoughts on the announcement.

“The upcoming Royal visit is a reflection of the importance to the United Kingdom attaches to its relations with Pakistan,” said Mohammad Nafees Zakaria.

Even though this will be the Duke and Duchess’s first trip to the country, this visit comes 13 years after the Prince of Wales and the Duchess of Cornwall--Charles and Camilla--toured the country in 2006. 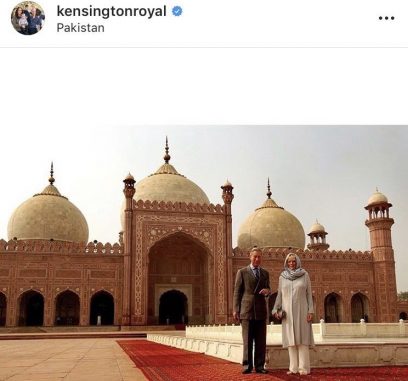 Previously several reports speculated William and Kate would be touring multiple commonwealth countries, however the announcement confirmed that they’ll only be visiting just one.

The Duke And Duchess Of Cambridge To Visit Pakistan Next Week

The Duke and Duchess Of Cambridge Announce Baby Due Date

The Duke And Duchess Of Cambridge Have Arrived In Pakistan

All The Details From The Glamorous Evening Reception In Islamabad For ...