SO WHAT IF ALIZEH SHAH SMOKES? 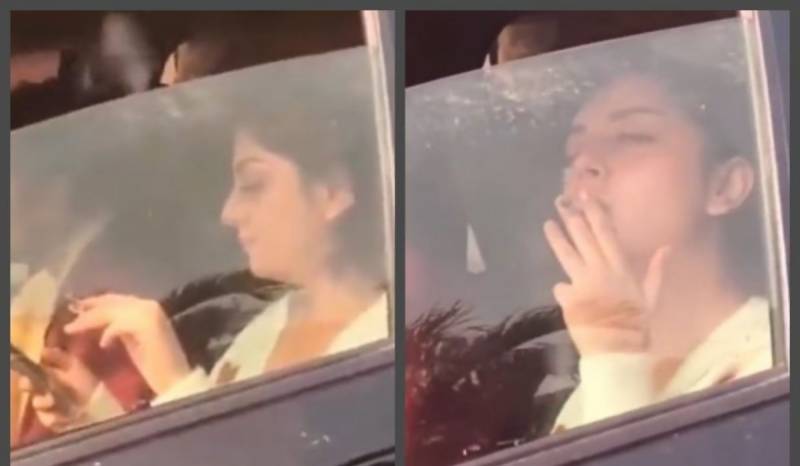 Some shared a past video of Alizeh Shah in which she is seen arguing how Pakistani women are unable to live life on their terms. With her clip of smoking in public, they claimed it proof of her ‘hypocrisy,’ without realizing that their backlash absolutely proves Shah’s point.

A spiteful attitude towards women is still among the ugliest, longstanding truths typical Pakistani society, where it is merely men who have a license to do whatever they want to. Women, on the other hand, apparently require society's approval along every step of their life - whether it is a big decision in like divorce or a small, rather personalized choice like smoking; their decision making ability will be affected, and largely compromised, by what society thinks about them.

Character policing of women is so common in our society that it is not even considered terrible. Should  something unpleasant happen to them, they will bear the brunt of the blame. We may see such examples around us routinely, but some recent videos going viral impel us to talk about this today.

Someone captured a minute-long video of Alizeh Shah sitting in her car smoking with her friends and uploaded it on a fan page; the video was uploaded three days ago, and she is still trending at number 2 on Twitter, but this isn't something new. Shah tends to trend on Twitter every few months and it feels like netizens have problem with every single thing she does - from her cutting her hair, to what she is wearing at an award show, to her wardrobe in drama serials and her Instagram captions, all suffer the public scrutiny. Surely, we wonder why; is it the male misogyny that feels the need to bash her when she does something that she likes or the culturally transmitted, inter-generational belief that women need male approval for everything they do that essentially makes people furious about all that she does.

One Twitter user was found asserting that Pakistani culture doesn't allow women to smoke. Another wrote, ‘While promoting feminism, Pakistani girls are gone too far. They have adopted European culture completely, whether it is about dressing or their way of life. Alas!!’

Those blaming the entertainment industry for her smoking weren't going to be left behind. A Twitter user alleged how ‘Alizeh Shah is the prime example of how the showbiz industry ruins you.’

However, it wasn't all bad. Some people did come out in support of her. Where one said ‘stop being her dad,’another said ‘so-called ghairat of Pakistanis get hurt when they see #AlizehShah smoking, but their ghairat remains in deep sleep when their country has been sold out to IMF. #MiniBudgetByPTIMF’

The fact that someone invaded her privacy and uploaded a video of her on the internet without her consent is not bothering our people. What she was doing in her private time with her friends was a national concern. This takes us back to 2017 when Mahira Khan's pictures with Ranbir Kapoor went viral, where she was seen wearing a knee-length dress and smoking. This became a national concern overnight, and Mahira was labelled as characterless and whatnot. Almost four years to that, and still in every single interview, somehow those pictures are brought up as if that is what defines her.

Entering 2022, our question remains, so what if she smokes? What a woman chooses to do in her private time with her friends should not be anyone's business, and it isn't supposed to be a national concern. Just because someone is a public figure doesn't mean that you start judging their personal life as well.

Is A Sequel To Shah Rukh Khan and Mahira Khan Starrer 'Raees' On The ...