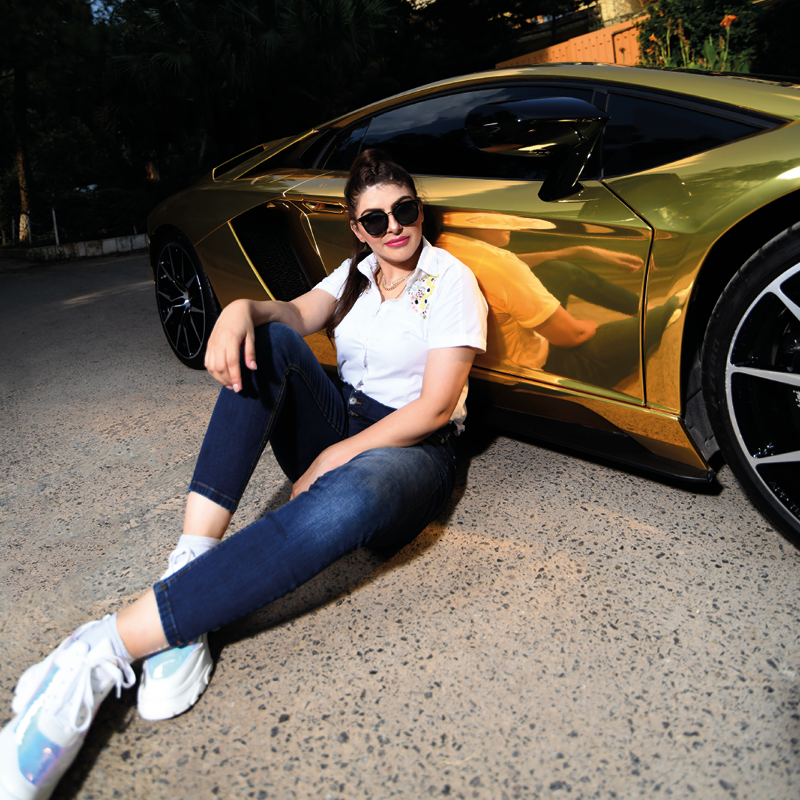 Rising rally star Salma Marwat Khan has been driving since the age of 13 and was destined for a thrilling racing career from a young age. This highly driven, motivated, and hard working rally car racer is breaking stereotypes and blazing a path with her astonishing skills in this field in Pakistan. HELLO! spoke with this dynamic car racer who has graced the local world of motorsports on; what inspired her journey, the future of motorsports for females in Pakistan and more...

Tell us a little bit about your upbringing; where were you born, where did you go for schooling and what was your childhood like?

I was born in a residential colony near a Chashma, known as Kundiya. I came to Islamabad when I was two years old and I studied at IMS, G-9/2. My childhood was pretty average, but very active and lively as I took part in a lot of sports and games. I was one of the members of my school volleyball, basketball and netball team.

How did you get into racing? What was or who was your inspiration?

Growing up I have always taken a keen interest in racing. I loved playing with cars, my brothers, and games that are considered to be for boys — instead of playing with dolls and my sisters. I learnt how to drive a car when I was 13 and would also enjoy watching racing of all kinds with my father and brothers. Thus, racing has always been a great passion of mine and I always aspired to be a racer, like I am today, since I was a little girl. 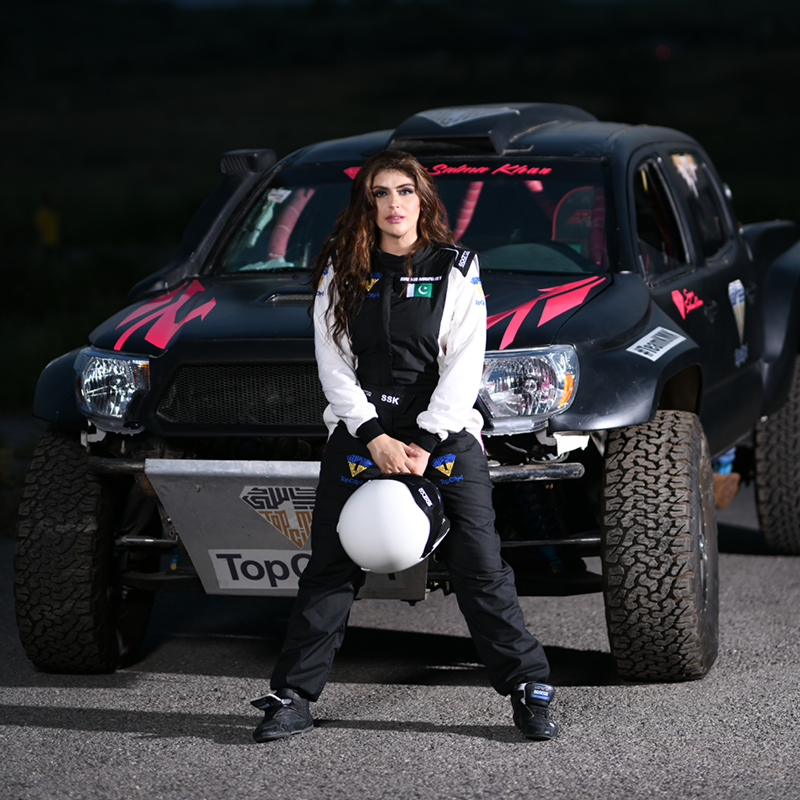 What was it about getting behind the wheel of a rally car that made you think it was a career option?

Behind the wheels of a rally car is the perfect career option for me. It is one of the toughest, yet most exciting forms of racing I know. As a woman, this isn’t an easy option, but I wouldn’t settle for anything less! This allows me to be an inspiration to other women who can come forward, show their true potential and prove, on their own, that they are not any less than men in such fields.

What is it that you love about rallying? How did you know it was the right formula of racing for you?

Rallying is a very challenging sport, but that is what I love most about it. Long-distance tracks, combined with a dangerous yet beautiful landscape of rocks, mountains and sandy deserts is so stunning. There are many different kinds of rally cars and I love the whole process of training which we do about a week before the actual race. A new track each time gives me a new sense of excitement and increased sense of competitiveness. The overall rush of adrenaline that I get with my work is the main reason why this kind of racing is perfect for me. 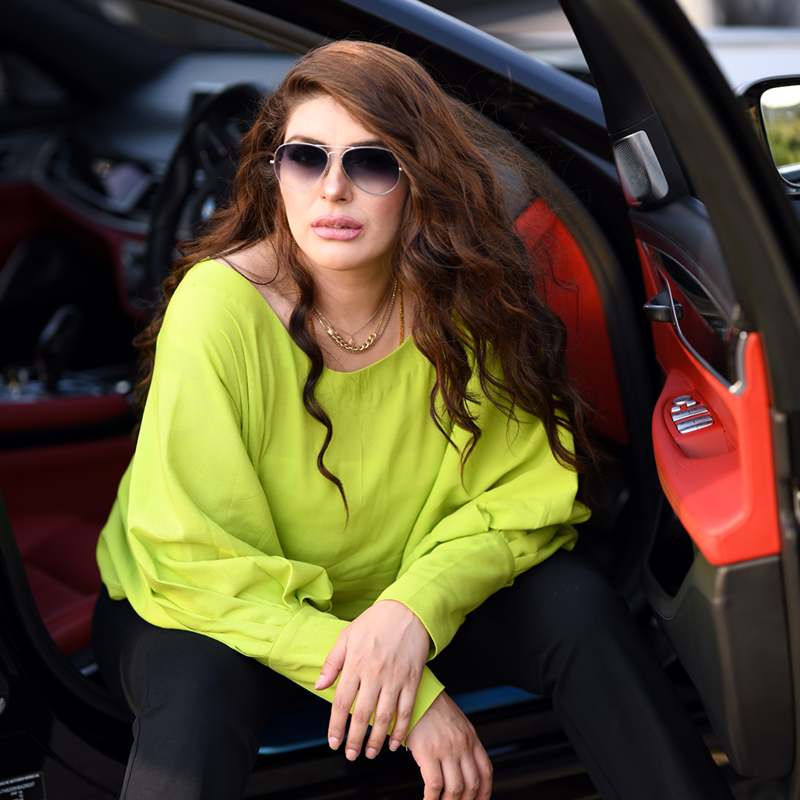 Tell us about some of the main rally events you’ve participated in. Which event has been your favourite so far?

I would say all of my rallies are  a favourite and quite honestly, it is hard for me to just choose one as every rally has given me a different experience and each of them have their own kind of excitement. However, if I really had to choose one, I would say my first ever rally at the Safarangah Valley, Cold Desert is a favourite because I was new to the whole experience and this is also where my career began. The place is also very beautiful. After that one, I would say is the Cholistan Rally which is one of the biggest tracks of Pakistan and I enjoyed that very much.

What’s the feeling like when you’re out there on the track?

While I am racing, the whole time I feel this wild rush of adrenaline that is one of the main driving forces. I feel as if I am on top of the world and that nothing can hold me back. I am excited and have this feeling of competitiveness the whole time. I tell myself that I have to win and strive to perform to the best of my ability at all times.

What’s an average day like for a rally racer?

So on average days, my routine is pretty normal. I keep fit by working out and making sure I eat what’s right for my body. We drive our cars, but nothing special. The real fun begins when the racing season starts. This is when my team and I go a week beforehand to where the race takes place and train during that period of time. We go out early in the morning into the desert, train for the whole day and come back during the evening. 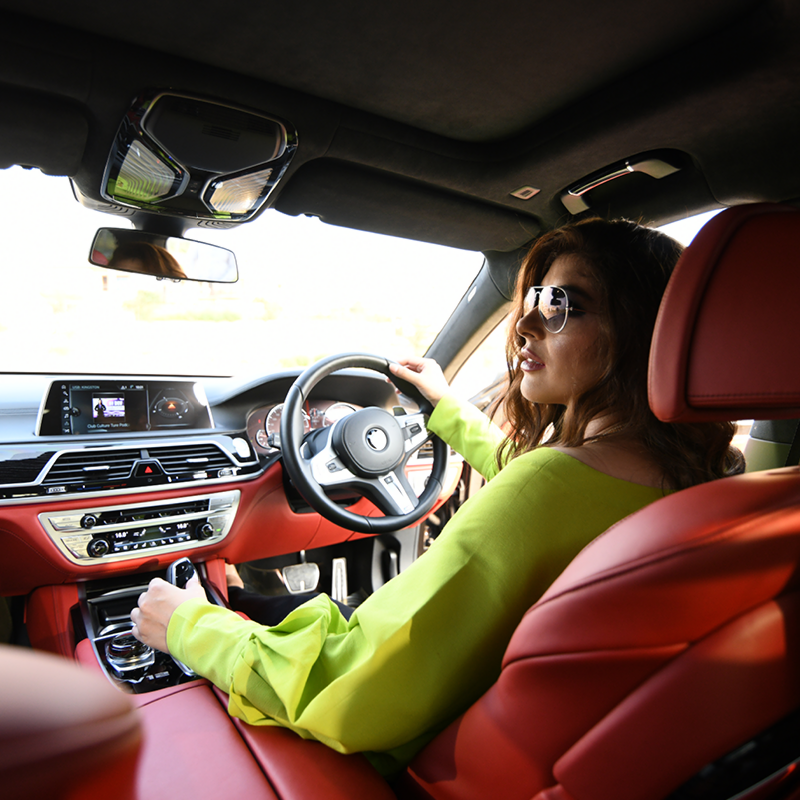 What are the most challenging and fulfilling parts of your job?

To go out at such a long distance for practicing and racing itself is no easy job, especially for a woman. It is very difficult as the drafts are not easy and the tracks one is practicing upon are not smooth. During the race, I have to make sure my mind and body has enough energy to fulfill the race with my best performance. Alongside, with having the willpower to win first place, I have to prepare myself and expect all sorts of outcomes. On the track, I cannot afford to make a mistake, as even the minute mistakes may cause you to get left behind. The most fulfilling would be the people appreciating me after every race and increased number of fans, as that truly is the best moment I get to experience as a racer.

What is it like being in such a male-dominated field?

It makes me proud to be part of a male- dominated field — I get to break many stereotypes of what a woman can do and cannot do. I also am an inspiration for many young females out there who want to be in similar fields because of me.

Motorsports has typically been male-dominated – do you see that changing now and how so?

Yes, it most definitely has! I can see the presence of women in such fields gradually increasing. Females are more confident now and I support that and would love to see many more of them in the future. I am grateful that I represent TopCity-1 as the brand ambassador — they have sponsored me so that I may participate in different rallies in the last couple years.

Tell us what’s your dream rally to take part in and why?

I would love to enter the Dakar Rally. This is because it is one of the biggest and most popular rallies in the whole world. No one from Pakistan has participated in this rally yet. I want to be the first to take part, represent our country and females and win first place. 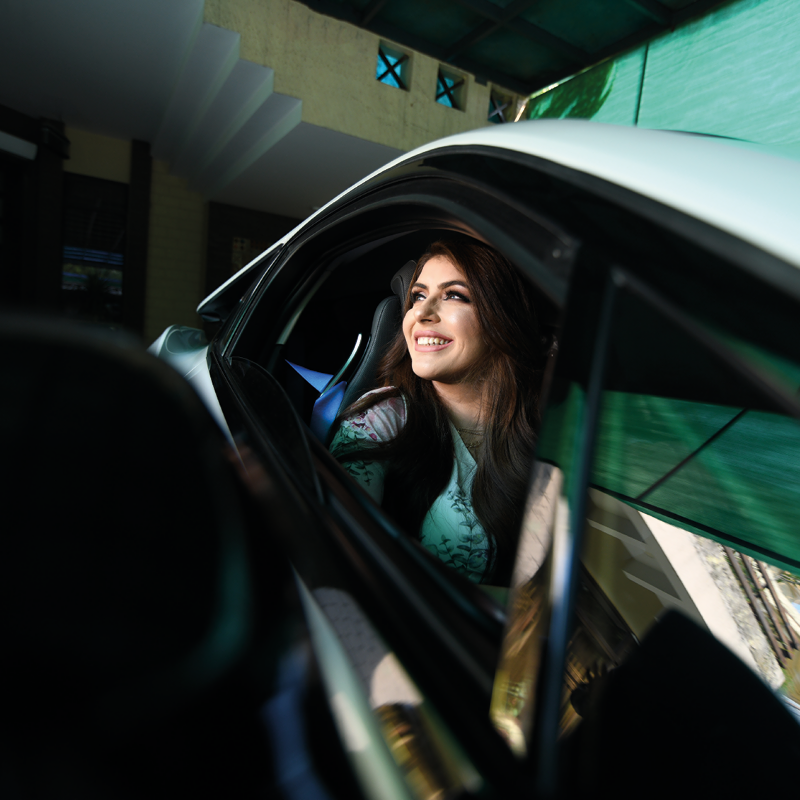 What is your favourite car to race?

The Tacoma rally car is my favourite car. It is one of the best rally cars in Pakistan and all of its parts have come all the way from the USA. This is the one that I currently have, so I already have my favourite car.

What would you have become, if you did not take up car racing?

I would either be a volleyball or basketball player if I had not taken up racing. I have been playing these sports ever since I was a young girl, so it is most likely that that is what I would have become.

What’s the future of motor racing for females in Pakistan? Where do you see it in the coming years?

I can see a very bright future for females in motor racing, if it is something supported by the government and accepted by society. Or else, if you are lucky enough to get a good sponsor who is the biggest car enthusiast of the country and believes in your skills.

But, even despite that, I can see many females taking part in motor racing in the future. 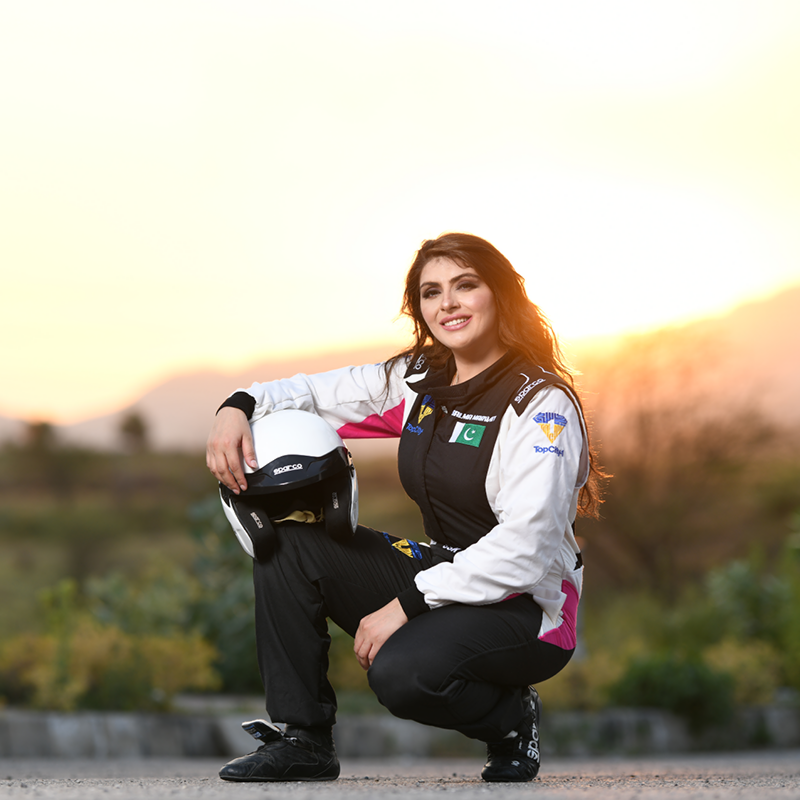 What advice can you give someone about following your dreams, specifically to girls who want to get involved in motorsports?

The advice I would give is that if you are facing difficulties and want to start when things are a bit smoother, keep in mind that, in life, one always faces hurdles. One needs to have a lot of faith and work hard at most times because great things in life never come easy.

What are your future ambitions?

In the future, I would like to win titles and awards in rallies I haven’t taken part in yet; and then after that, race on an international level with racers from around the globe.