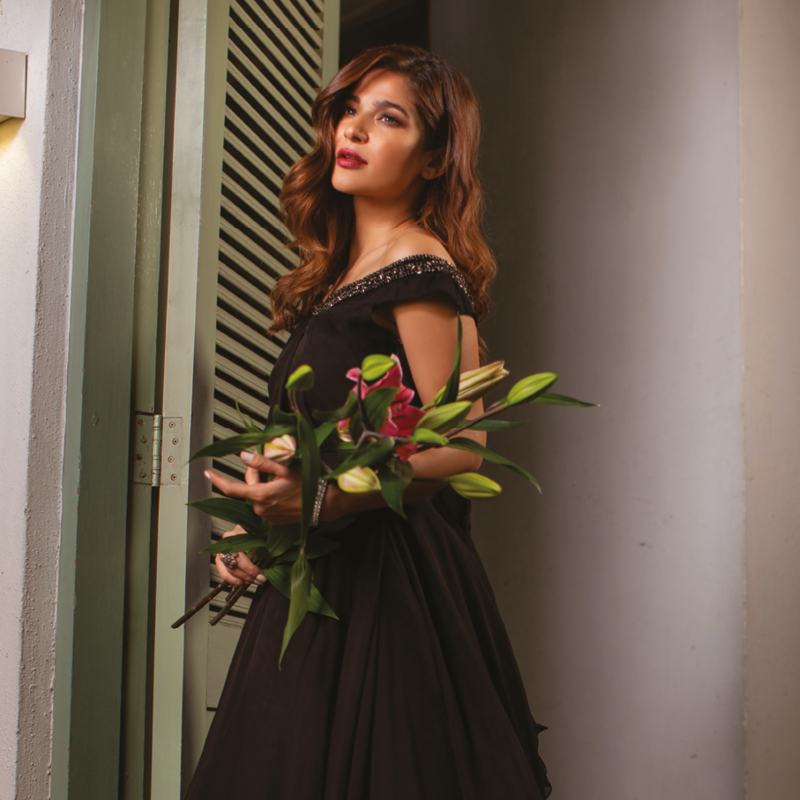 While she can be regarded as one of the most fashionable celebrities in Pakistan today, known for her, poise, confidence and girlish charm, you can’t help but admire Ayesha Omar’s career graph and performances over the years. She has received immense adoration from audiences for her role in one of Pakistan’s longest running comedy TV shows Bulbulay and continues to impress everyone with her selective work in film. We met the lovely actress in Karachi as she speaks about shuttling through the chaos of showbiz, and pauses to reflect on matters relating to beauty, fashion and personal branding.

How does it feel when your name comes up as one of Pakistan’s best dressed celebrities? How much thought goes in to each look?

It feels pretty great. I am always humbled when my name comes up as one of Pakistan’s well-dressed celebrities because when I was growing up, frankly speaking I never cared about how I dressed – I would just wear whatever was comfortable and served the place I was going to or what I was doing. I was a complete tomboy – even now at home, you’ll find me in my PJs. When I realised that I had a basic style, I began making an effort which wasn’t too much, but rather me using my basic aesthetic sense.

With red carpet outfits it’s different – my stylist and I plan weeks in advance and discuss what kind of look it’s going to be, depending on what the event is. I am given lots of options by my stylist and we shortlist the outfits. Sometimes it’s also very last minute, so it all depends on how much time I have and what I am feeling. 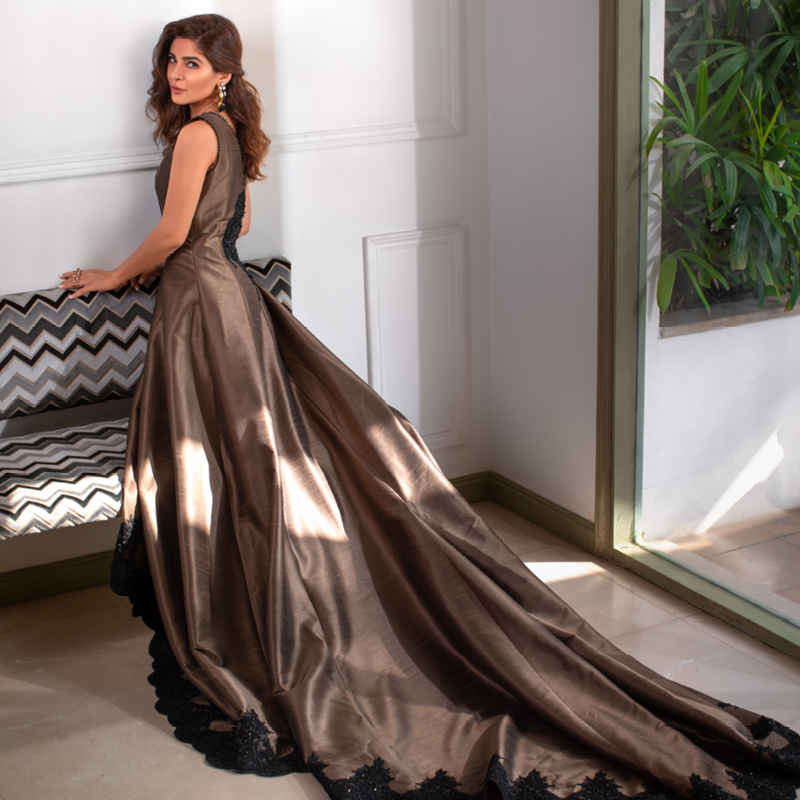 You’ve always been a trendsetter with your fashion choices. Have you ever stepped out of your comfort zone?

Thank you so much for the kind words. I am not sure if I am always a trendsetter – there are times when I just do things in a hurry and pick and choose items without even thinking. I feel all that you have seen and experience growing up, the exposure that you get when you travel, everything that you observe from other cultures, and everything I may have learnt in art college as well, plays a part when you’re choosing what to wear. Your clothes are an expression of what you’re trying to say.  Sometimes, I do step out of my comfort zone, I take risks and experiment. Sometimes, I take advice from other people when I am second guessing myself, but eventually I take the executive decision and follow my gut.

Do you feel the pressure of always looking good? Tell us which one is your most favourite red carpet look?

I do feel the immense pressure to look good, sometimes I succumb to it and sometimes I don’t. Most of the time when I am dressed very badly and have stepped out of the house and ended up getting photographed — I wish then that I was dressed better. When I am making public appearances and I know I will be running into people, there’s a lot of pressure of living up to expectations.

I like a lot of my red carpet looks but recently I really liked what I was wearing at PISA in Dubai; at the HUM Awards in Houston which was a white saree with a very pretty bustier blouse; what I wore at the HUM Style Awards this year, styled by Sana Anwar; and at the IPPA Awards in Oslo.  I also liked some of the outfits I’ve worn at winter weddings. 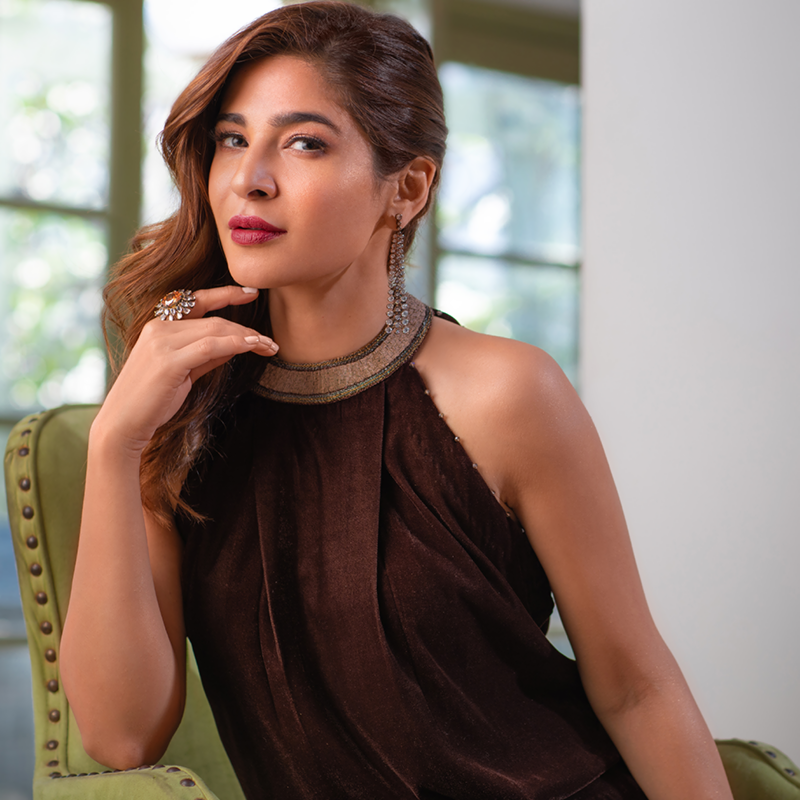 You’re very selective about your roles on TV and movies. Is it a conscious decision?

Yes, I am consciously trying to select my roles – I pick and choose roles according to the script and always want to do characters that say something, and that is evolving, whether it is a negative or a positive one, because I don’t think that stagnated characters are real. My role in Zindagi Gulzar Hai was a great example of an evolving character as she goes from a rebellious, spoiled, self-obsessed girl to becoming a much better person.

Off late, I have become even pickier as very few characters written in our industry, give a fair portrayal of women. I don’t want to play any role that I myself have trouble believing or resonating with. 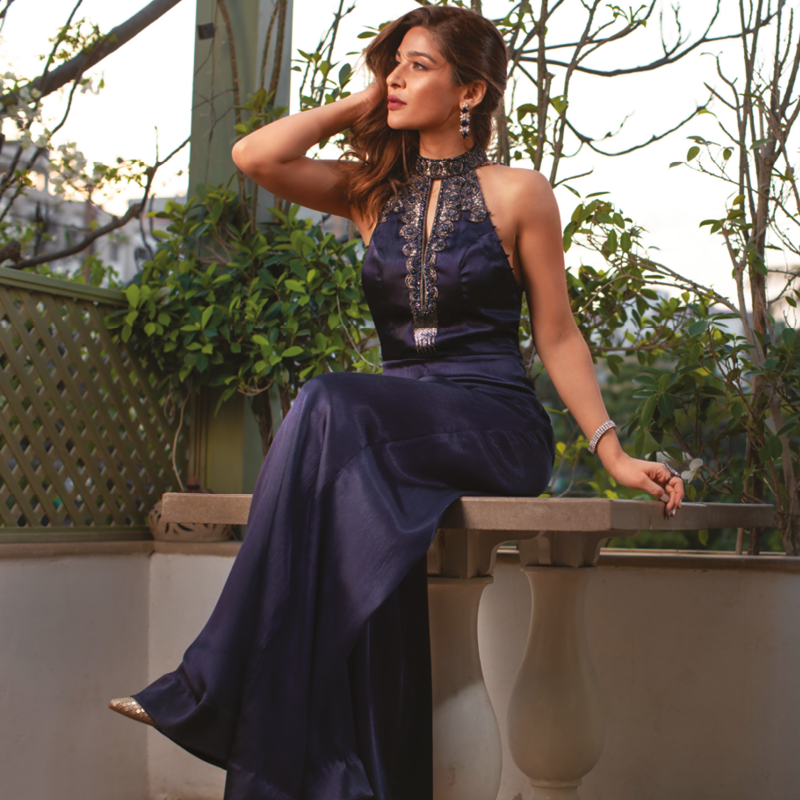 Your role as Khoobsurat in Bulbulay has always got immense love from the audience. Did you think of leaving the show at any point?

The role of Khoobsurat has given so much love that I can’t even begin to calculate it. I never thought it would become such a big show and so popular – never thought it would become so big that people would identify me with it. Yes, I thought of leaving the show multiple times because of various reasons, sometimes because I wanted to progress to another phase of my life or because I wanted to break out of the mould of Khoobsurat – once you are part of something for so long, you’re stamped with that character’s identity. To leave the show would mean this family would fall apart and the show would not be the same. All of us have this loyalty towards Bulbulay, which we feel is a part of our lives.

Which has been your favourite role so far? Why?

That’s a tough one. There have been lots and lots of roles that I have done in the past fifteen years. One of my favourite characters was in a telefilm Desi Girls – it was about three girls who form a band in their neighborhood and they want to sing. There was another character I played in Soha aur Savera and I loved my character of Savera – it was very challenging. I also really liked the character of Mandy in Kaisa Yeh Junoon, it was also a pretty interesting one – took me all over the world and I worked with Azfar Rehman who’s one of my closest friends. We were kids, we grew up during that time – it was a lot fun regardless of all the hard work, sweat and tears that went into it.

I really liked my character of Mariam in Karachi se Lahore, I tried very hard to break out from the mould of Khoobsurat because I didn’t want anyone to see any similarities. 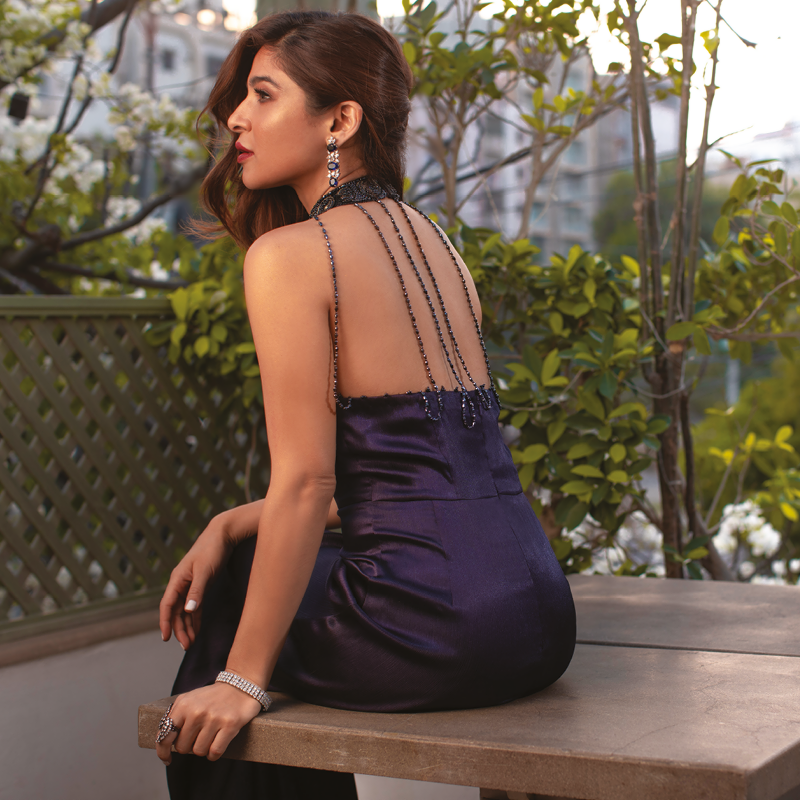 Looking back, is there anything you feel you could have done differently?

I wish I had said yes to certain projects that I refused – I took advice from too many people back in the day because, maybe, I didn’t trust my judgment too much. Then I came to the resolution that every time I don’t follow my gut, and listen to my inner voice I regret it – every time I do, I am grateful.

Tell us about a moment from film/drama sets that you will cherish forever.

There are tons of moments – whether it is sitting with my seniors and having intelligent conversations, learning things from them or sitting with my colleagues and favourite actors and getting to spend precious time with them.

Recently I was working on a film Money Back Guarantee with bunch of people that I have known since college days, directed by Faisal Qureshi – we reminisced about college times and it was a really great environment on the set. I felt so respected, things were so organised and disciplined — I spent about a week on set which I will always cherish.

Is there any particular film/drama which you regretted missing out on?

Yes. There are three films that I really regret not signing – one is with Humayun and Nadeem, one is with Mehreen Jabbar and Laal Kabootar that I was asked by Kamaal Khan to audition for and I just wasn’t be available due to other commitments. I really missed out on that. Not doing Laal Kabootar is probably my biggest regret.

How critical are you of your own work? Do you revisit your dramas/films and try to introspect about what worked for you and what didn’t?

Sometimes I’m very critical of my work. I always watch myself on television and feel that I could have done something better. Since I made the YouTube channel — because I edit the Vlogs myself, I observe myself more, re-assessing and re-evaluating each recording. Even in dramas and films, I take advice from my seniors and listen closely to my director, or watch my own self takes. If there’s room to manoeuvre, I try and re-shoot.

What is meant for me will come to me. That gives me a lot of peace and helps me navigate my path. My brand is the real me. I’ve been brought up in an environment where I’ve been taught to keep it real. 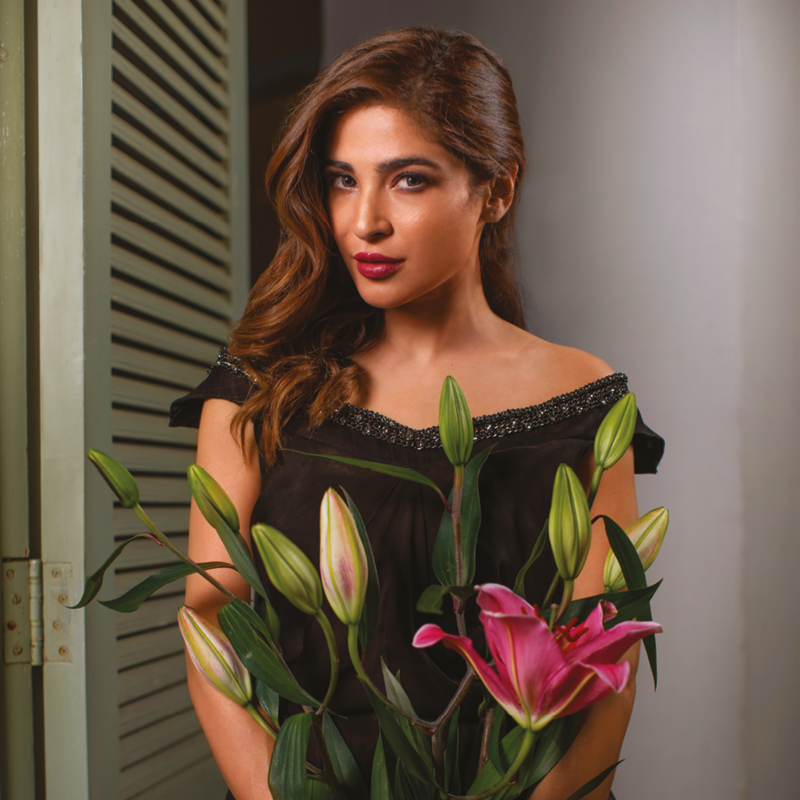 Personal branding has become an increasingly important practice in the industry. How do you keep it real?

This is so important. Unfortunately in Pakistan, we rarely have any image consultants. We don’t have people or PR companies who will create a brand for us. You are your own brand and image-maker. We even need professionals to manage our wardrobe, styling, taking care of food, or managing our finances. We’re doing it all. So it gets really tough and we spread ourselves too thin.

The image that you see of me on TV or on Social Media is actually the real me. I’m the sort of person who likes to stay true to my core values, principles, what I believe in — whether it’s my eating habits, or causes that I believe in, or support. Even in my personal dealings, I am very straightforward. I’m professional and ethical, I dislike dishonesty and I find laziness is not helpful — one must give it one’s best. I don’t want to look back and regret not putting in a hundred percent. I believe in being genuine, by keeping in touch with people, by caring, by having empathy, and by wanting to be a part of someone’s life. By being there for somebody whether it’s for someone in my work circle or personal life. I keep connections real.

A hashtag to describe your current state of mind?

How to refuse shaking hands with someone without making them feel offended (laughs).

A fashion trend that you hate?

I am not a fan of wedges with pants or shalwar kameez.

Half An Hour With The Beautiful Ayesha Omar

Ahsan Khan and Ayesha Omar To Star in 'Rehbra'

The Style Queen Ayesha Omar Is Always On Point!