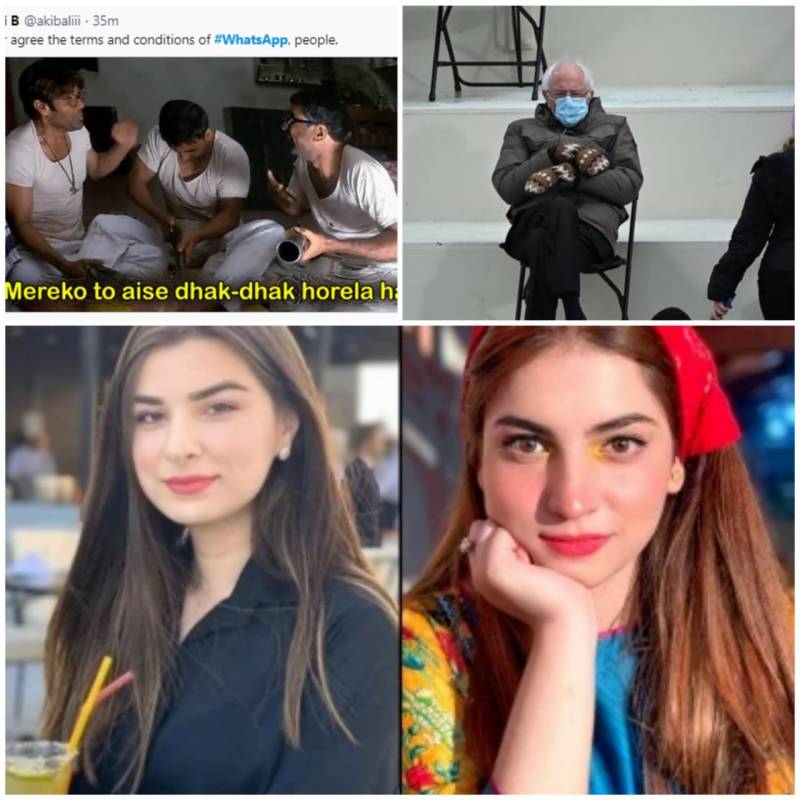 The new normal pandemic era has brought so much attention to the fact that social media platforms are influencing every aspect of our lives, and we are unknowingly changing lives with just one click - a like or perhaps a share! Facebook, Twitter, Snapchat, Instagram hold the ability to make anyone famous overnight, thanks to their user base.

Gone are the old days and traditional ways of research for tracking someone down. Today any person, anywhere, is just a click away. Anyone can be famous in just a matter of seconds ... all thanks to social networks. HELLO! has put together a few stories of people who experienced the power of unexpected fame and news stories that are making rounds all over social media.

Moments, after the video was posted, went all viral and was re-shared thousands of times - the web was flooded with memes and recreation of the video in everyone's own version - the video was also given its hashtag on Twitter #pawrihorahihai. Not only that after taking Pakistani social media by storm, the trend #PawriHoriHai also traveled across the border. And was turned into a catchy song by the Indian music composer Yashraj Mukhate. Dananeer Mobeen rose to stardom in just a night, she has now one million followers on Instagram and became a part of the PSL franchise Zalmi family.

Just as the Pakistan Cricket Board unveiled the official anthem of the Pakistan Super League (PSL6), social media erupted into reactions. The 'Groove Mera' anthem was composed by Xulfi and Adnan features vocals by Naseebo Lal, Aima Baig, and Young Stunners.

The crowd wasn't impressed with the combination of singers and vented their disapproval for the official song on social media. Although the song isn't that bad to listen to - it isn’t a hit either, yet the music managed to be catchy. However, those not impressed were quick to dish out criticism on social platforms, wishing they hadn't heard the track and many simply couldn't decipher the words, and several questioned the lyrics.

Zara Naeem, niece to Aleem Dar, was declared a global prizewinner after she secured the highest marks in an ACCA exam conducted in December 2020. The girl has been the talk of the town because of her achievement in the field of accountancy and has been trending on social media.

Meet Zara Naeem, an ACCA student from Lahore. She has scored the highest marks among all ACCA students in the Financial Reporting exam in December 2020 exam session and has been declared our global prize winner. pic.twitter.com/feM71yiAM9

Netizens flooded social media to congratulate Zara Naeem on her accomplishment. Celebrities and sportspersons across the country and the country itself is proud of Zara Naeem's performance because topping the ACCA exam worldwide is a huge deal indeed.

A video of singer Bilal Saeed went viral on social media, in which he is seen physically abusing a man and a woman - rumors were that the couple with whom the singer is being violent is his brother and sister-in-law. The thing that actually triggered the audience was the Saeed singer was spotted kicking the woman repeatedly in the presence of police.

In the video, the ‘12 saal’ singer can be seen beating a boy and a girl, while some security personnel are trying to stop the scuffle. #BilalSaeed @Shiffa_ZY pic.twitter.com/DTvoJO3qkk

#ShameonyouBilalSaeed was making rounds on social media platforms, as Bilal Saeed supporters were in great shock and utterly disappointment seeing the singer losing his patience.

WhatsApp has the biggest user base and previously the app's commitment was to provide security and privacy with encrypted conversations to its users, mainly this was the reason that the app was widely used. However, things took an unusual turn, when WhatsApp introduced its new privacy policy, and Pakistanis just being Pakistani perfectly meme-ed out the situation.

We want to address some rumors and be 100% clear we continue to protect your private messages with end-to-end encryption. pic.twitter.com/6qDnzQ98MP

People as usual assumed the worst and were under the impression that their conversations will be monitored and shared with Facebook. And when someone is scared they make jokes - the same happened in this situation, Pakistani flexed their meme-ing skills and flooded the social media with WhatsApp Headquarters memes.

The newly placed statue of the national poet Iqbal in Lahore caught the people's eye as the sculpture did not appear to resemble the Allama Iqbal at all. So, the news spread across social media like fire, where many people were disappointed and offended with the artistic skills of the creator of the sculpture.

In a viral video, Uzma and Dia owners of the well-known elite restaurant Cannoli tried to banter with their manager for his English speaking skills. The clip was posted on Cannoli's Instagram page but taken down within minutes as the owner's take on, 'introducing team members' turned into a mess. The video was uploaded to social media platform garnering a boycott trend.

This is the most disgusting thing I have seen on Twitter today belittling the staff if they can’t speak English. I don’t know when would this vicious upper class come out of this English language complex & stop judging people on their Eng language skills#boycottCannoli #cannoli pic.twitter.com/acRtsp6FEx

The Cannoli story didn't end at boycott trend, public decided to teach a lesson to the owners by arranging a Facebook event 'a Cannoli ke Bahar Urdu Mushaira' which actually happend and many citizen attended the event.

In all the inauguration fashion news, let us not overlook Senator Bernie Sanders’ mittens pic.twitter.com/BlZivZ8cMP

Bernie Sanders watches as Jason Derulo falls down the stairs at the inauguration! pic.twitter.com/CaMkvx1eCr

Although the picture is just like a normal man sitting distantly from the crowd, but it quickly made its way across the social media platform paired with funny captions and thousands of photoshopped memes on social media.

TROLLS TRIGGERED MALALA INTO TALKING BACK!

WHY IS ‘ARABIAN NIGHTS’ TRENDING ON TIKTOK?