Ahmed took to his Instagram to share the happy news: ‘Truly honoured to have won Best Actor at Washington DC South Asian Film Festival for Laal Kabootar.’ DC South Asian Film Festival is one of the most celebrated film events on DC’s cultural calendar, showcasing the best in alternative cinema from Pakistan, India, Afghanistan, Bangladesh, Nepal and Sri Lanka. Another major win as Laal Kabootar has also been selected as Pakistan’s official entry to the Oscars this year. The movie is a Karachi-based crime thriller that chronicles the life of a woman setting out to avenge the murder of her husband. 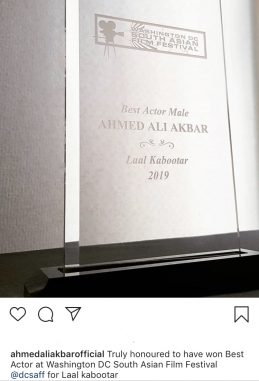 Meet The Pakistani-American Sisters Who Are Raising Awareness About ...