Daniyal Sheikh on Bridging Gaps... One Placard At A Time

As the world catches up with the digital age, raising your voice for a cause can take many forms. Echoes from a microphone when you speak for what’s just may not reach everywhere - but a tweet can, an online petition can, and in Daniyal Sheikh’s case… a whiteboard can. Creator of the famous Karachi Vynz page, Daniyal identifies himself by his own words, 'a digital creator who is certainly not an influencer'. For years, his lens captured and told stories that audiences love and now his placards help raise awareness on societal issues most of us often overlook. With the help of a whiteboard on which he encapsulates his thoughts, Daniyal involves his followers to speak up collectively about an issue. From ‘What Every Hijabi Has Heard’, to ‘What What We Say To Promote Body-Shaming’ to graver topics like ‘What Pakistanis Say to Promote Rape’, Sheikh’s whiteboard has borne the burden of cruel words, mindsets, and cultural taboos that have haunted many people who became victims to them. This act truly sets him apart in opening discourses and awareness about issues we fail to address. In an exclusive conversation and one of his first interviews for a publication, catch Daniyal in an insightful interview with H! Pakistan… 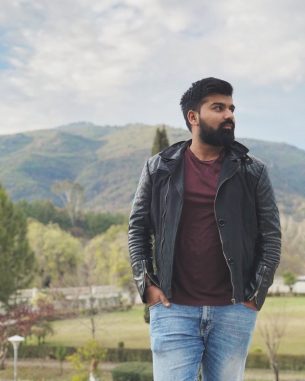 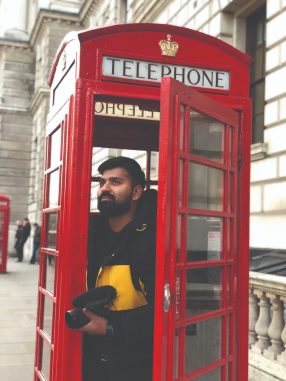 When did you start content creation and how has it evolved as you grew into this niche?

I started content creation in 2014. It was a time when YouTube was banned in Pakistan and we had started a page by the name of 'Karachi Vynz'. It's still there by the way. In the past year, I experienced a massive shift in my personality - I became easily angered, vexed, and troubled.  And often all these emotions are channeled through the placards that I hold. I feel if I have so many people following me on various platforms, it's very important to instill hope in them. I take this as a responsibility.

As an influencer, who or what influences you?

I have no idea who decided to 'rename' digital content creators as influencers. Because in my opinion, everyone is an influencer. For instance, our mothers at home are amazing influencers - she influences what happens in the house. Our fathers are influencers. Then comes the political leaders, the educationalists, and more... Digital creators in my opinion are not influencers. And if you're calling me one, then that's a huge responsibility we are talking about. 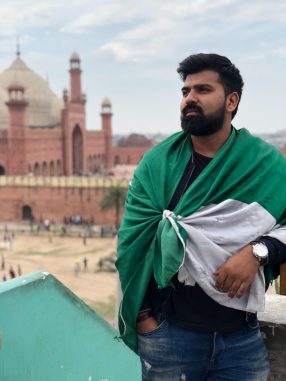 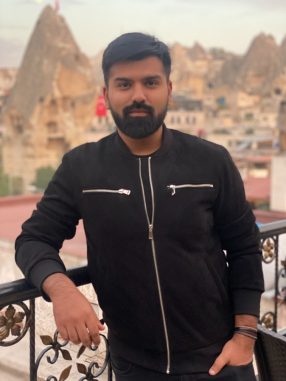 Your Instagram bio says 'A whiteboard speaks my mind'. And indeed your Instagram is unique in a way that you touch base on societal issues, taboos, and nuances, creating conversation and bridging gaps with it. We are curious, when did you conceive the idea of relaying your thoughts through a whiteboard and involving people in it too?

When you begin content creation, you start with the smallest ideas which slowly evolve into big ones. It was Aurat March 2020 and I raised a placard which said 'Rapist Ki Saza, Sar Tann Seh Juda'. It got a lot of likes, comments, and engagement.  And then I thought about something... if I had written this down as a caption it would not have crossed the eyes of many people. I felt some words must be shown up close and bold and in the face of the people, in order for their brevity to sink in. Initially, I began raising placards on my own but then I decided to join hands with people too to create important conversations. For instance, I raised placards on 'Things Pakistanis Say To Depressed People' and it turned out to be so impactful. I raise placards about regressive elements in our culture, taboos, and social stigma. 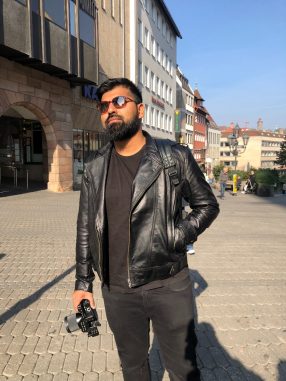 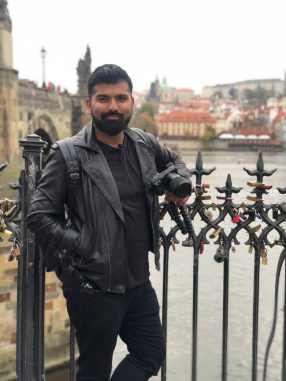 How do you pick and choose your subjects, topics, and issues?

It's spontaneous and usually unplanned. When I started off I would come up with all topics on my own. Now so many people help me out in sending different important topics my way. Every day I woke up to a dozen DMs about suggestions for placards.

Which social cause is the closest to your heart from the rest?

All social causes that I raised my voice for are very close to my heart. At first, I used to feel that the issues and problems I had to undergo, only those are important. For instance, I have been fat-shamed and colour-shamed, and wanted to speak up against it. Over time I opened my eyes towards other forms of bullying, cultural, and different forms of body-shaming prevalent in our societies. So I attempted to initiate a discourse on multiple issues faced by different segments, including the marginalised communities like transgenders. Every issue is important, but for me, the biggest concern is the inaccessibility of quality education to children at large. So yes if I am to pick a cause I am most passionate about, it would be education for sure, amongst others.

Any advice for people who share the same vision as you, and want to make it big on digital?

As I said, hundreds of people like me have used their voices, their platforms to instill positive and progressive changes. So I feel as if I am not doing something too special. We need more people like them, more people like me perhaps in the country. We are peddlers of awareness using the power of our social media to change minds. 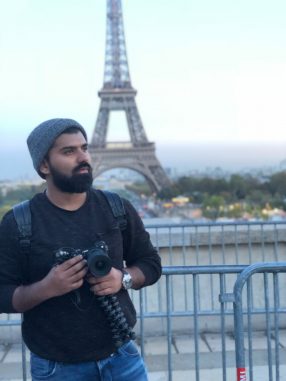 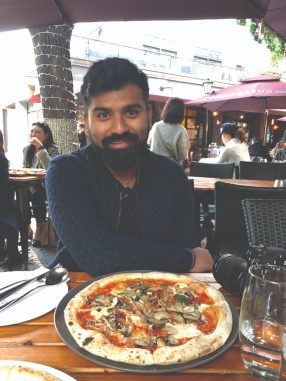 A question that you must get a lot - can 'influencing' be a full-time career?

We have amazing digital content creators like Raza Samo, Ducky Bhai, Mooroo bhai, Irfan Junejo, and Junaid Akram, and more who are full-time content creators. I do feel that in a country like Pakistan there are a lot of obstacles to continue this trajectory full time. There is an uncertainty factor because you don't know when the government can ban your platform, for instance how TikTok got in Pakistan. But then again, come to think of it, uncertainty exists in all professions. If you're ready to invest your energies and focus on this full-time, do try it and see where your boat takes you!

What is next on the cards... Or should we say, placards?

I plan on continuing my whiteboard series on Instagram and take up more pressing issues as we proceed. I also plan on taking this to YouTube or Facebook in the form of podcasts where we can discuss these issues in depth with my colleagues or people who actually have to face these problems in their life. What’s next on my placard? This time I chose the topic, ‘What Every Divorcee Has Heard..'. Another one is, 'What Do We Say When a Baby Girl is Born'. Both very important and sensitive topics that hit home to so many people, including myself.

What's In Her Bag: Momal Sheikh

The Trailer For Sanam Saeed and Aamina Sheikh's 'Cake' Is Released!