Pakistani Fans Are Disappointed By The Remake Of ‘Ko Ko Korina’

The final episode of Coke Studio Season 11 has been the trending topic lately. Momina Mustehsan and Ahad Raza Mir have gotten themselves into something they were not expecting. It has only been four days and almost every Pakistani have lost their cool.

‘Ko Ko Korina’ is an iconic song sung by Ahmed Rushdi and featured legend Waheed Murad back in 1966 and has been loved by everyone since. Coke Studio recently released their final episode featuring vocalist Momina Mustehsan and Ahad Raza Mir where the duo sang the iconic song with happy faces and were even dressed in a 60’s outfit! Little did they know how much negativity and hate this cover had brought to the nation. 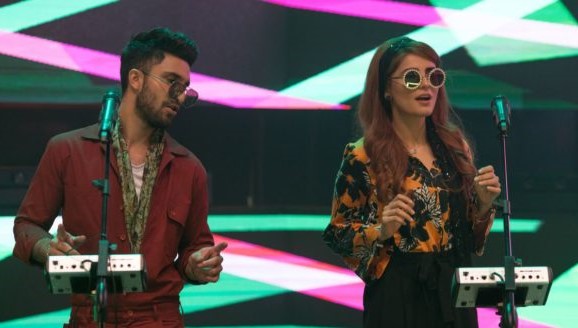 Not only fans but also celebrities took it to Twitter to express their feelings. Describing it as horrendous, a massacre to the original song, disappointing and more. Waheed Murad’s son Adil Murad was not happy and said, “I profusely apologize to all Waheed Murad fans for allowing #cokestudio to remake or should I say 'ruin' the classic 'ko ko korina' (pro bono). I trusted the coke studio brand but I guess it is now completely run by IDIOTS! RIP #cokestudio”. The Minister for Human Rights Shireen Mazari also took to Twitter to share her opinion on the remake. Pop icon Zoheb Hassan was not having it at all with this cover and requested an urgent reshuffle of the production team. Amidst all the negativity Sajal Aly has taken to her Instagram to defend them both saying, “Three days and counting and it’s still all about  Ko Ko Korina. Love it or hate it, your call but you don’t have to go to town insulting someone’s efforts.”

Unlike Momina, who could not keep it in herself with all the hate and threw shade at a couple of tweets including Shireen Mazari’s, Ahad did find a way to calmly address his fans about his feelings towards all the hate through his Twitter.