Nick Jonas takes pride in his fiancée, Priyanka Chopra as he talks about his trip with his beloved to an orphanage in Mumbai on Sunday where she made a little girl’s day as she danced with her all carefree and childlike at her own film song – ‘Tu ne maari entriyaan.’

So smitten Nick was that he made a video of the endearing moment and posted it on his Instagram saying: “St. Catherine’s orphanage today. My heart is full.” The girl danced her heart out, perfectly coordinating all the steps with Priyanka. Nick also captured some smiling faces in the background of the crown as they watched this cutesy performance. Nick and Priyanka got engaged this weekend in a traditional Hindu ceremony called Roka amidst parents of the duo, the rest of Priyanka’s family and loved ones. Nick and Priyanka performed a puja too. The glowing bride-to-be in just minutes then shared a doting picture of theirs on social media saying: “Taken ... With all my heart and soul,” to which the groom-to-be commented “he’s the luckiest guy in the world.” He too shared one such picture saying: “Future Mrs. Jonas. My heart. My love.”

Nick reached Mumbai on Friday morning with his parents, father Kevin Sr and mother Denise. Priyanka and her family hosted Nick and his parents to a dinner at a restaurant the next evening. An engagement bash was thrown thereafter where the soon-to-wed couple partied with loved ones night long to the core.

The list of invitees included actor Alia Bhatt, businessman Mukesh Ambani with his wife Nita and daughter Isha, director Vishal Bharadwaj among others. Priyanka’s cousin Parineeti Chopra and Siddharth Roy Kapur, producer of Priyanka’s new film ‘The Sky is Pink’, were one of the earliest guests to have arrived at the party. Nick’s parents also enjoyed the gathering, alongside Priyanka’s mother Madhu Chopra and brother Siddharth. Salman Khan’s sister Arpita Khan Sharma was there with her husband Aayush Sharma and writer Mushtaq Sheikh. 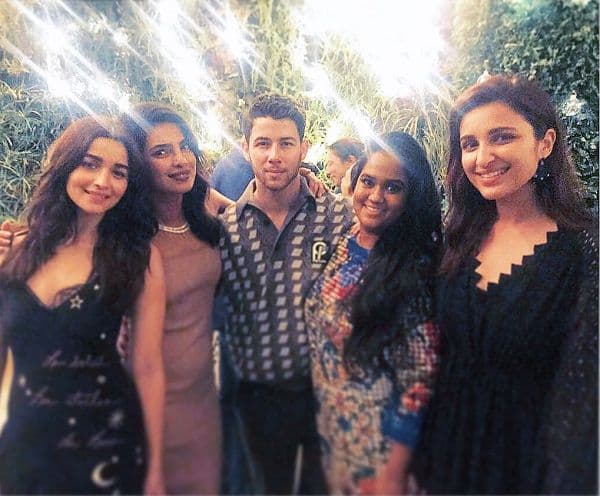 Famous DJ Khushi played the music as the guests enjoyed the night. In some videos shared on social media, Priyanka, 36, is seen dancing as her fiancé, 25, pulls a funny bobblehead.

A family picture where Nick and Priyanka is seen kissing the former’s parents on the cheek is indeed adorable. “What an amazing day of celebration for @nickjonas and @priyankachopra engagement and Indian culture” posted Nick’s father Kevin Jonas Sr on Instagram. 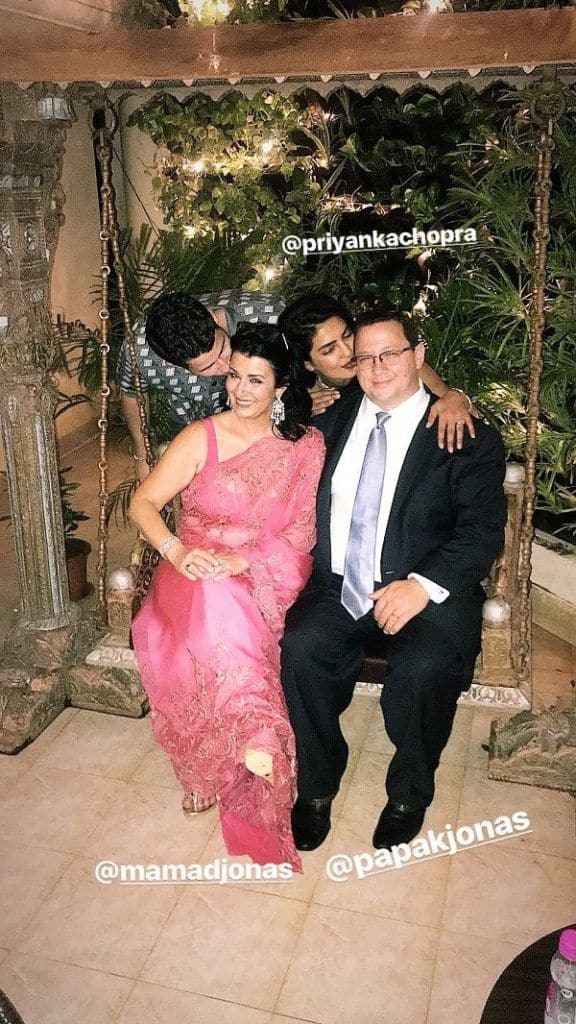 Nick’s brother, Joe Jonas who couldn’t be a part of the engagement celebrations in India also tweeted: “I couldn’t be happier for my brother. Welcome to the family Priyanka Chopra. We love you.”

Nick’s dad  also congratulated the couple via an Instagram Story: “So happy for the engagement of our son Nick Jonas and we welcome Priyanka Chopra into our family with love and excitement.” 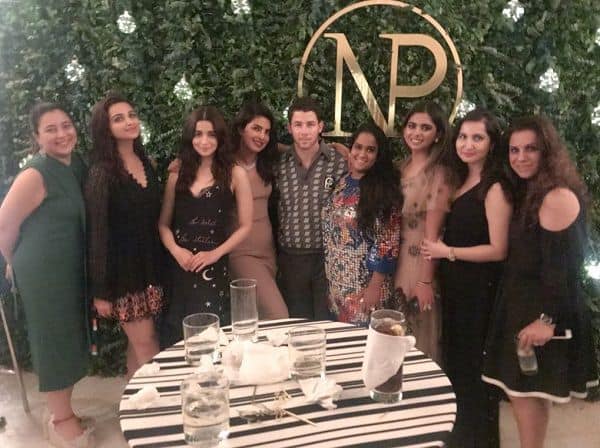 “Game of Thrones” star Sophie Turner also expressed her well wishes: “Wow. First I’m blessed with an incredible future brother-in-law, and now such a beautiful, inside out, future sister-in-law. I’m so excited to welcome you into the family (Priyanka Chopra). I love you both.”

Nick came into limelight as a member of the Jonas Brothers musical group and is now a solo artist and actor. Nick and Priyanka met at the Met Gala last year where they both represented Ralph Lauren. The rumours of their relationship started by May this year as the two were often spotted on dinner dates and outings around New York. Priyanka then invited him to Mumbai and at her place, couple of months ago and Nick also accompanied Priyanka and her cousins to a holiday bash at the beaches of Goa.

He reportedly brought up the proposal on her 36th birthday in July in England and as we can all now say for sure, she said yes! 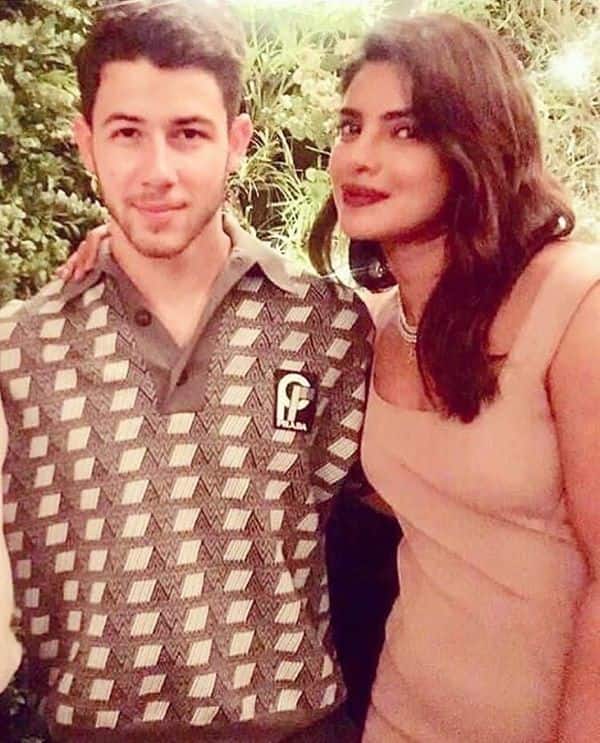 "We’re Getting To Know Each Other" - Priyanka Chopra On Her ...

Priyanka Chopra and Nick Jonas Tie the Knot in Jodhpur