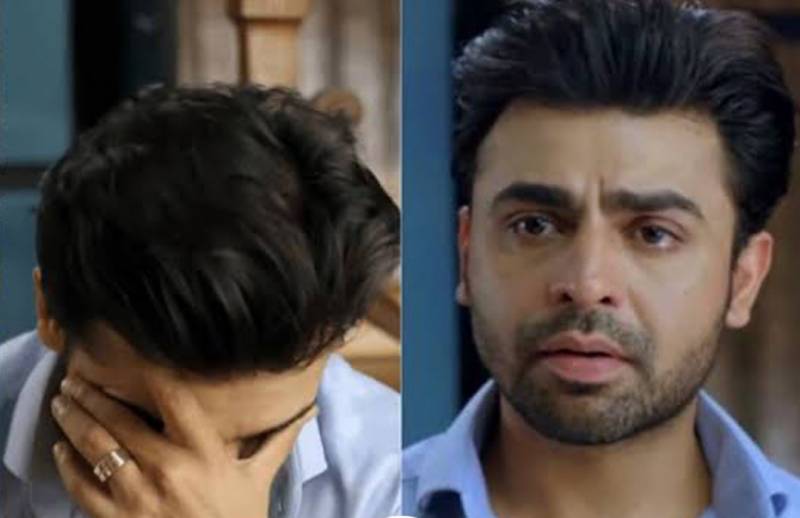 Farhan Saeed has recently turned into the nation's heartthrob with his current projects and amazing acting. At the moment, Farhan is blessing our screens with two of his projects, out of which one is his lead role in ‘Mere Humsafar’ alongside Hania Amir which is well-loved by the whole country.

In the drama ‘Mere Humsafar’ Farhan is playing the character of Hamza who is a gentleman and is constantly applauded for the way he treats his family, his wife, and generally the people around him. Our industry is known to create male characters that are ‘rough and tough’ rather than normal human beings with emotions. Farhan’s character as a whole break’s this stereotype, but one scene in its latest episode really took that idea through.

In the latest episode, there was a scene where Farhan’s character 'Hamza' breaks down and talks to his wife 'Hala' face to face. In the episode even his mother tells him the infamous line of ‘Mard Nahi rotay’ but even then he lets his emotions out and has an honest conversation about his relationship with his wife.

He has an emotional conversation and instead of closing himself off, he puts himself in a vulnerable situation to save his relationship. This type of scene is very important in our media because in most cases our dramas and films showcase men as being strong and dominant with almost no signs of emotional vulnerability and their emotions are mainly streamlined to angry outbursts.

While it may seem small; scenes and scripts like these show us that we are evolving as a community. It shows us that people working on dramas, from scriptwriters to actors have evolved creatively and are expanding their bounds on what characters and stories we can portray. Good male portrayals are just as important as good female portrayals and while this may be a small step it sure is one in the correct direction.

Farhan Saeed Is Set To Make His Film Debut