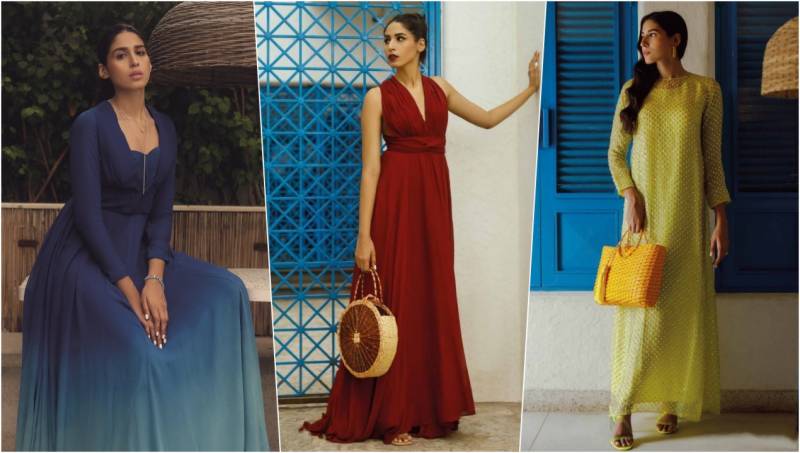 Ms.Marvel’ fame Vardah Aziz talks to us exclusively in this interview about her role of ‘Zainab’ and her experience working alongside the biggest names of the industry. 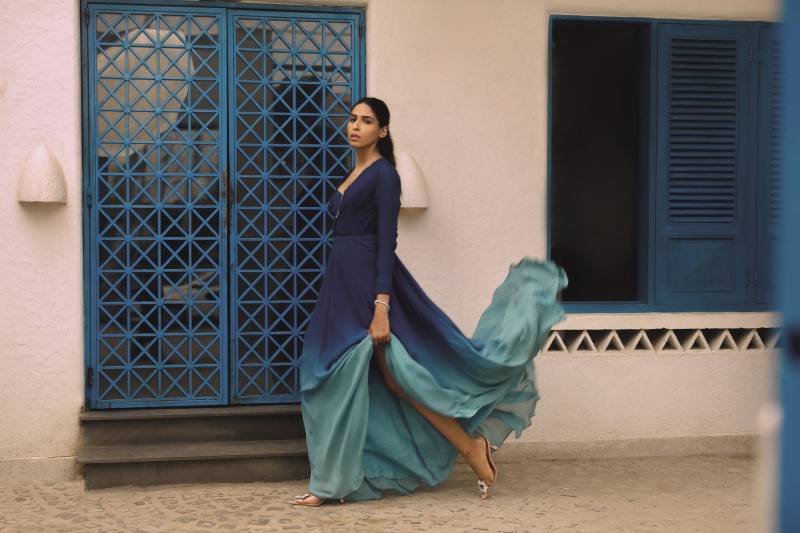 Hello Vardah! Pleasure to have you here! Before we find out all about your ‘Ms. Marvel’ journey, tell us a bit about yourself - your background, education, and childhood.

Hi, thanks for having me! Pleasure to be here. I honestly don’t know where to start from - it has been such a long journey. My mom brought me up as a single parent and has always been supportive throughout my way into the entertainment industry. She even escorted me on all my shoots in the earlier days. I got my first taste when I interned at a radio station when I was 15 and I haven’t looked back since. I also switched from medical to film after that. It’s obviously a huge leap from Science to Arts but I was ready for the commitment if you ask me. I was actually surprised when my mom was okay with the switch. She comes from a conservative background, and

I was/am the first person in my entire family (including extended) to be a part of the industry.

So, I knew it wasn’t going to be easy to penetrate through and make a mark without any contacts. I started acting and modelling as a part time thing and when you’re a film student, you end up in front of the camera for a lot for class assignments and I would never say no! I started working as a stylist in my 2nd-year of college and before I knew it, I landed my first feature as a stylist right after graduation. I got hired for 'Coke Studio Season 12' soon after that and then it was one thing after another. I did whatever I felt like, taking up jobs as an actor, model, and stylist. Most industry professionals have one specialty, but I’m a jack of all trades. I’ve enjoyed my time on and off camera and I think I want to continue doing the same until it’s time to prioritize. 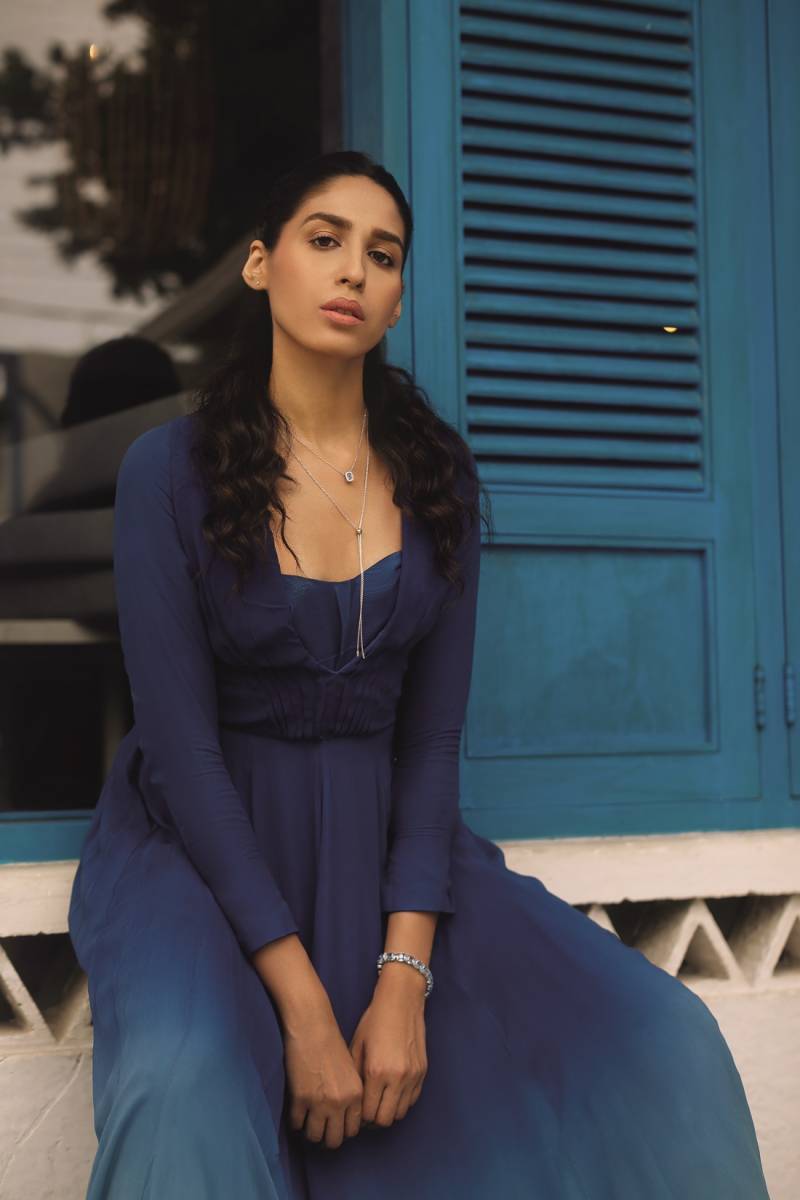 What was your reaction when you first heard about being casted in ‘Ms. Marvel’? What’s the story behind landing in Hollywood?

The first line of my response email was literally ‘Oh my God, I am at a loss of words and I’m so so excited’ with too many exclamation marks! It still feels like a dream, so it’s hard for me to explain what I felt like in that moment.

I had the casting email in my junk folder for almost a week when they contacted me. It literally just showed up in my inbox one day after a few follow- up emails from the casting agency. So, I’d say it was meant to be. Apart from the fact that I thought it was a scam email and I did my research before I called them to confirm if it was legit. But it was obviously a process after that. I auditioned, was put on a watch, and advise and got the role! *touchwood* 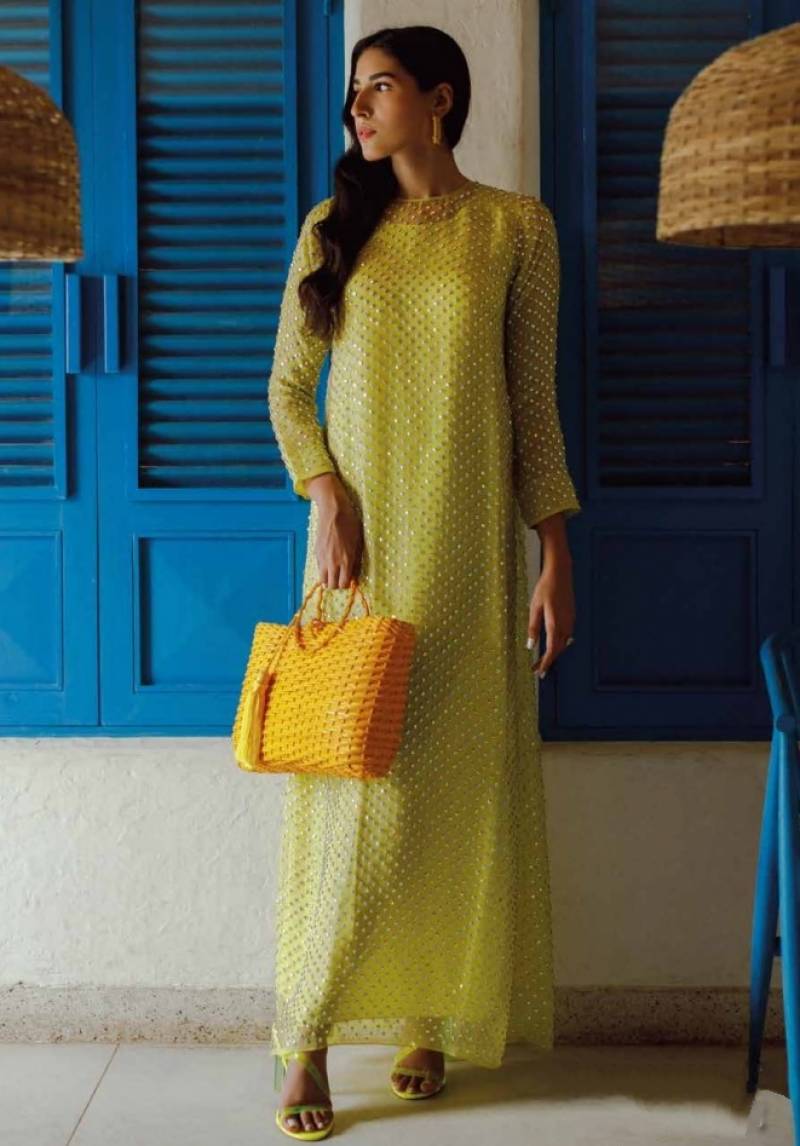 How was your experience of playing ‘Zainab’? Did you relate to your character in anyway?

I had a ball! This was literally my best job yet and the experience is unmatched when you’re working with the biggest movie franchise! I was pretty much myself playing ‘Zainab’ so, it felt very natural. There were times where I felt like adding some things or expressions to the role and our executive producer Sana Amanat and director Sharmeen Obaid Chinoy were happy to let me be. You’d see me roll my eyes and flip my hair for fun a lot in real life- I made sure to add that to ‘Zainab’.

I’ve been working as a stylist for almost six years now and I work with celebrities quite often, but it hits differently when you’re a part of the cast alongside them. I was starstruck when I met Farhan Akhtar the first time and he remembered me from a script reading on Zoom! I went on set a few times on my off days to just see Fawad, Mehwish and Nimra act on screen because we didn’t have any scenes together. It’s different what you see on TV compared to how movies are shot. It’s an experience itself. I’m still learning every day to be honest. There’s no end to that and this is only just a start. 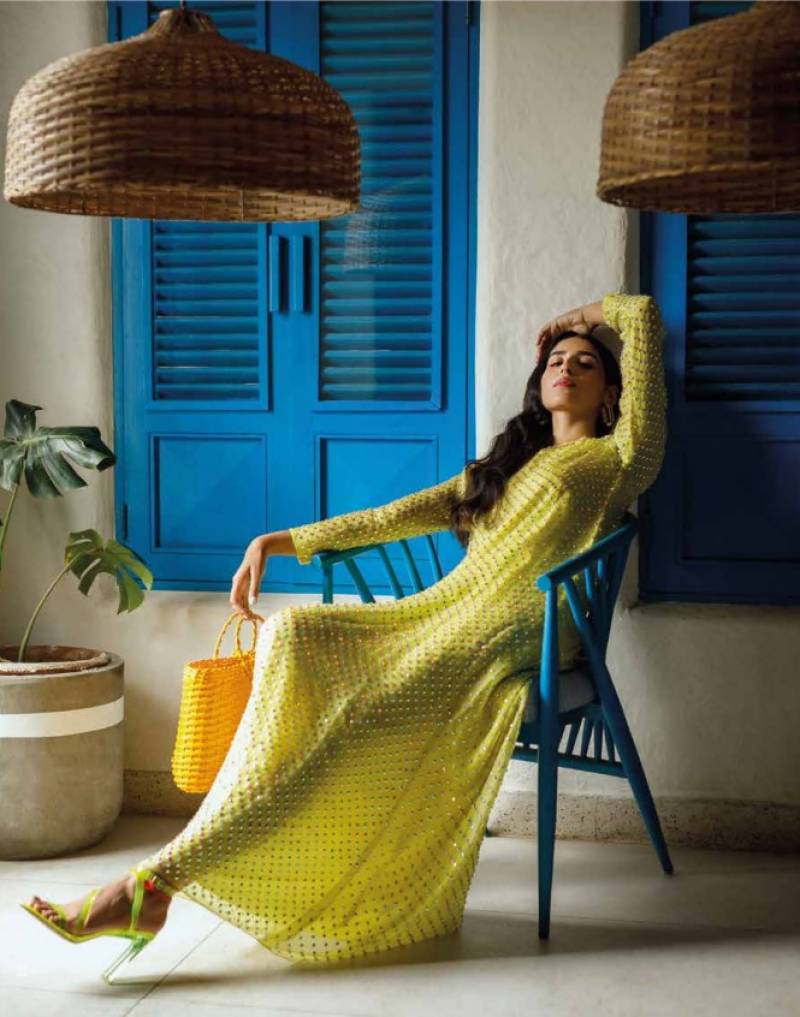 Any memorable experience or event during the shoot of ‘Ms. Marvel’ which is close to your heart?

The entire experience was so huge and memorable and is very very close to my heart.

I was so happy to share our food and culture with the non-Pakistani crew and cast. They were all about Pakistani food soon enough except for ‘paan’.

There were funny comments like ‘It tastes like dish soap’ ‘Is that food?’ ‘Are you meant to eat the leaves?’ after the ‘paan’ eating experience! I’m not a fan of ‘paan’ but I was rooting for it the entire time because it’s so Pakistan!

Being a new Pakistani artist working in Hollywood, did you face any challenges or hurdles?

Not at all, ‘Alhamdulillah’. Everyone was so welcoming - we literally bonded like a family. There were no superiority or inferiority complexes. We were in Thailand shooting for two months so we had so much time to get to know each other. And since episodes 4 and 5 were all about Pakistan other than all the other Pakistani elements in the show, there was so much to share about. I felt like I educated so many non- Muslims and non-Pakistanis from the cast and crew about Pakistan. It felt great! 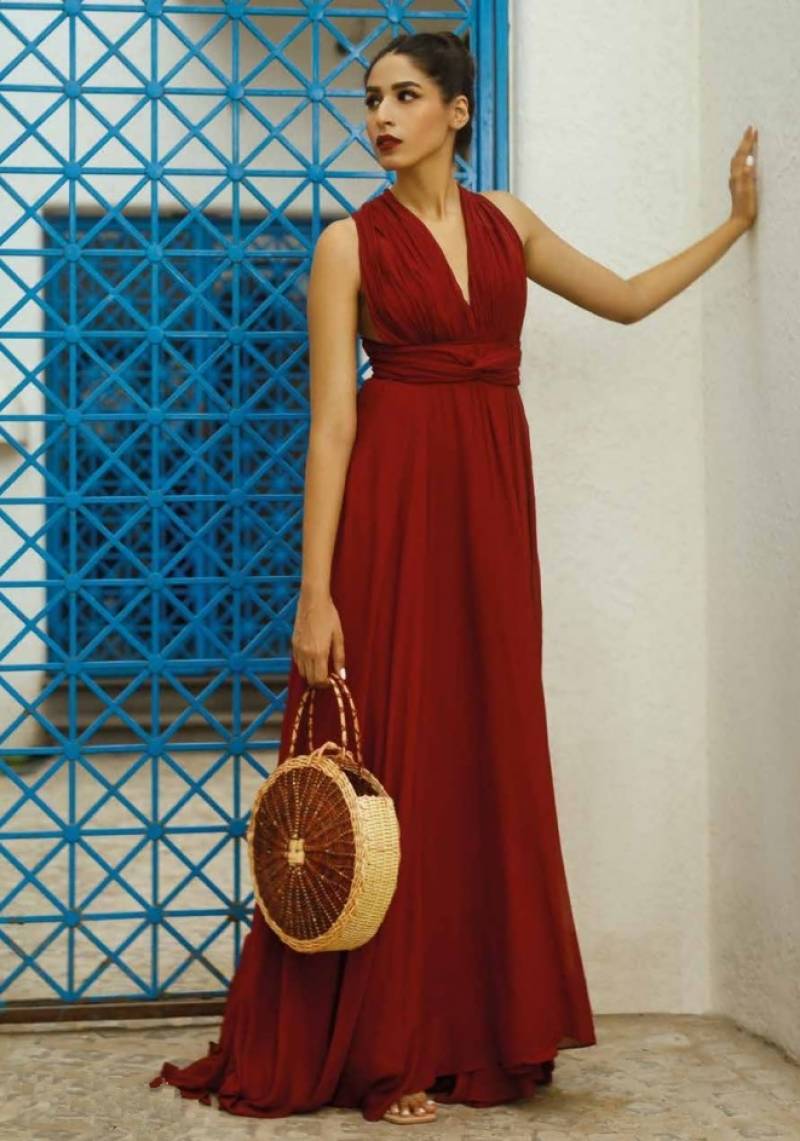 Marvel is so strict when it comes to their shows. I signed so many NDA’s so there’s not much exclusive BTS from sets - only the ones they released and a few pictures which we were able to get without showing anything but that’s that. I just lived in the moment and took it all in for myself rather than trying to document everything for social media. I have some memory bits, but I want to keep those for myself.

A piece of advice you received which worked as a wonder and you held on to it to date?

I think it would be to adapt and bring home the good and leave the bad out. 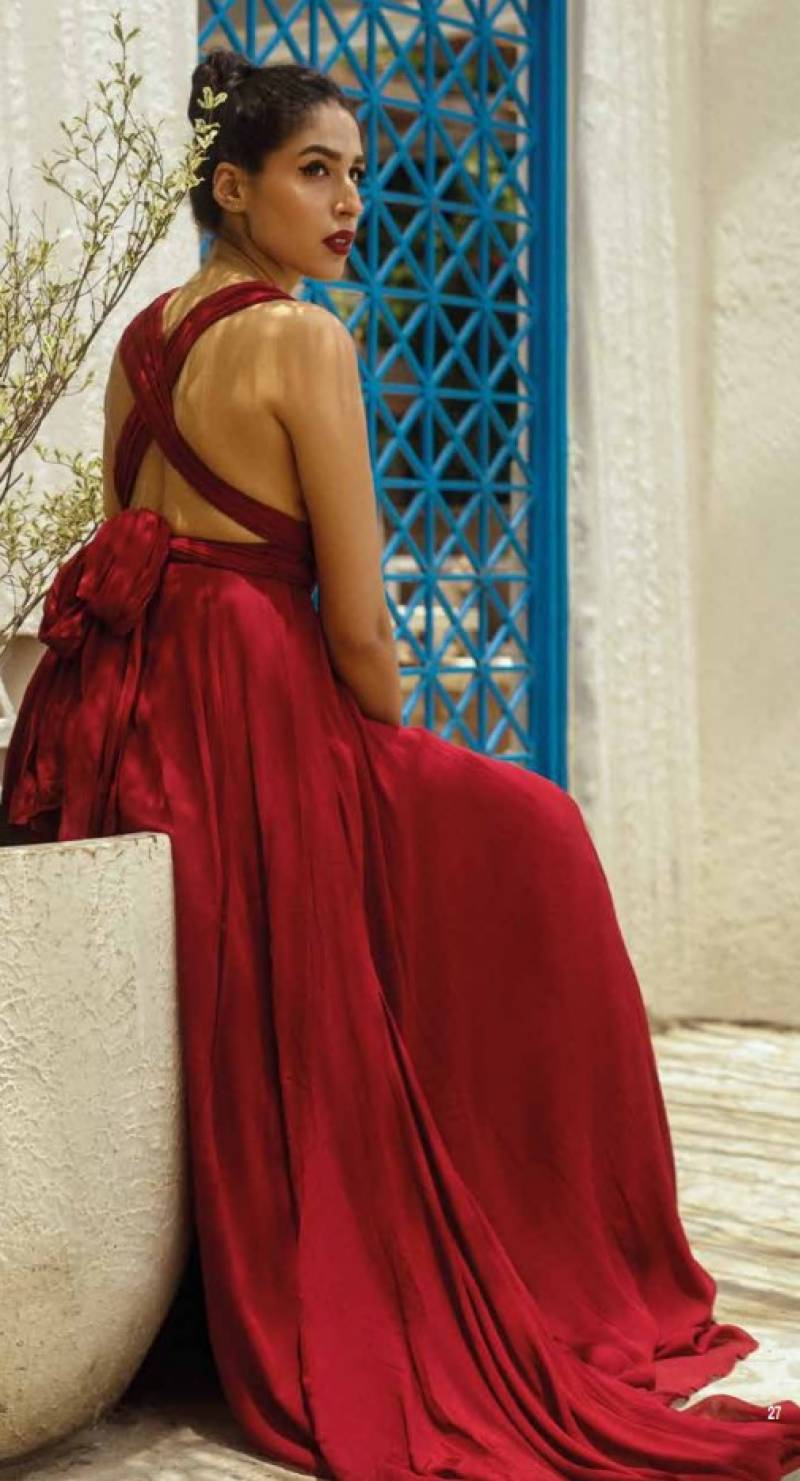 We all know you as ‘Zainab’, but who is Vardah behind the camera?

Dramatic behind and in front of the camera (laughs). But seriously, Vardah is much more laid back than ‘Zainab’, but I think we’re similar in a lot of ways. We’re both sassy, chirpy, and spontaneous. One thing that I would never do however is abandon my cousin in a new city!

What was your family’s reaction when they came to know about you landing in Hollywood?

I had to tell my mom what the MCU was! When I told her I was auditioning for this role, she thought it’s just one of the many things I do but my siblings were over the moon! And there’s no greater happiness than making your family proud on an international level!

It was a secret very close to my heart for a very long time until the show came out this year and I’m telling you, my heart is still full! 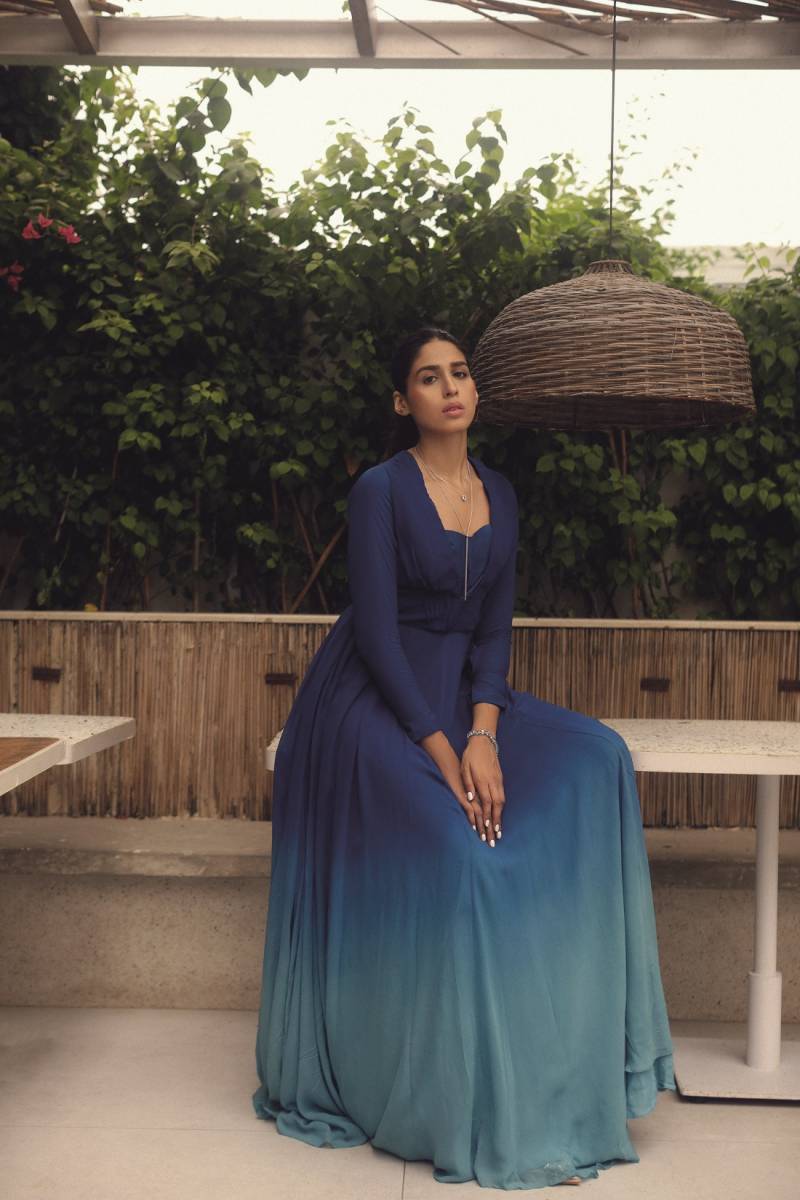 After a hectic day, what’s the one thing that acts as a mood changer and kills all your laziness and gives you instant natural energy?

Essential oils, scented candles, and music! I’m all about it! I literally have Spotify playlists according to my moods.

What are your future plans in terms of working in the Pakistani entertainment industry? Any new projects we need to keep an eye out for?

I’m a very picky person when it comes to accepting roles.

I don’t want to act just for the sake of it and definitely want to make an impact - regardless of how big or small the role is.

I’m looking at a few things right now and auditioning but I don’t want to give away anything yet! 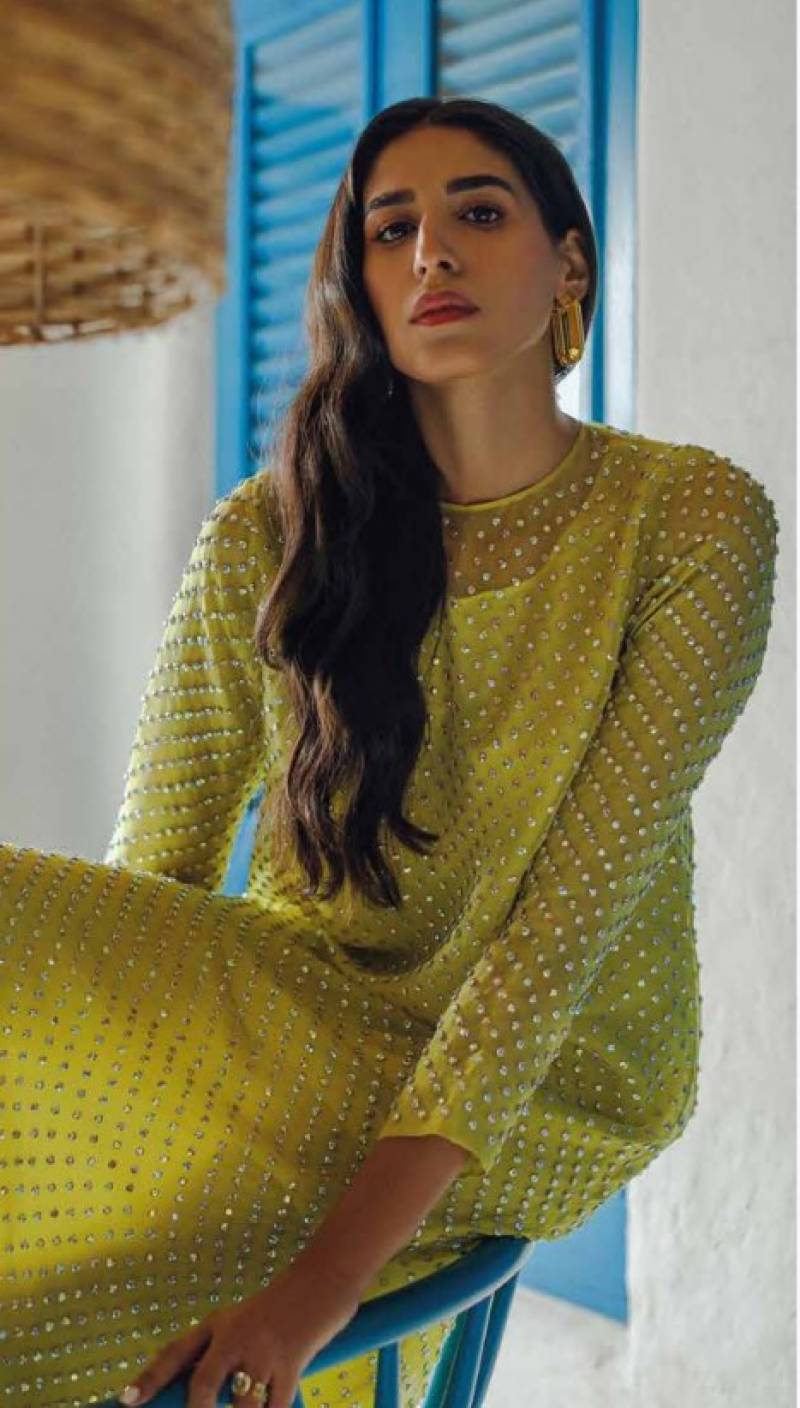 Where do you see yourself in five years?

Honestly, I don’t know because the last five years have been so wild and unpredictable. My life did change for the better though when nothing was in the books - so whatever’s meant to be, I guess. One day at a time! As they say, ‘Que Sera, Sera’.

2. Most irritating co-star on set?

Well, my character ‘Zainab’ was really irritated by ‘Kamala’ as you may have already seen, but Iman and everyone else was a delight to work with!

3. Last lie you told someone.

That I was up when they called!

4. Most useless talent you have?

5. One thing that made you say yes to the character instantly.

I mean, who doesn’t want to be a superhero’s cousin?

7. One thing you would do for free.

8. One thing we will be surprised to know about you.

I can smell food and tell what’s missing! Even the amount of salt!

9. Worst advice you ever gave to someone?

Tell people to not plan ahead and live spontaneously!

10. A film or drama you could watch over 1000 times without getting bored.

‘DDLJ’, ‘Kuch Kuch Hota Hai’, ‘Kabhi Khushi Kabhi Gham’... I can’t pick one and I have a list of classics! It’s the reason I’m so filmy - You’d even see me using dialogues from these movies in real life situations!

STYLING: STYLISTS IN THE CAPITAL