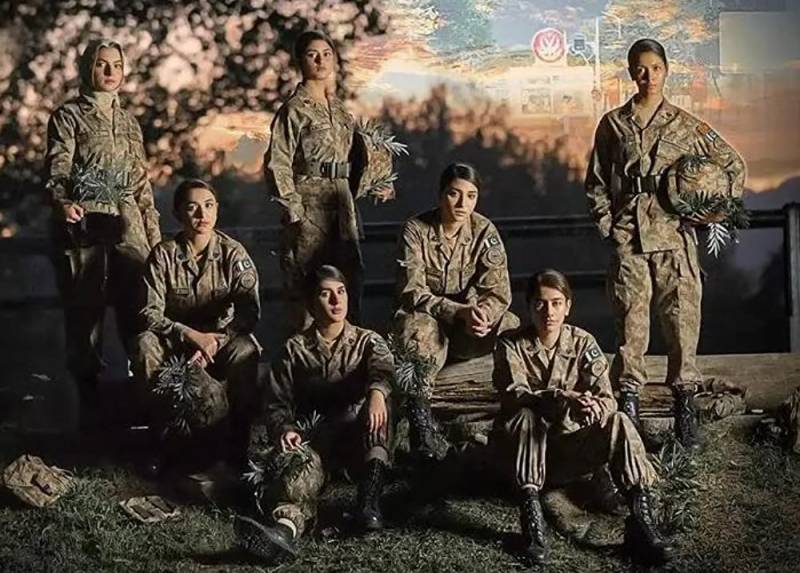 The beautiful and fantastic drama ‘Sinf-e-Ahan’ just ended, and it's easy to say we fell in love with the scenery, storyline, and the all-female cast. When we analyze the main characters, we can see a lot of growth in terms of how they change with every challenge they have faced as well as the many types of women that are shown in this list of characters.

‘Rabia’ is played beautifully by Sajal Ali, and she portrays a girl who is a topper and can get a lot of success but is kept at home for two years in hopes of getting married. In the first episode, when she is presented in front of the guy's family, and then they reject her for being too ‘simple’ is very relatable for many Pakistani girls. Her older brother is in the army, and she wants to join too, but her mother is more conservative and doesn't think she should be investing her time in the military.

Soon enough, ‘Rabia’ makes it to the army despite her fear of heights and throughout the whole series, ‘Rabia’ becomes more and more fearless. At the start we see ‘Rabia’ being rigid towards other girls or even feeling like she needs to stay in her bubble, but as time passes she makes great friends such as ‘Pariwash’ and ‘Nathmy’. ‘Rabia’ grows as a person throughout the drama, beating her fears and even fixing old relations in her life. 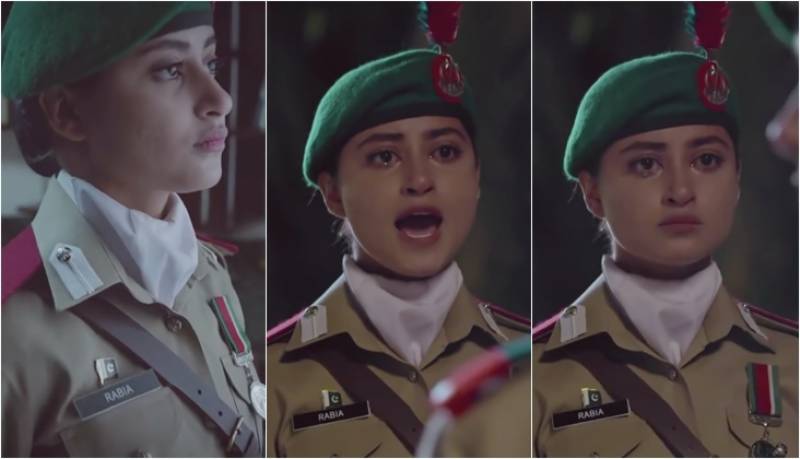 ‘Shaista’ comes from a traditional Pakhtun family and is played by Yumna Zaidi. She is determined to join the army, and she does everything to be able to become an army woman. She has to give her tests in secrecy and has to run away, but she intends to go back after she passes the test but before she can get back, her family finds out. Her father meets with her fiancé ‘Kamil’ to find out about ‘Shaista’. ‘Kamil’ protects ‘Shaista’ and eventually, her father sees her daughter's hard work and supports her. Throughout the series, ‘Shaista’ loses her fear which she initially had at the start.

‘Shaista’ becomes good friends with ‘Mahjabeen’ and learns to let go of her fears. In the start ‘Shaista’ is very fearful of failing and how she will go back home, but once she gets support from her family that fear ends. On the other hand, ‘Shaista’ is afraid of marriage and doesn't want to marry her fiancé ‘Kamil’. At one point looks down on him for not being educated enough, but she ends up accepting him because of his support and love for her. 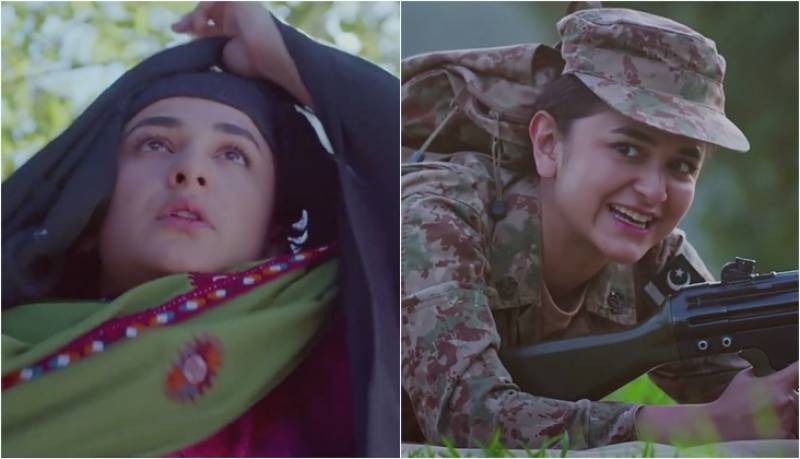 ‘Mahjabeen’ is played by Kubra Khan and comes from an elite family living in Islamabad. ‘Mahjabeen’ has a powerful family, but her home life is very distraught. Her parents fight all the time, and she has had everything handed to her all her life, hence she doesn't feel fulfilled as a person because she hasn't done anything challenging. When she initially wants to join the army, people around her disagree with the idea and her mother even tells her that she can't do it because she hasn't faced any challenges in her life ever. Out of all the girls, she faces a lot of struggles because she comes from the poshest lifestyle.

Initially, she has to face the struggle of passing the test, living with the other girls, and doing all the physical tasks. Later on, after she joins PMA she has to color her hair black, not wear makeup, and can’t lock her room. All of these elements make her want to leave PMA, but ‘Major Samia’ makes her stay by making her understand that these are challenges that she should face rather than leave. PMA slowly but surely changes ‘Mahjabeen’ into a person who faces her challenges and is not afraid to leave her old lifestyle. Being in the army gives ‘Mahjabeen’ new friends and new-found confidence by the end of the drama. 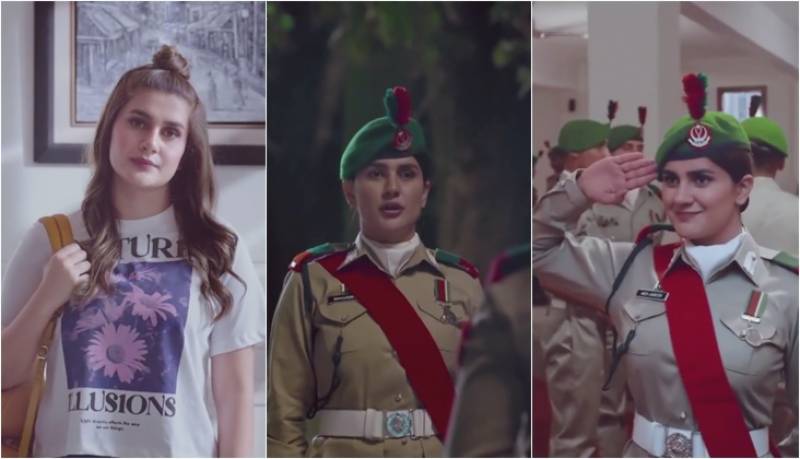 The character of ‘Arzoo’ is played by the talented Syra Yousuf, and she is a Christian girl who comes from a middle-class family and lives on rent. She is in a relationship with a guy named ‘Noraiz’ who is also her landlord and she hopes to marry him but he is only passing his time with her. In hopes of changing her life, ‘Arzoo’ decides to join the army and passes the tests well. She becomes good friends with ‘Syeda Sidra’ and passes even the hardest tests.

She makes sure to work hard and be the best she can be in the academy. Her biggest struggle comes with letting go of ‘Noraiz’ and realizing that she doesn't need him to change her life for her and her family, but ‘Noraiz’ is not willing to accept the fact that she has moved on. When she comes back home for a break, ‘Noraiz’ tries to talk to her but she doesn't give him the same attention. ‘Noraiz’ becomes very toxic towards her and tries to blackmail her, even to the point of following her to PMA, but throughout the series, ‘Arzoo’ learns to let go of her fears regarding ‘Noraiz’. In the end, she comes back as a successful officer and changes her family’s status. 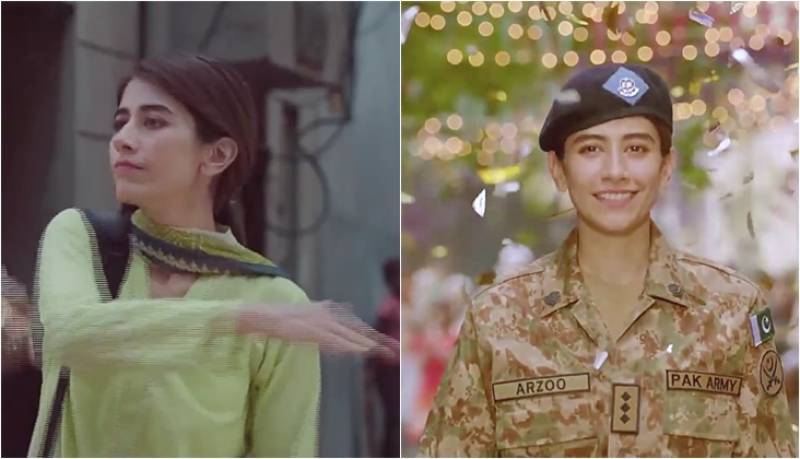 ‘Pariwesh’ is played fabulously by Ramsha Khan. She comes from a Balochi family and her family’s land is in debt to the ‘Sardar’ of the village the only way to get her land back is by marrying a servant of the ‘Sardar’ but ‘Pariwesh’ wants to join the army and with her fathers support she can do so. At the start of the series, ‘Pariwesh’ is shown to be hesitant and fearful because she is constantly afraid of how her family will be treated back in their village by the ‘Sardar’. ‘Pariwesh’ is a skilled shooter and uses her hard work and diligence to make a name for herself in the army. In the end, she has faith in herself and has lost her fear because she has now gained power and status for herself and her family. 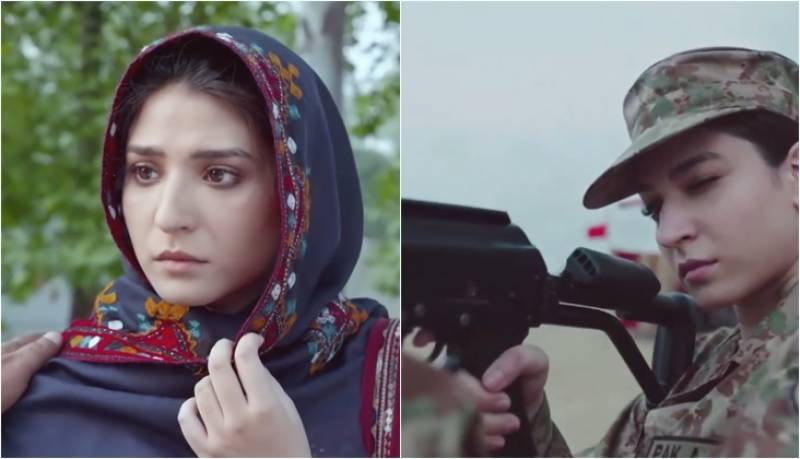 ‘Nathmy Parreira’ is a Sri Lankan cadet who has the honor of representing both Pakistan and Sri Lanka. Her father was killed in a terrorist attack in front of her, and she carries that burden with her. She is a well-trained cadet who trains and bonds well with the others and kindles a strong friendship with ‘Arzoo’ and ‘Rabia’. At first, she lies about not knowing Urdu as a way of protecting herself, but soon enough opens up. Throughout her journey, ‘Nathmy’ realizes her self-worth and understands how to work through her past trauma. ‘Nathmy’ is also played by a Sri Lankan actress Yehali Tashiya Kalidasa, who played this role beautifully. 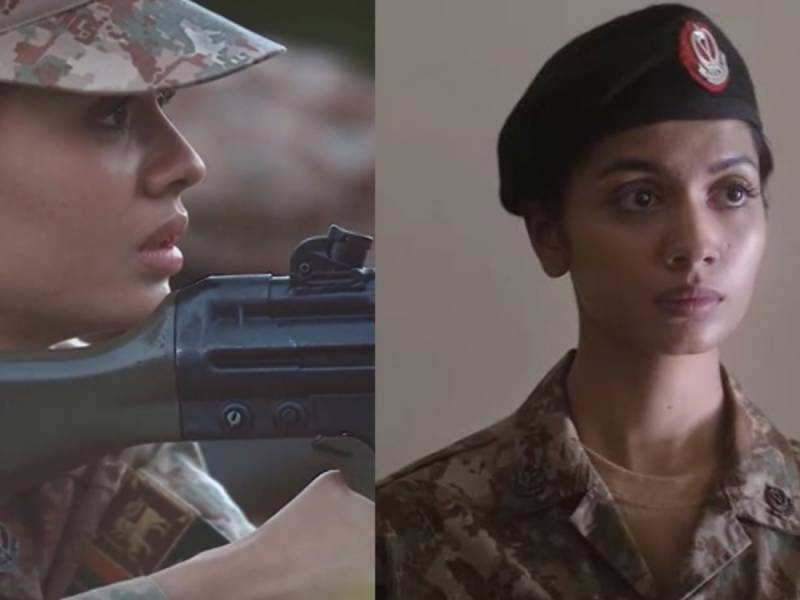 ‘Syeda Sidra’ is a very religious hijabi girl and even a little superstitious. Sidra starts as very bubbly and can even be seen as the comedic relief of the show, but throughout the show, she works hard and proves her capability beyond just her personality. Her character is very relatable to all of us, and she proves herself as a worthy cadet through her resilience through it all, no matter her struggles. 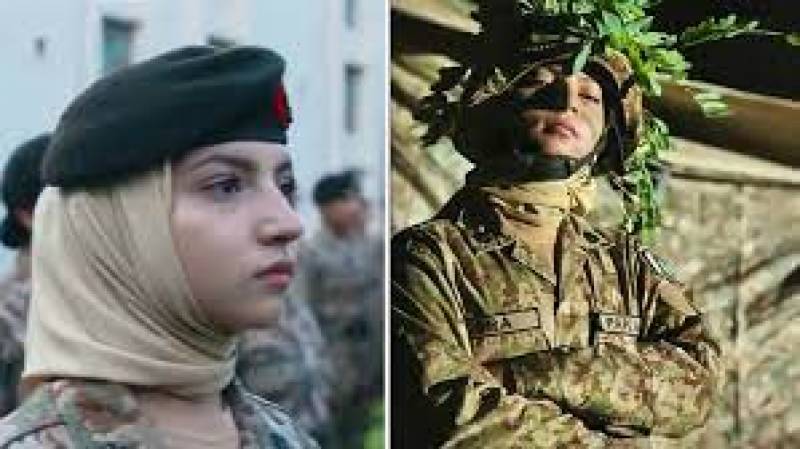 The main leads of the show were all different people from all around Pakistani giving us representation and women empowerment in a new light. Other than these ladies, another inspirational character in the drama is ‘Major Samia’ who is an actual army officer and just puts to show how much women can contribute to the army. For generations, jobs like being in the army are seen as masculine, but women are just as much part of the military as men and should be treated as well as represented correctly. ‘Sinf-e-Ahan’ sheds light on life in PMA, as well as on the lives of female military officials and the strong friendships created between women. This drama is one we would like to watch again and again.

TO PROTECT OR TO NOT PROTECT: ‘SINF-E-AHAN’S VIRAL SCENE