EMILY IN PARIS SERVED SEASON 2 WITH A SIDE OF CLICHE FRENCH ROMANCE - OLALALA! 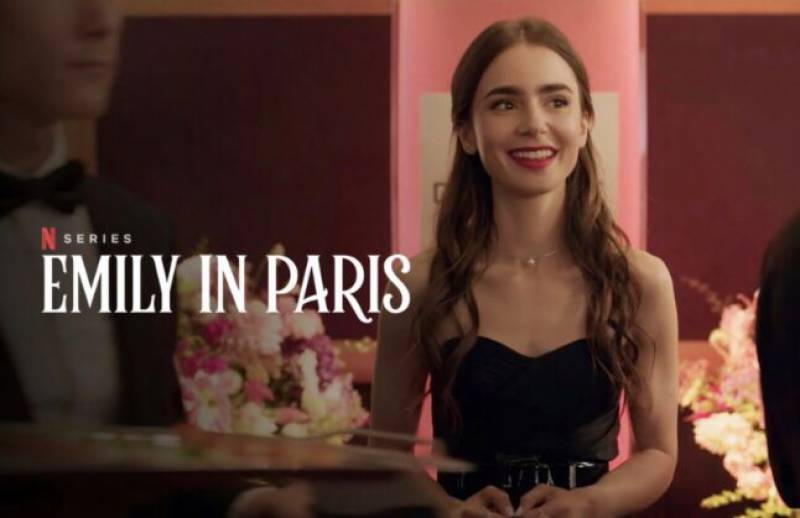 Here's a heads-up: unless you laud classical rom-coms, this show is most certainly not for the likes of you.

Netflix’s“Emily in Paris” recently dropped its much anticipated season 2 and the show effortlessly climbed to the Top 10 shows this Holiday Season.

The whilom fresh resident of Paris, plunged in the quandaries of language and work since the day she arrived now emerges to be as “ringard” as she previously was, but this time with a mountain of worries and much tangled bonds. Season 1 left the audience yearning for more with the gorgeous American and her handsome neighbour falling into one another’s arms and so, drowning the show into a clichéd love triangle or as the French call it, a “ménage à trois.”

To brush aside the guilt of being caught up in a romantic whirl with her best friend’s lover, Emily being the goody two-shoes she is, decides to move on, obviously by distracting her impure thoughts from the hot guy next downstairs onto Mathieu, a client. Because what better way to slither out of a ‘forbidden’ love affair with no fingers pointing towards you than diving into another, totally unrelated one, right?

As the supposedly fashion icon of Savoir endeavours greatly to divert all her attention on work, she finds a hard time managing that alongside the drama she cooked for herself. Nevertheless, adamant on trying to excel in every single thing in every single field, Emily also decides to take up French classes because well, one does in Rome as the Romans do. And yet, quite pitifully she manages to fail at that too. The only twist those irksome lessons brought to her messed up life was Alfie, a British expat who somehow mastered the art of making her turn red, sometimes by rage and sometimes by affection.

All the while enjoying this ludicrous switch between Gabriel and Alfie, fans are getting stirred by the indecisiveness of Emily. It is evident that she is smitten with absolute desire for Gabriel and is merely leading on Alfie by deceiving even her own self, just to mend her relationship with Camille, who after discovering the truth about her best friend and her boyfriend seems to magically ‘let it go.’ A bit too suspicious especially for someone like Camille, don’t you think? Upon confiding in her parents about the complex situation, we witness her mother ordering her to do exactly as she is told henceforth. What could she possibly have said to her?

The plot twists throughout, albeit predictable, turn out to intrigue the spectator’s interest. For instance, Mindy and Benoit’s encounter after the truth leaks, Silvia and Madeline’s open rivalry and the final ironic patch up of Gabriel and Camille. While throughout the season, fans were dying for moments between Emily and Gabriel (including Gabriel himself), she refused him time and time again and to make matters worse, tried her best in getting him back together with her ex just so she isn’t seen as the ‘bad guy.’Sounds like someone has a people pleasing problem.

As much as annoying Emily’s constant dilemmas prove to be, they do serve as pure entertainment which is why we surely cannot wait for Season 3 to watch how the troublemaker attempts to undo the mess she so carefully crafted for herself.

London, Paris and Milan: This Season’s Most Insta-Worthy Collections