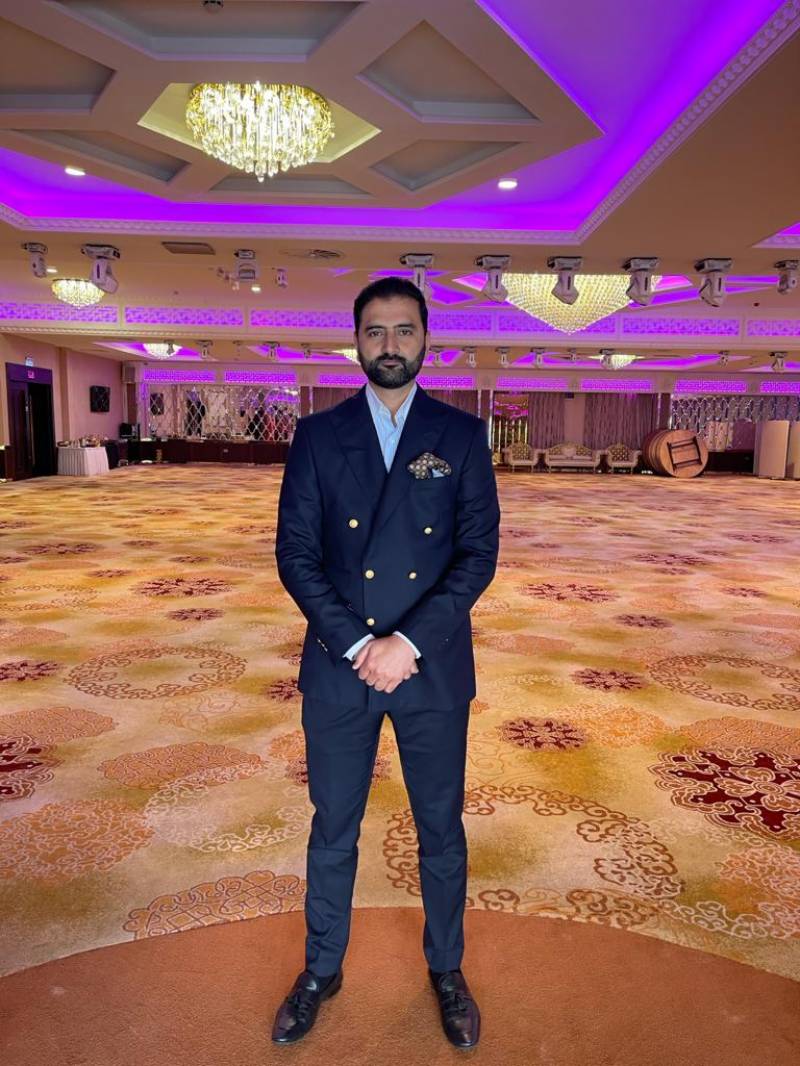 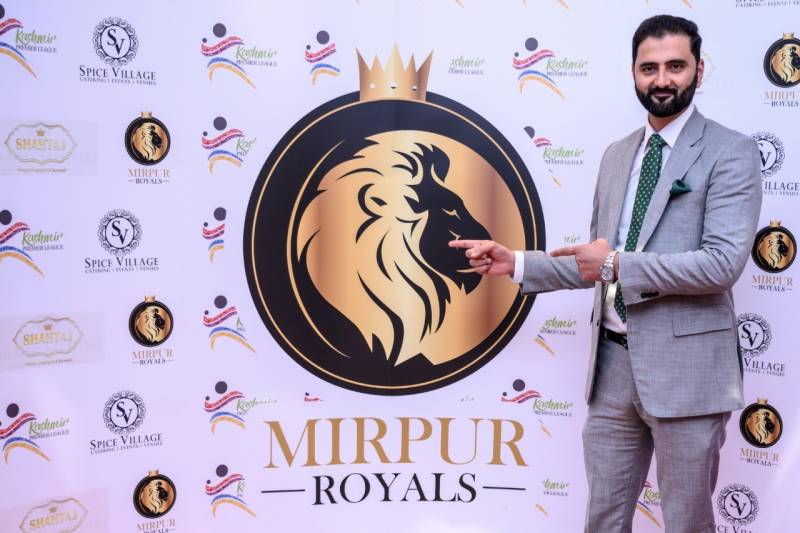 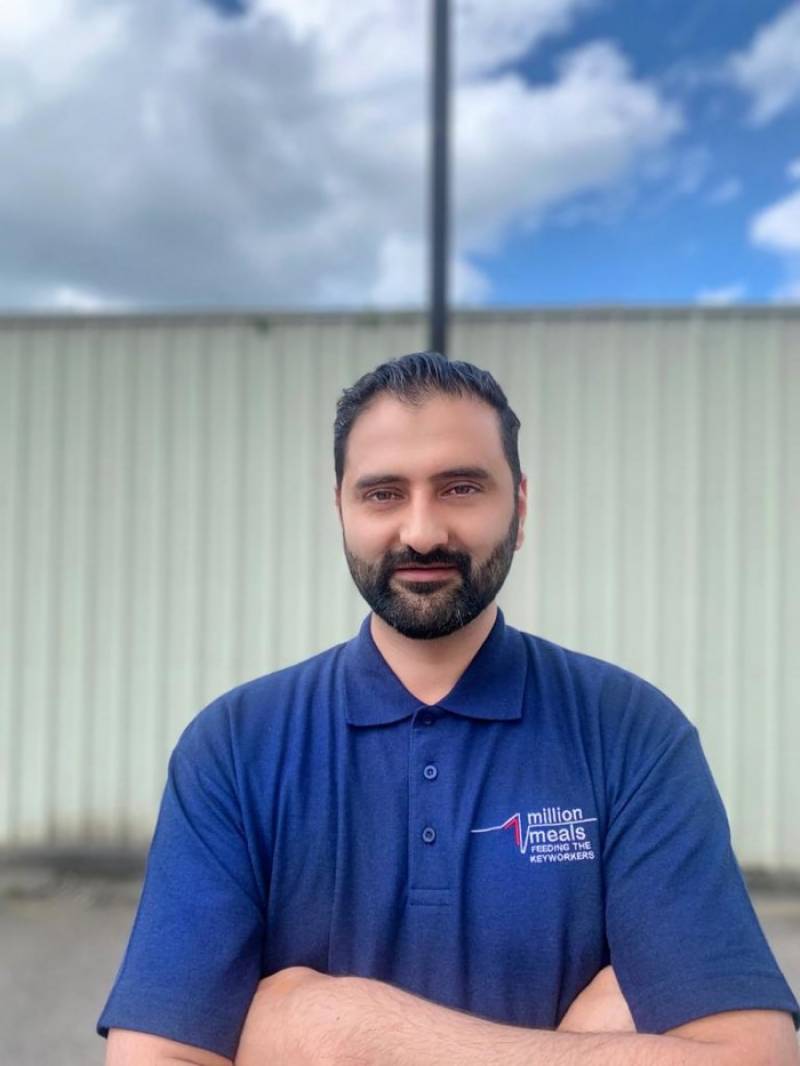 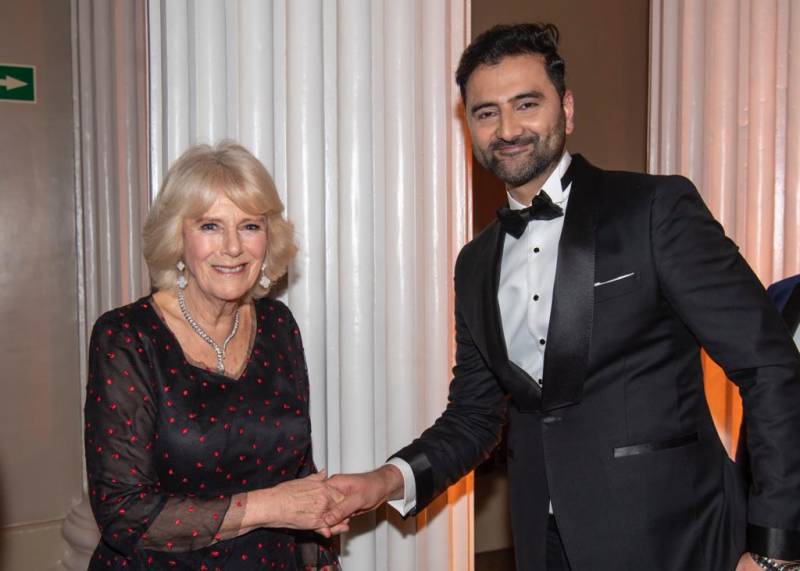 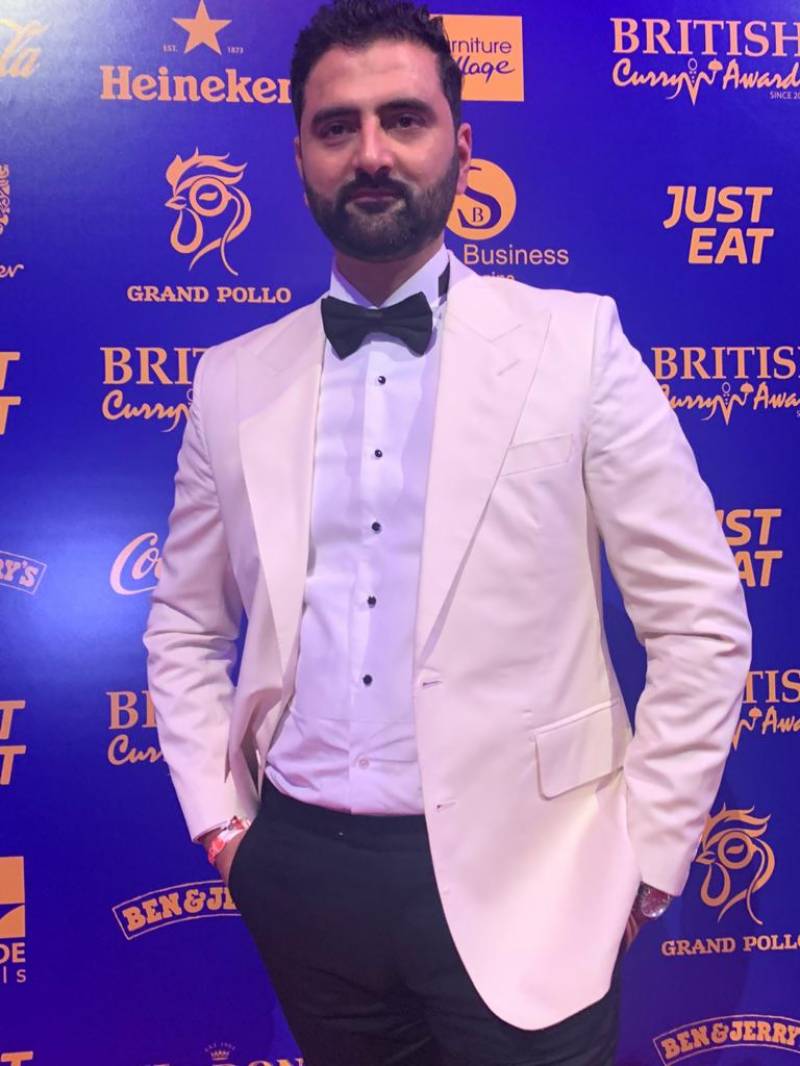 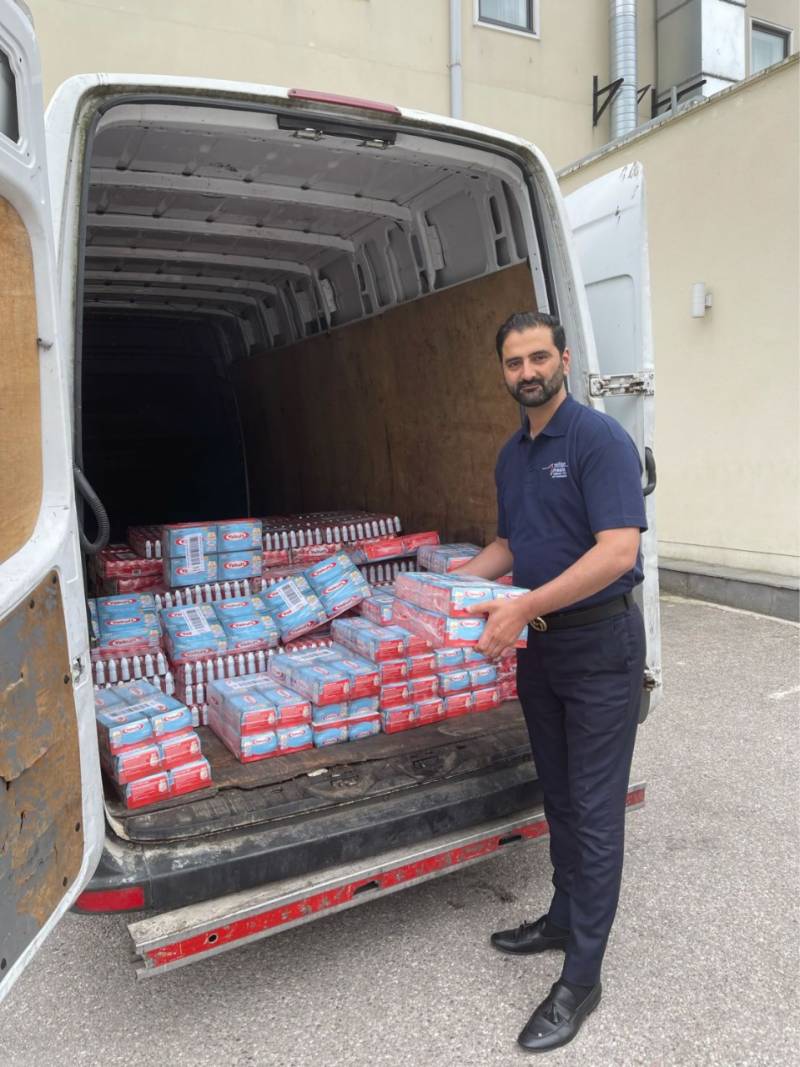 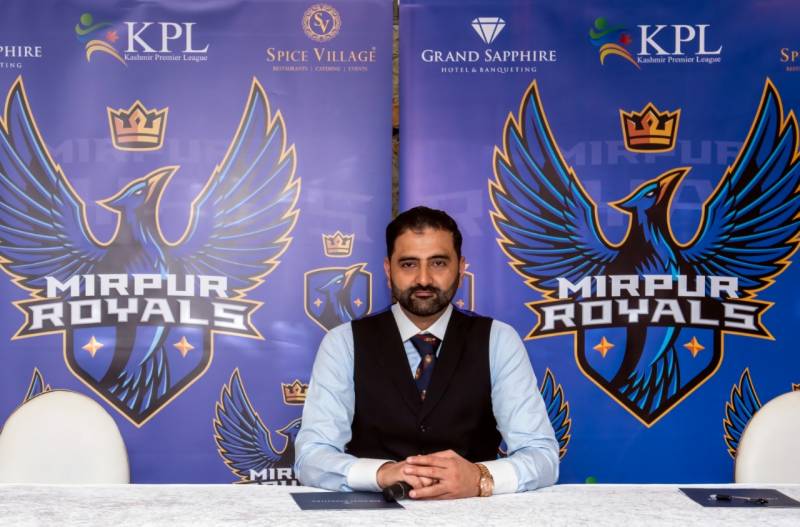 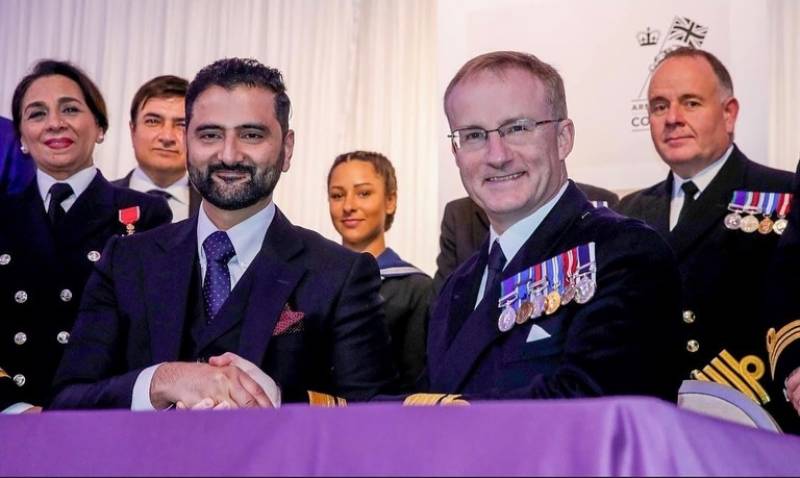 I am a British Pakistani food entrepreneur residing in Britain and founder of the Restaurant chain called Spice Village. Hailing from Rawalpindi, Pakistan I moved to London around 20 years back to seize the opportunities here for building a better future for myself and my family. I started out as a chef in an eatery while aspiring to open my own restaurant one day. I took inspiration from my childhood memories of eating desi food prepared by my mother using various secret recipes. Later on, my brother and I saw the first manifestation of our dreams in the form of a small restaurant with takeaway and minimal seating in Tooting which then grew into a chain of restaurants.  My vision for the culinary business has always been to market my restaurants as a Pakistani restaurant serving Pakistani cuisine. And it’s a point of pride for me being able to bring recognition about Pakistani cuisine, its rich taste and health benefits of our spices.

2. We also saw your amazing work with One Million Meals. Tell us more about the initiative. What motivated you to step into the shoes of a social entrepreneur?

Well, what prompted me to start this whole ‘One Million Meals’ campaign was coming across the story in which an ICU nurse was pleading to the public to be sensitive about buying only the necessary basic goods as there was nothing left in the markets for her to eat after a strenuous shift. At that time, the frenzy struck and people were rushing to the stores panic buying goods in bulk. Soon, the shelves were left empty in stores and supermarkets with

little to no restocking. With the eateries also closed, the NHS staff was left with no means of having meals after their hectic shifts of fighting the war against Covid-19. To support our frontline warriors, I deduced this idea of providing hot meals to the NHS staff.

The campaign was established on April 1, 2020 and I jump-started it with donating 10,000 meals. The campaign was presented as a challenge because that will animate the solicitude of people in Britain, hence the number One Million. This campaign couldn’t have been sustained without my team of volunteers who worked non-stop around the clock. As they say, ‘Teamwork makes the Dream work!’ Teams would reach out to the NHS trusts and hospitals to get the demand we need to fulfil and it was then passed onto restaurants involved in the campaign which provided hygienic food with the minimum charges. We were able to serve thousands of meals thanks to the local eateries who showed perseverance in such difficult times.

Raising capital to support this initiative was definitely a challenge. The prevalent situation of the economy did not paint a good picture. I started a GoFundMecampaign to get crowd funding and reached out to my network for additional support. I decided to reach out to ‘The Proclaimers’ band which turned out to be very beneficial for the campaign as they donated their hit-song 500miles to it.

The campaign was highlighted and received wide media coverage on a global level when the star footballer David Beckham himself announced his support on social media. Support of sports stars like David Beckham and Amir Khan inspired people to come forward as volunteers.

The campaign managed to support 203 locations across the UK. By June 30, we had served 47 NHS hospitals by delivering more than 80,000 meals and nutritious drinks to frontline workers. The advisory board constituted for the project reflected it as it had good numbers from the BAME communities and the mainstream community.

3. Why this step into cricket? You are a celebrated restaurant owner in the UK, why and how did you think of becoming a part of the Kashmir Premier League?

Well, I might be a restaurant owner in the UK, but my roots are Pakistani and like all Pakistani people, I have always been a huge fan of cricket. I remember being extremely excited whenever Pakistan was playing its international matches and now that the Pakistan Super League is here as well, my excitement knows no bounds. So you can say that cricket and my association is very old and very strong. However, my association with Mirpur Royals and the Kashmir Premier League is because of a different reason. My decision of being a franchise owner was driven by my desire to work for Kashmir. As a franchise owner, I am not only promoting cricket, I am also working to promote young talent in Kashmir. For me, Mirpur Royals is a step towards the betterment of Kashmir. For me, it creates a bond between Britain and Kashmir on the basis of sports. For a British national like myself, investing in Mirpur Royals is aimed at investing in the Mirpur community in the UK and the vast Mirpuri community back home with strong ties to the UK. The beauty of the UK’s multi culturalism is that it has help cement ties across the nations and continents like nowhere else in this world. KPL is aimed at promoting Kashmir’s importance and talent at global level and I thought that Ishould play my role in the progress of genuine local talent. Ibought Mirpur Royals with the intention of providing the young Cricket talent of AJK with a quality platform through which they can exhibit their skills while getting exposure from renowned national and international cricketers which would inspire a whole new generation into positivity.

4. How do you think cricket can play a role in the betterment of Kashmir?

Excellent question. To answer this, I have to consider a few factors linked to cricket. Let's go back in history. My country Pakistan, unfortunately saw a complete cut-off from international cricket due to security reasons. This was very hurtful for hundreds of thousands of cricket fans in Pakistan because as I told you before, we Pakistanis love cricket! Now that international cricket is back to normal in Pakistan and the Pakistan Super League is receiving praise worldwide, the world has started to realize that Pakistan is the land of love and peace. This is the perception I want for Kashmir and Kashmiris and by bringing the international game of cricket in Kashmir, I am sure that we can promote the message of love and peace from the people of Kashmir to the world.

Apart from this, I think that bringing cricket back to Kashmir will also promote the young talent of the land of Kashmir. Through the Kashmir Premier League, I believe that we will be offering opportunities to the sportsmen and women of Kashmir while also generating other employment opportunities. I would like to mention here that Mirpur Royals was the first team in the Kashmir Premier League to have signed a Kashmiri Player. Salman Irshad is a rising star from Kashmir and I think his presence in our team shows what Mirpur Royal stands for.

All in all, I believe that bringing cricket to Kashmir will bring opportunities and economic activity to this beautiful land of Pakistan. At the same time, it will give a very strong message to the world that Kashmir and Kashmiris stand for love and peace. This message of Kashmir will be heard world-wide and will hopefully attract more visitors from around the world to the beautiful land of Kashmir.

5. What does the future hold for Mirpur Royals?

Hahah, only Allah knows what the future holds for MirpurRoyals. However, my team and I aim to achieve the goals I mentioned above of bringing cricket to Kashmir and giving the message of peace from Kashmir to the world. We will Insha Allah continue to spread this message in the future as well.

Apart from this, we aim to give our best in this game of cricket. The draft is over and our team is finalized. The squad is wonderful and is full of young people. The presence of the highly experienced Mr. Shoaib Malik and the energy and passion of youngsters is surely going to be a combination to watch out for.

For me, MirpurRoyals is all about promoting cricket, promoting Kashmir and promoting the bond of cricket between Britain and Kashmir.

6. Any message that you want to give to your team?

First of all, I want to thank all of you for being a part of Mirpur Royals. The franchise is only as good as the people that are a part of it. Without you, Mirpur Royals will be incomplete. Cricket is a game of passion and fearlessness and I believe all of you know this art of fearlessness much better than I do.

For me, it is an absolute pleasure to be with you on this journey of cricket and peace. Together we will achieve much more for our game and the people of Kashmir.

There was this beautiful piece of advice I once heard from someone. They said and I quote: ‘We play a sport. It’s a game. At the end of the day, that’s all it is, is a game. It doesn’t make you any better or any worse than anybody else. So by winning a game, you’re no better. By losing a game, you’re no worse. I think by keeping that mentality, it really keeps things in perspective for me to treat everybody the same.”

"I Am Proud To Be A Muslim" - Bella Hadid