Urwa and Farhan: The Lady and The Gent

Urwa Hocane and Farhan Saeed are a power couple of talent in Pakistan’s entertainment industry. Urwa has made a name for herself on screen starring in critically acclaimed drama serials and taking her talents to the big screen in this year’s comedy Na Maloom Afraad, which nabbed a recognition award at the Lux Style Awards and got the actress a nomination for Best Actress. Farhan, who’s been a pivotal member of the Pakistani music industry, has also taken his turn in front of the camera and walked away with not one, but two awards for Best Singer this year for ‘Roiyaan’ at the HUM and Lux Style Awards.

We got to get inside the minds of the young, hot couple and learn about how they met, their relationship and their careers!

How did the two of you first meet? What did you first notice about one another?

Farhan Saeed: We met through a common friend at a get-together. We really got along well at our first meeting that’s something that attracted me the most.

Urwa Hocane: Met at a friend's get together in Lahore.

Is there a special memory tied to that day?

FS: We met each other for the first time, what’s more special than that!

UH: It will forever be one of the most unforgettable and beautiful days of my life!

Describe one another in 3 words.

FS: Beautiful, caring and a fighter!

UH: Farhan is extremely humble, has a positive vibe and has an amazing energy to be around. 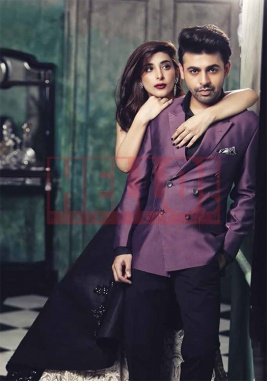 Had you seen each other’s work prior to meeting?

FS: Not really. I knew that she’s an actress, but I was never into dramas and her film wasn’t released yet. For the first time I saw her film was when I was with her at the premier and I was quite impressed!

UH: I wasn’t really into Pakistani music before I met Farhan, but yes I did know of him as an amazing singer!

What is it like when you collaborate on a project?

FS: Depends on what kind of project is it, I loved our first venture together that was the music video of my track ‘tu thori dair’. We compliment each other on and off the screen and I feel motivated when she’s around. In acting, we really don’t have to act, we act ourselves on screen too. I personally believe our best work together is yet to come.

Was there any reservation about sharing your craft with one another, or was it natural being in your line of work?

FS: Not at all. In fact, it helped us a lot, as we both shared the same line of work. It makes it easy for you when you understand each other’s profession.

UH: I would second Farhan on this one.

FS: Yes. I like to share everything with her especially if I am happy about something. It makes me even happier to be sharing it with her. Even if something does not work out, I am still happy to have her to share it with. If there’s an acting project, I definitely get her thoughts on it, as she’s been in acting since before me and knows this field better than me.

UH: Of course we do - we discuss and suggest to each other what we believe is best for us.

Farhan, when approaching your music, where do you draw inspiration from?

FS: From anything to everything. From personal life to tours to anything that’s happening around us. My biggest inspiration comes when your work is being praised by your fans or by the industry in which you work.

Do you have a writing process, or does it change from project to project?

FS: I wish making and writing music was some process! It comes to you in such ways that it surprises you every time, but then that’s the beauty of music; it defines you. 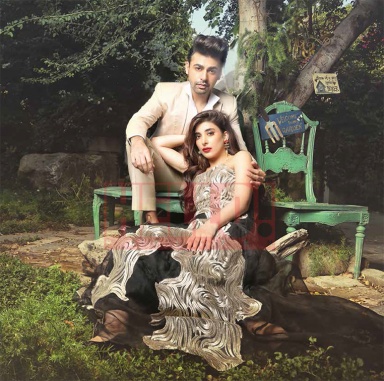 How invested are you in the growth of Pakistani cinema? Do you have plans of being part of films at the moment?

FS: One of the biggest achievements of Pakistan over past few years is the revival of our cinema and that makes me really happy in so many ways. The biggest medium with which we can achieve so much as a nation is finally on its feet and keeps getting better. Absolutely, I would love to be a part of our cinema and serve it to make it even better both as a musician and an actor.

UH: I have two more films coming up Insh’Allah and I am very happy to be a part of Pakistani cinema revival through Na Maloom Afraad. It was one the best decisions of my career.

What draws you to the roles you chose? Are there any roles you actively avoid?

FS: I have only done three acting projects so far, out of which two are released and one is yet to be released. It wasn’t a difficult choice to choose so far, as it was pretty close to who I am in general.

UH: I read the scripts thoroughly. I listen to my heart when it comes to picking projects and everything else in life.

FS: Yes, there are certain roles which I would love to do in future; it makes me excited just thinking about them. I’d love to be part of a beautiful romantic flick and would love to win her on screen too.

UH: Dream project might be just around the corner!

FS: 2015 has been really kind, ending it with a lot of concerts both in Pakistan and India. That goes on throughout November and December.

I’m starting 2016 with a dream come true, an acting project. Hopefully, next time we talk, I will be able to tell you more about it.

UH: A lot of projects and work is in the pipeline and 2015 has been one amazing year as well. I’m so thankful for more and more love I receive for my work, with every passing day. Life is beautiful.

Did you enjoy your day spent with the power couple? Leave your comments below!

From Real Life To Reel Life: Urwa and Farhan To Star in Upcoming Eid ...