IS IT REALLY #ALLMEN 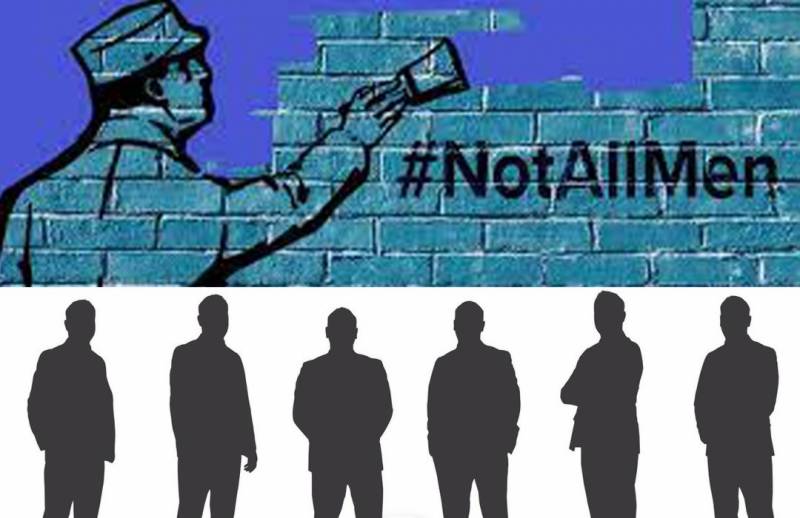 #ALLMEN refers to a social media phenomenon of why women feel threatened by all men. People in response have come out with the hashtag #NOTALLMEN, but it truly is all men because it's not about men. It's more about the threat that men are to women in our society today. It's about the capability that men have to harm women.

In our society today, women are constantly taught from a young age to be cautious of where they are, to trust nobody, and to always be on their guard. So, when we say #ALLMEN we are saying that we feel a threat from any man around us because we don't know what they are capable of, but whenever people hear this term, a negative image is portrayed in their minds.

When people hear the term all men, they think that feminists hate men. Feminist women are trying to be men, and they easily point out how we have fathers, brothers, and male friends, yet we blame men for all the negativity around us. The thing is, as a person I might trust my brother and father, or even my male friends but there is no reason why another woman should.

According to statistics, 97% of women get harassed in workplaces and the youngest age to get cat-called or harassed on the street is the age of nine.

Furthermore, according to the Peace and Security Index, Pakistan ranked 164 out of 167 countries for women's safety, and with the number of rape cases and honor killings, we see on the news every day women are truly afraid of what men are capable of doing to the opposite gender.

So, in conclusion, it is all men, and we will say all men until men show us why they can be trusted. It will stay all men until women can go out of the house safely without feeling the need to carry a weapon, and it will stay all men until women have to stay quiet about the abuse, the harassment, and the rape they have to deal with by the hands of men. We are not saying that all men are rapists or killers, but that doesn't mean women are not threatened by men. Yes, women can be harmful too, but the ratio is very disproportionate, and men are truly more dangerous than women.

As a society, we need to raise boys and teach men how they should act so #ALLMEN could change to #NOTALLMEN.