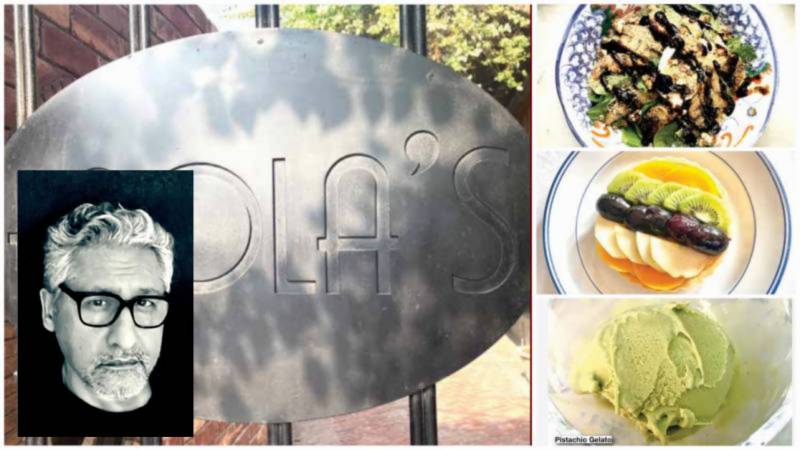 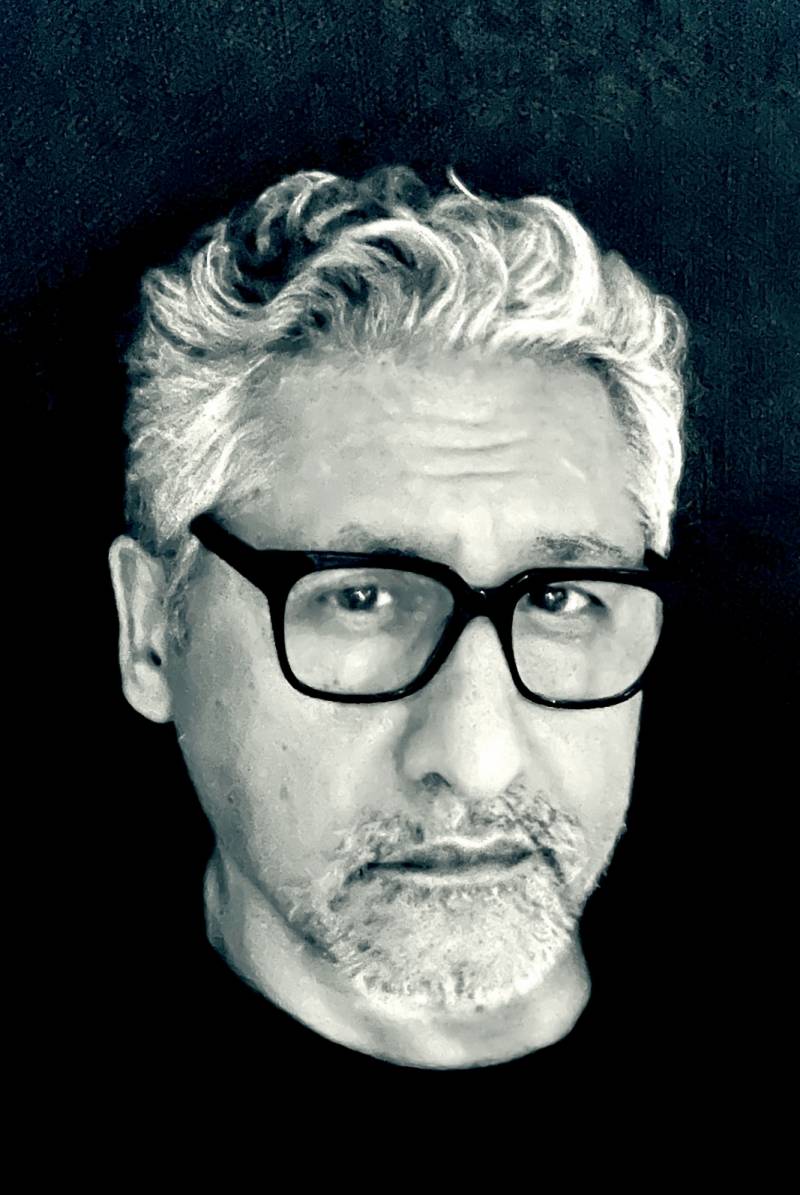 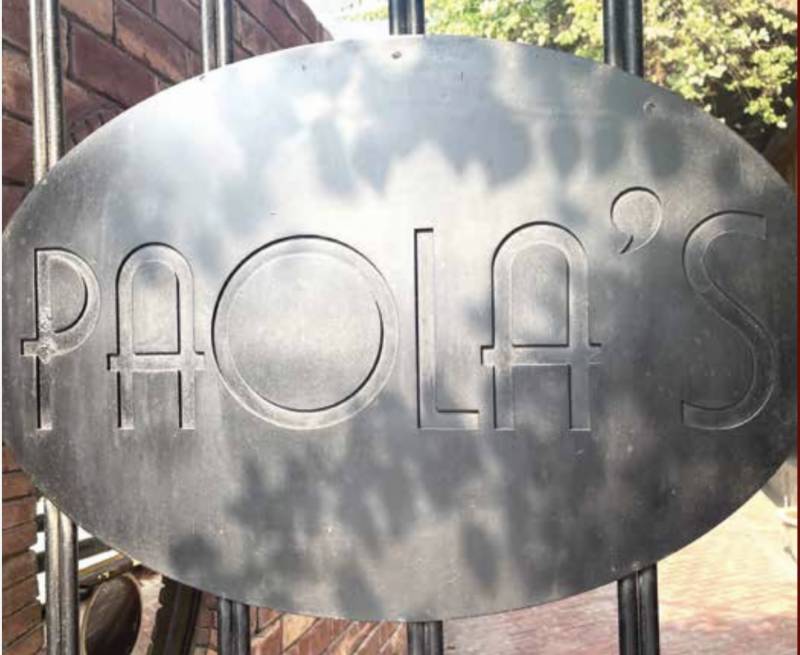 Paola’s a rebranded restaurant intro- duced in conjunction with Cosa Nos- tra (a go to Restaurant of Lahore). Paola’s menu is an extension of Cosa Nos- tra old school classics and an introduction of new dishes so to entice our palate. The new menu isn’t confined to Italian dishes but now it has crossed over to the Medi- terranean and Mexican cuisines.

The décor of the place is somewhat classic as it has been for a long time as Cosa Nostra with small changes. There is an inside and outside seating. We opted to sit out as we just can’t miss the cool pleasant weather in Lahore. The outside though rustic really needs a face lift especially when it comes to the furniture. 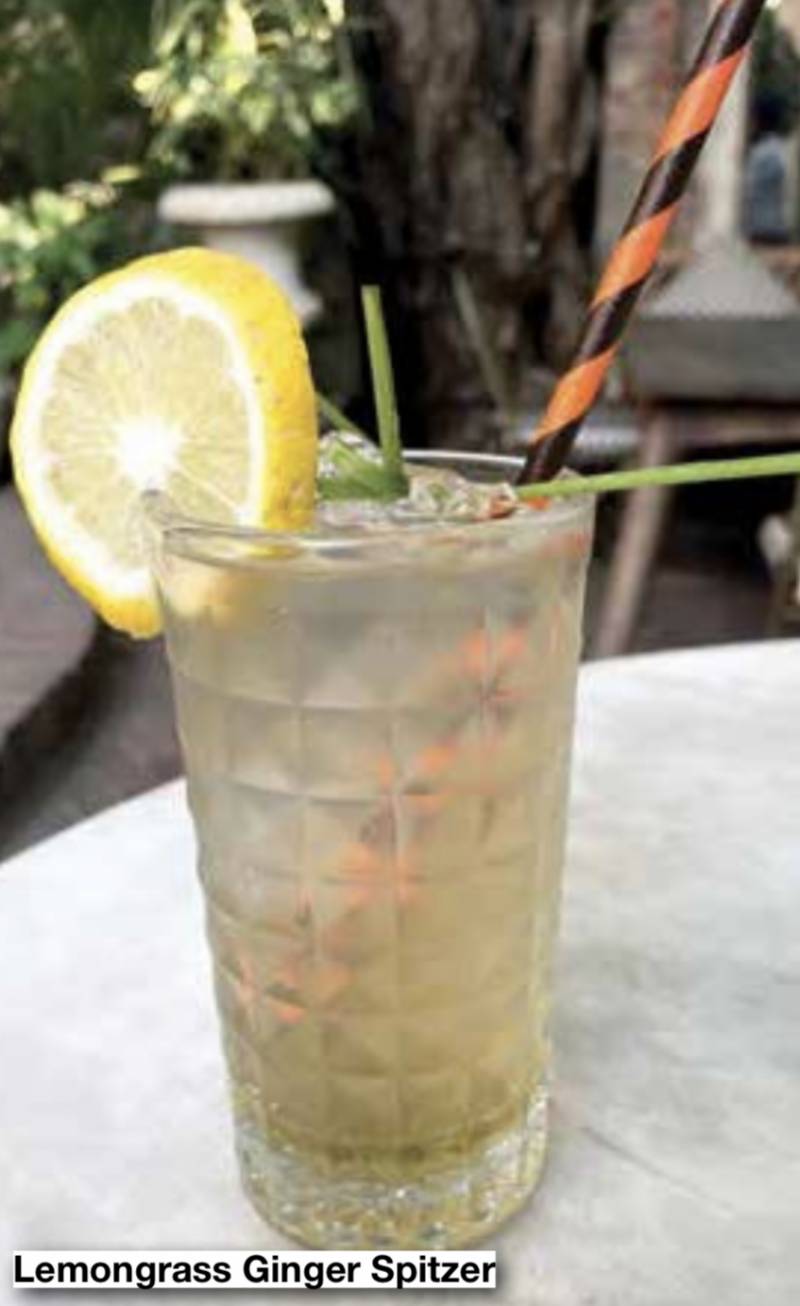 The staff outside was very attentive but there were no table settings understandably as they tend to get dirty. They came and set the table up with napkins and condiments. The cutlery, glasses and plates were clean and nicely laid out. 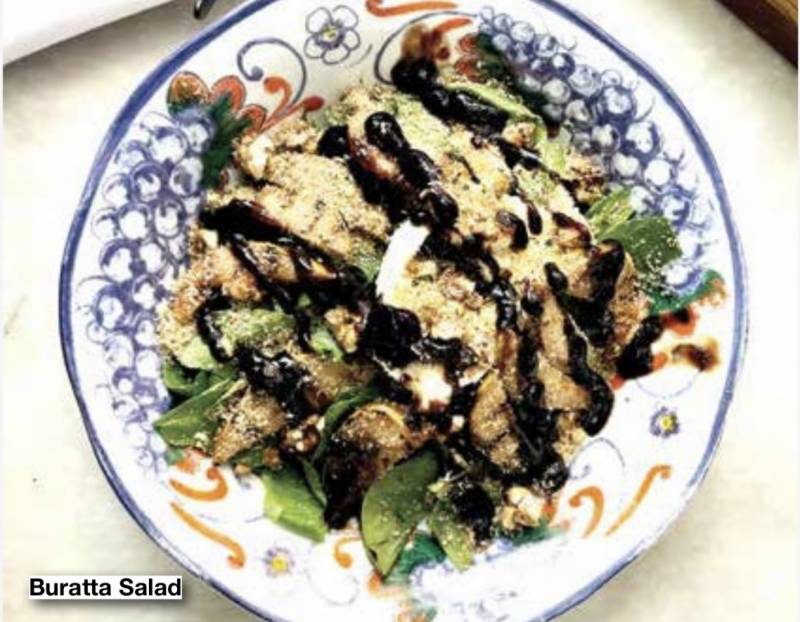 A self-explanatory drink. It had the sugary syrup in the base with a bit of bitterness and some sparkle. It felt somewhat flat and had some taste of lemon but lemongrass or ginger tastes were nowhere to be found. It was presented nicely with a lemon wedge and a funky straw. 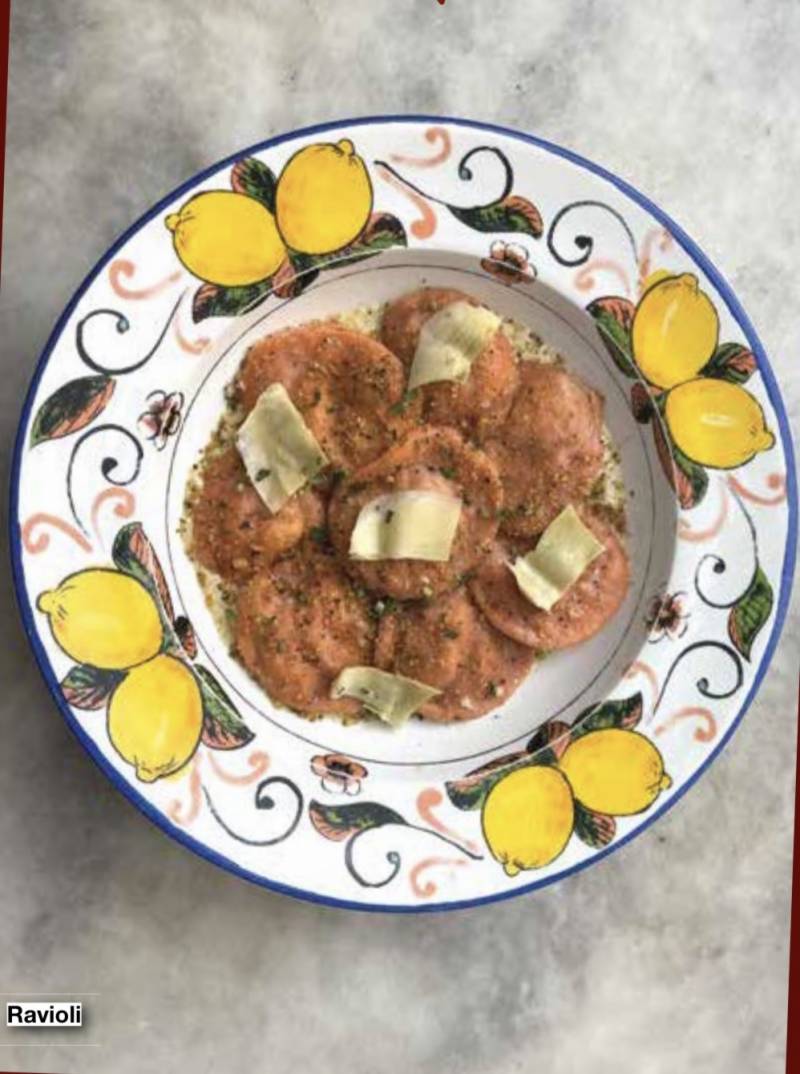 A Spanish dish consisting of sizzling prawns, garlic chili olive oil, parsley and Pagnotta. The chili oil and garlic consistency were excellent and if you added few drops of lemon, it brought a little lift to the dish. The shrimps had no smell but they were over cooked and had become a bit tough. One fundamental issue, there was just way too much oil in the dish. The dish only needs a little bit of oil. When shrimp sits in this much oil, it will seep in the texture and make it more tough and greasy which it did to the dish. Pagnotta is a light Italian bread which has a lighter and crispier shell but soft on the inside. It came fresh, warm, flaky, crispy and carried all of its deliciousness. When serving, they should either slice it or serve the whole loaf on the plate, breaking it by hand and serving is just sloppy. 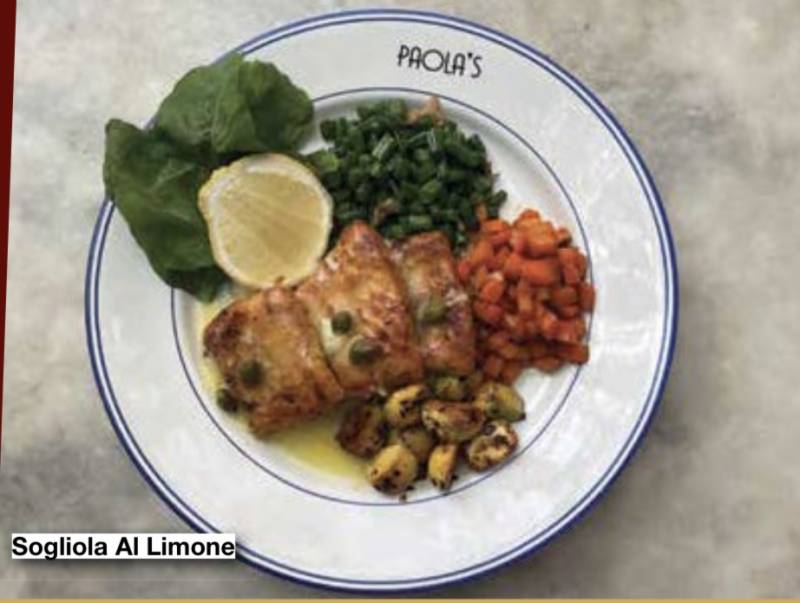 Sole fish, rocket, buttered carrots, garlic beans, spiced zucchini with lemon caper sauce. Sog-Li-Ola, is a delicious sweet versatile fish that can be steamed, grilled or seared. In this case it was pan fried. There were three pieces, one thicker and two slightly thinner. Since all of them were cooked together, the thicker piece was perfectly cooked but the thinner pieces were a bit dry. The beans were crispy, the carrots were nicely glazed, and the zucchini had a nice spicy zing to it. The lemon caper sauce consistency was just about right expressing butter and light hints of lemon topped with capers. One fundamental mistake, when the fish is pan fried, the crisp of it ought to be enjoyed. In this case they had put the fish on the sauce which made the fish soggy. Although, If you ate the fish with fresh rocket, it elevated the taste and brought it up a notch. 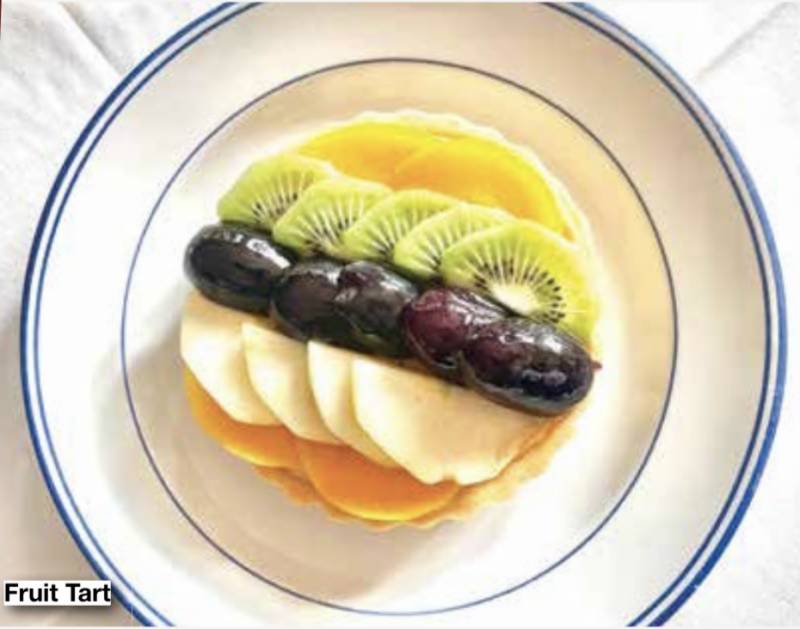 Smoked chicken, parmesan cream, artichoke petals, cracked black pepper with garlic breadcrumbs. The Ravioli was Al Dante and had a fantastic bite to it. The smoke in the chicken was very apparent. The chicken was a bit dried up in the ravioli but once eaten with the parmesan sauce, it produced an edible taste. The peppery, creamy parmesan sauce was okay but there was a bit too much of it.

Freshly, beautiful looking fruit tart had a great crust to it. The fruits were nice and crisp, although they should take out the seeds from the black grapes. It wasn’t too sweet and carried the fruit and sugar combination well. I didn’t think it was vanilla custard in the base, but the filling was okay and complimented well. It’s a big enough tart which can be shared easily among two people. 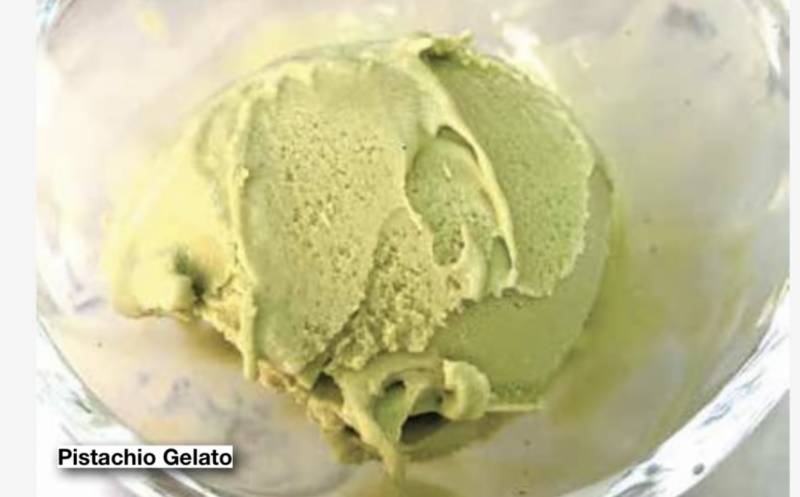 Delicious, delicious and just delicious. Creamy, silky, smooth with hints of pistachio that you wouldn’t want to share. Bravo, a must have. 143   Pistachio Gelato

Review: Zaatar Offers A Blend Of Healthy and Flavoursome Food