CRASHES & CONTROVERSIES: WAS THE SAUDI ARABIA GRAND PRIX A RED FLAG FOR VIEWERS? 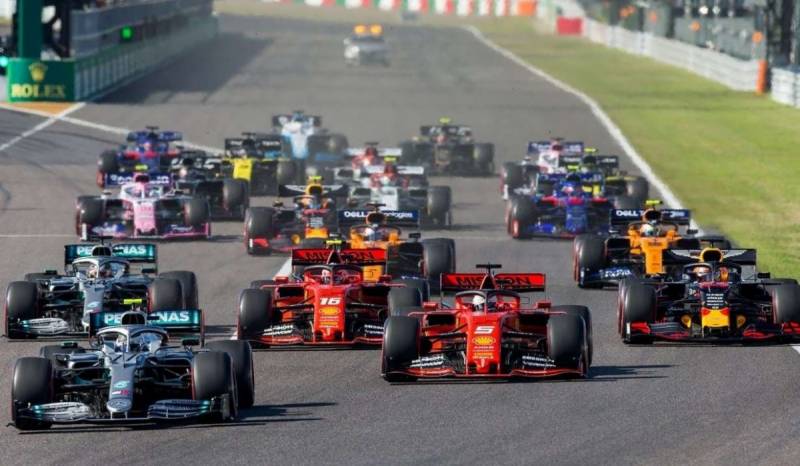 Did you miss out on the most chaotic and eventful race weekend of the season in the history of formula 1? That’s right, the Saudi Arabia Grand Prix on the newest Jeddah corniche circuit took place on Sunday, December 5th, and let us tell you, it was chaos!

With the season coming to an end, defending champion Lewis Hamilton is on the throttle with the Red Bull champion just on his tail. This weekend was full of crashes, red flags, and controversial verdicts.

The race commenced fairly clean with the top five lead drivers holding their position, with others behind fighting to overtake. It went on smoothly until 10 laps down and the Haas driver, Schumacher lost control of his rear and crashed into the barriers heavily - resulting in immediate calling for a safety car.

However, Mercedes took this FIA call to their advantage and got both of its drivers to pit and get fresh hard tyres to keep their lead in the race. Beyond any doubt, the Mercedes were smiling in glory because they knew they could conveniently fall within DRS range and take their lead back from Verstappen.

Things were looking great for Totto and the Mercedes team when unfortunately their moment of glory was cut short as soon after a red flag was waved and all cars had to retreat to the pit wall. A major plus point and the only must I add of a red flag is that mechanics get ample free time to prepare the car to take off at an excelling pace. This meant that Verstappen got to keep his lead but Hamilton was fast enough to overtake him as soon as the cars were back in the corniche. Nonetheless, Verstappen was determined to keep the lead and went off track and wide-sided Hamilton to get the position back. Meanwhile, further down the track another massive crash occurred involving Mazepin and Sergio Perez and the drivers saw another red flag.

As per Formula 1 rules, drivers must stay within the white lines and since Verstappen hampered with that he had to undergo a five-second penalty and was also ordered to give the lead position back to Hamilton from Mercedes. However the transition did not go as smoothly as planned - while Verstappen slowed down, Hamilton ran into him from the back and there was an immense commotion. Although a very furious Hamilton claimed that he was brake tested, it could simply just have been some miscommunication from either of the drivers’ end.

In the end, the pole position went to Lewis Hamilton, the Mercedes driver followed by Max Verstappen and Valtteri Bottas. With the championship at stake, there was immense high tension drama on the tracks as well as from the Stewards. Max, later in an interview commented that formula1 has now become more of the white lines and penalties other than the actual racing which is a shame. Is he implying that rules are meant to be broken or is he just disappointed at the Stewards for favoring Mercedes?

Without a doubt, we can say the final will be a tough call, for both drivers have an equal standing of 369.5 points. May the best man win!