The newly out song Mein Urra from the most anticipated film of the year - Parwaaz Hai Junoon comes right in time to both honour and celebrate the spirits and efforts of our brave heroes on Pakistan’s 71st Independence Day who laid their lives while fighting till the very end for our beloved motherland. 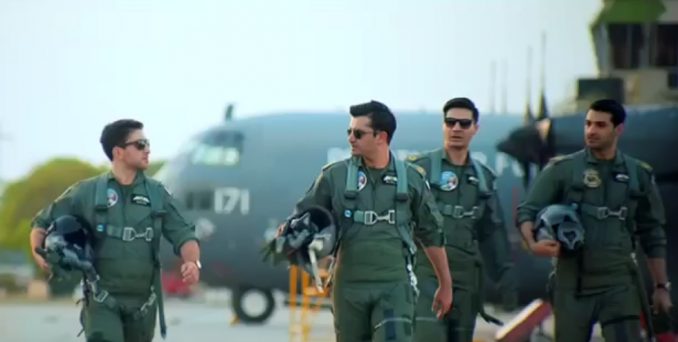 Mein Urra sung and composed by the maestro Shuja Hyder would instantly uplift your fervour as a Pakistani, awakening the winner in you who believes they can achieve milestones as high as it gets. Both the vocal and lyrics are hard-hitting which makes this song go down the history and be revisited time and again amongst classic patriotic melodies of Pakistan!

The video is a treat to watch featuring our good-looking stars as air force officials flying high in the sleek airbuses, capturing some incredible shots of the blue line sky.

From the makers of Bin Roye, directed by Haseeb Hassan, produced by Momina Duraid, written by Farhat Ishtiaq and distributed by HUM Films, Parwaaz Hai Junoon is set to release worldwide on Eid-ul-Adha 2018!

WHY IS AHAD RAZA MIR BEING CRITICIZED FOR HIS ROLE IN NEW DRAMA 'HUM ...

Reach For The Sky: ‘Parwaaz Hai Junoon's’ Teaser Is Out

Parwaaz Hai Junoon Poster Is Out And We're Swooning