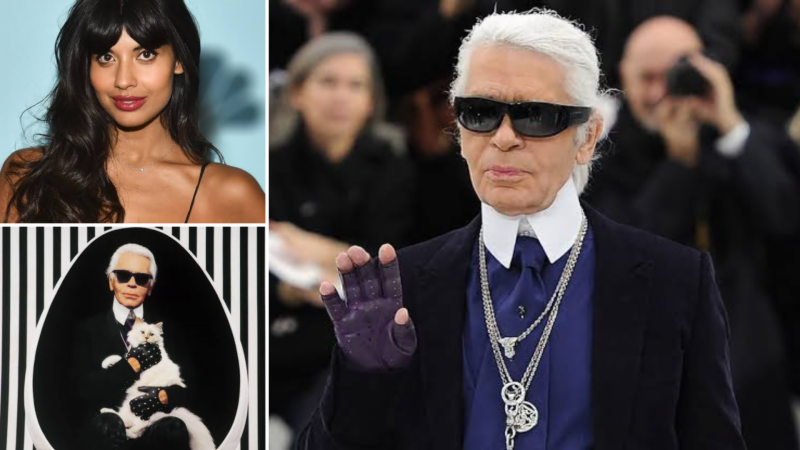 The Met Gala, also knows as the Costume Institute Benefit, will be held on May 1, 2023. The theme of next year’s Met Gala has been announced and it’s ‘Karl Lagerfeld: A Line of Beauty’ in honour of the late Chanel creative director, who died in 2019. The exhibition will be on display at The Met Fifth Avenue in the Tisch Gallery from May 5 to July 16, 2023. This will be the Met's third designer-based theme, after Alexander McQueen in 2011 and Rei Kawakubo, founder of Comme des Garçons, in 2017.

What is so controversial about him that people are hating this theme?

Over his 65 years in fashion, working with houses such as Chanel, Fendi and Chloé, Lagerfeld built quite a reputation. Not only did he make waves in changing the course of fashion with his innovative designs and theatrical flourishes, but his less-than-savoury opinions on issues spanning sexual assault, race and size tarnished his image.

‘This man... was indeed, supremely talented, but used his platform in such a distinctly hateful way, mostly towards women, so repeatedly and up until the last years of his life, showing no remorse, offering no atonement, no apology, no help to groups he attacked... there was no explanation for his cruel outbursts,’ Jameela Jamil said on Instagram. ‘Sorry, but no. This isn't the 90s. We didn't fight all this shit just to throw it all away because some white guy made some pretty clothes for people's skinny faves... come on now.’

Lagerfeld was outspoken about his belief that runway models should be sample-size models, meaning that they shouldn't be over a size UK six. ‘No one wants to see curvy women,’ he said. He defended fashion's obsession with thin women, calling fatness ‘dangerous and very bad for the health’. Lagerfeld also said, ‘You’ve got fat mothers with their bags of chips sitting in front of the television and saying that thin models are ugly. The world of beautiful clothing is about dreams and illusions.’

Lagerfeld famously disapproved of the #MeToo movement. In 2018, a year before his death, he said, ‘If you don’t want your pants pulled about, don’t become a model! Join a nunnery, there’ll always be a place for you in the convent.’ ‘What shocks me most in all of this are the starlets who have taken 20 years to remember what happened. Not to mention the fact there are no prosecution witnesses,’ he said.

'Why is THIS who we celebrate when there are so many AMAZING designers out there who aren’t bigoted white men?' the actress posted, calling the way Lagerfeld spoke about marginalized groups, especially 'Muslim refugees,' as 'disgusting.'

Captain Salehyar Janjua Leaves Behind Videos In Flight With The Theme ...