THE TURN OF THE CENTURY 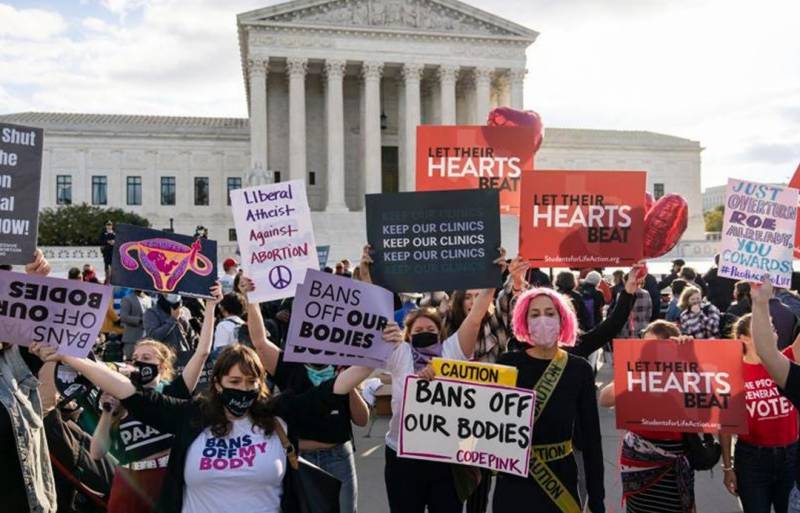 The supreme court on June 24th, 2022, in a historic decision, overturned Roe V Wade and illegalized abortion in America. Many states in America have completely illegalized abortion while other states have made exceptions to this rule such as Utah which has an exception in the cases of rape and incest. The illegalization of abortion is not only targeting female bodily autonomy but also increasing inequality of resources for both women and children.

In a nutshell, Roe V Wade was a landmark decision of the US supreme court on 22nd January 1973 which protected the rights of a pregnant woman to get an abortion if she chooses to. Now as this decision has been overturned it puts a burden on the female health care system and the process of raising a child.

One of the biggest setbacks of this decision will be the fact that women who are forced to go on with an unwanted pregnancy and raise a child will experience poverty and will live below the federal poverty level for at least five years of their life. This means that women and children will face poor living conditions and increase the poverty level of the country. Not to mention the children will grow up with inequality of resources.

Furthermore, we are just coming out of a pandemic so parents will have to make tough decisions on what to prioritize and what to ignore. Should they give up on their meals or on health care? Situations like these will only further worsen the economic crisis in the country. Research further proved that women who are denied abortions are less likely to get full-time jobs and are more likely to live off government assistance programs.

The republicans that voted to overturn Roe V Wade are the same people who believed it was against their rights and bodily autonomy to be forced to wear a mask. The overturning of Roe V Wade is seen as a measure of protecting children by pro-lifers, but we can only ask if they are so keen on protecting children, why are gun reforms and laws not passed? The USA as a whole faces the most school shootings in the world which means that children are not safe at school and are at risk of their lives just for stepping foot into a classroom.

Furthermore, Abortion is a major part of female health. Firstly, a woman can be charged in cases of child abuse, homicide, and feticide for seeking out abortions. This has also created widespread panic in women when reporting miscarriages or complications in their pregnancies in case that is misdiagnosed as an illegal abortion. Illegal abortion has a 15-year jail sentence only further increasing the fear and risk of getting wrongfully jailed.

The conclusion of the matter is that the USA can only ban safe abortions because people will still seek out abortions even if it risks their life. Due to dangerous abortions, women will also be more susceptible to death due to the procedure. In order to protect children, not only should the government implement gun reforms but also work on providing sex education, contraceptives, and planned parenthood. Moreover, there are around 443,000 orphans in the foster care system so instead of banning abortions and possibly increasing the number of orphans in the country, the government should work on protecting the rights of orphans so that they don’t get abused in the foster care system and people should be encouraged to adopt.

When this decision was made not only were protestors and people enraged. Many celebrities and politicians came out and used their social media platforms to put a light on the injustice this decision brought to the woman of the country.

The turn of the century only took away the fundamental rights of a woman to raise the children that they want. This historic decision has further taken away women’s power over their own bodies and lives. This is just another setback for women and while we hope to increase our rights and fight the patriarchy, this decision is a loss for women all around the world. We may like to look back at vintage eras, but it seems like we went back in time in the worst way possible. We can only fight back and hope we can win back this constitutional human right for the woman of America; the woman we stand with and fight for.